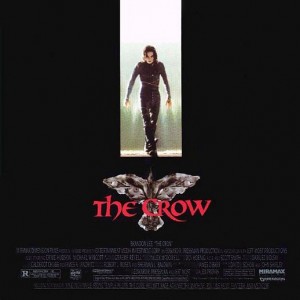 The Crow was one of the biggest cult movies of the 1990s. Starring Brandon Lee and based on James O’Barr’s graphic novel series of the same name, it inspired late 20th century gothic fashions and introduced a new generation to some great tunes thanks to its alternative soundtrack. And now, it’s one of the latest films to get a modern reboot.

The original movie told the story of rockstar Eric Draven, who sets out to avenge his and his fiancée’s murders. Production for the reboot is expected to begin this year with fantasy film maker F. Javier Gutiérrez as director and The Hobbit actor Luke Evans in the lead role. Evans has told journalists that the new film will be loyal to the original comic book and not just a remake of Brandon Lee’s last movie although we’ll have to wait a bit longer to find out as the release date is yet to be announced.

Celebrate the news with Alchemy’s new necklace, A Murder of Crows [P677]. 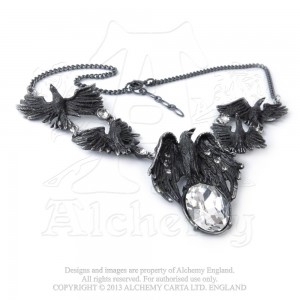 This intimidating yet breathtaking piece is accented with Swarovski crystals and made from polished black pewter. It goes beautifully with our Flocking Ravens bracelet [A101], which is designed to protect the wearer and transport them to magical places.