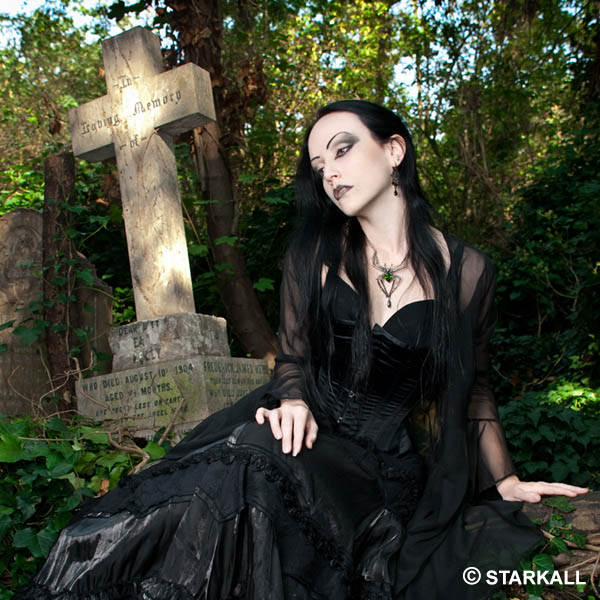 I have avoided the answering the dreaded WIG question for some time, mainly because in truth there is no one answer and certainly none anyone will agree on. Like religion and politics this question has dominated countless chats and discussion boards to the point where Godwin’s Law is the only resolution.

First let’s get the history bit out the way. Goth arose as an underground music subculture with a new wave of bands emerging from the vestiges of the punk scene. These bands were labelled “goth” by the music press and even by some of the artists themselves owing to the roots of the word developed from the meanings of barbarous (from the Germanic tribe “the Goths”) which was later applied to a style of architecture used mainly for spiritually significant buildings (a style deemed as barbaric in relation to the clean Classical style some claimed to be superior) and then later to literature and art with dark and mystical themes. This encompassing word seemed to fit the murky and brooding sounds that were emerging in the early 80s. Many of the lyrics ran true to the genre too and in such a way the word “Gothic” got a new form of art attributed to it – music. Along with this (as true of any subculture) came a mind-set, aesthetic and way of life. (see http://www.scathe.demon.co.uk/histgoth.htm for further info, a great site written by one of the UK’s goth elder elite)

So now… what does Goth mean to me?

The thread that seems to run through all the encompassing elements is beauty in darkness. This can mean many things: finding a small place of light in a dark time in your life; rejecting the dogma that just doesn’t make sense to you; seeing the beauty in things that others may miss – or even worse – may spurn; knowing that you have to accept the darkness to see the stars. The commonality is that we all have a little darkness within ourselves, and we choose to create something beautiful rather than destructive. That’s why so many of those in the Goth scene are artisans of one type or another, even if your art is simply the way you adorn yourself and weave through the dance floor.

Goth starts off as an escape for many. When you come of age and realise that for some reason you don’t quite “fit” with the rest of the world, it can be a horrible experience. Many find solace in Goth and through it discover they are not alone. This is perhaps the reason many of the clichés of Gothdom are sombre and depressing to most. However we’ve chosen to embrace these notions and remove their power over us by making them our own. As we grow in Goth, a definite dark sense of humour develops as we come to terms with our sadnesses and develop strength and uniqueness through our trials. 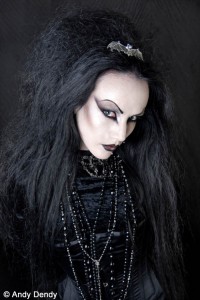 Goth is an honest, raw understanding varnished in velvet, lace and black painted smiles. Making the mundane magic and giving our inner monologue a reply. We should not forget the music that gave birth to this scene and the art that continues it, and while the accoutrement falls in and out of mainstream fashion it’s important to know Goth is more than simply the clothes you wear. I guess that’s one of the reasons I rate Alchemy Gothic as quintessential scene regalia. While they play with the overt trappings of the Dark Cultures, weaving them into wonderful works of art, the company is borne from a patron of the punk scene who has continued to live his passions and chosen to share them with the world in this genuine craftsmanship for each of us to now make our own. That’s why I’m honoured to have been invited to share some of my thoughts and adventures here and chose this topic as my introduction.

So remember, whatever label ends up chiselled into your gravestone, be sure it’s inked with heart, soul and integrity and then no one can ever take it away from you…