The Original Lord of the Undead To Rise from the Grave. Again. Twice… 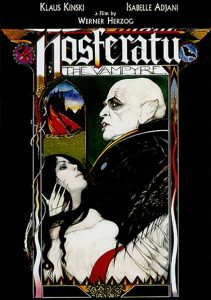 Horror fans seldom greet the news of yet another Hollywood remake with much enthusiasm. It usually involves a well-loved classic being cynically resurrected as a cash-in. But if the team behind the revival are sufficiently interesting, or the film in question adequately iconic, then its possible to make exceptions. And there are few horror movies more iconic than the silent German vampire classic Nosferatu. Released back in 1922, and directed by Frederich Murnau, Nosferatu remains a tombstone landmark in the history of Gothic art, more significant than a mere movie.

Some experts identify it as the first true horror film – the first film made with the sole intention of terrifying its audience. It is also arguably the first true vampire film – previous productions had treated vampires as sinister mortals – unlike the undead supernatural predator that stalks through Nosferatu. It also represents a last echo of the true vampires of folklore. Unlike the sexy creatures of the night popularised by Hollywood, the foul walking corpses our ancestors dreaded were grotesque not glamorous. Count Orlok, the vampire villain of Nosferatu is a vile entity in that old tradition. The film also associates vampirism with plague – something frequently found in historical accounts, but routinely overlooked in modern vampire film and fiction.

The man responsible for Nosferatu’s authentic elements was Albin Grau, who not only produced and supervised the film, but was an active occultist who wanted to introduce realism into supernatural cinema. If you look carefully, for example, you can see real magical symbols on the documentation in the movie. Grau claimed that Nosferatu was inspired by an experience he’d had while serving in the First World War, when while stationed in Serbia he encountered an authentic vampire case. Yet when they employed a scriptwriter to flesh out the story, he borrowed large elements from the most famous vampire tale of all time, Bram Stoker’s novel Dracula. 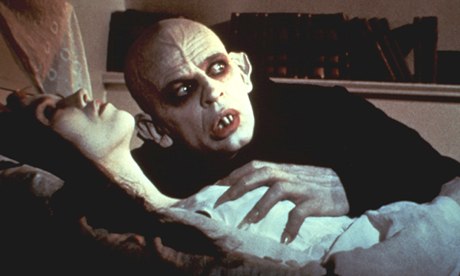 Even though they changed large parts of the book – Count Dracula became Count Orlok, the story’s English settings were relocated to Germany – Stoker’s widow got wind of the production and sued. She won, and the court ordered all copies of the film destroyed for copyright violation. Happily some copies escaped, but the film’s troubled history helped build its mystique. That legendary status was further enhanced when critics noticed that the actor playing Orlok was named Max Schreck, his surname meaning ‘dread’ in German. Surely it must be a stage name? Early searches for further details on the actor turned up nothing, leading to a wild theory that Grau had employed a real vampire to star in his occult masterpiece.

More meticulous subsequent research revealed that the mysterious Schreck was but a mortal actor, with an extensive filmography of other films to his name. But by then the myth had become irresistible, and in 2000 a film was released, entitled Shadow of the Vampire, dramatising the shooting of Nosferatu. Willen Defoe plays Schreck who, true to the rumour, is a bona fide bloodsucker. It wasn’t the first film to revisit Murnau’s masterpiece. In 1979 the esteemed German director Werner Herzog released a remarkably faithful remake entitled Nosferatu the Vampyre, with the intense, eccentric actor Klaus Kinski taking the title role, now known once again as Dracula. 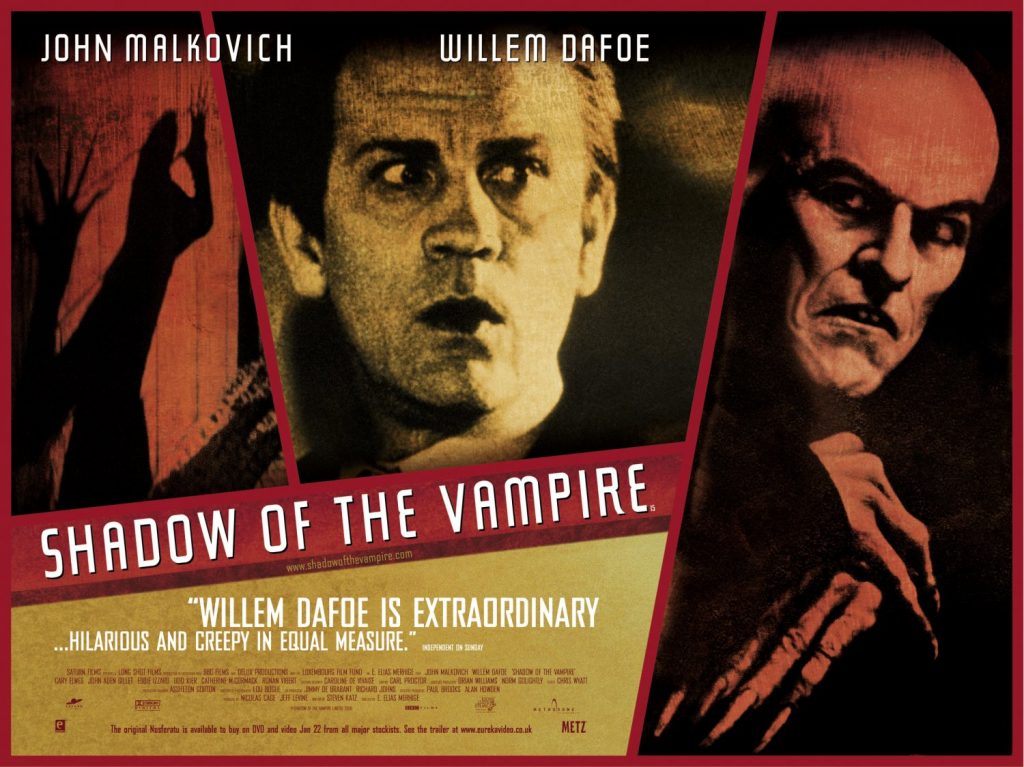 Recently, it was announced that director David Lee Fisher had begun shooting on a new version of Nosferatu, combining original footage with newly shot material. Then it was announced that Robert Eggers was to write and direct yet another version of the 1922 vampire classic. This triggered particular excitement in the horror world, as Eggers’ atmospheric, recent period chiller The Witch was very well regarded by fans. (Though not everyone took to it – to see what we thought of The Witch, check out our review of its Welsh premier last year https://www.alchemyengland.com/site/index.php/2015/12/terror-in-the-valleys/ ) Eggers has another project to complete first, so only time will tell which of these two new takes on this immortal horror classic live up to their legendary inspiration.

We’ve also been inspired by this landmark vampire masterpiece here at Alchemy. Our Nosferatu’s Rest Pendant [P183] depicts Orlok in unholy slumber in his coffin, while the Nosferatu’s Hand Belt Buckle [B24] replicates the vampire count’s menacingly slender fingers reaching for an unsuspecting victim… 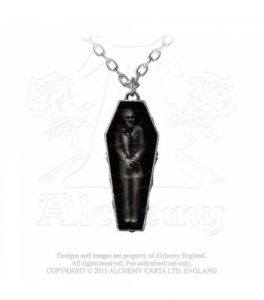 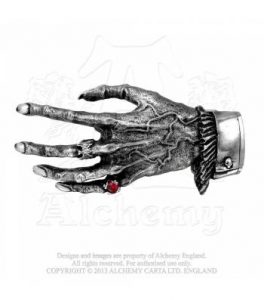