Terror in the Valleys 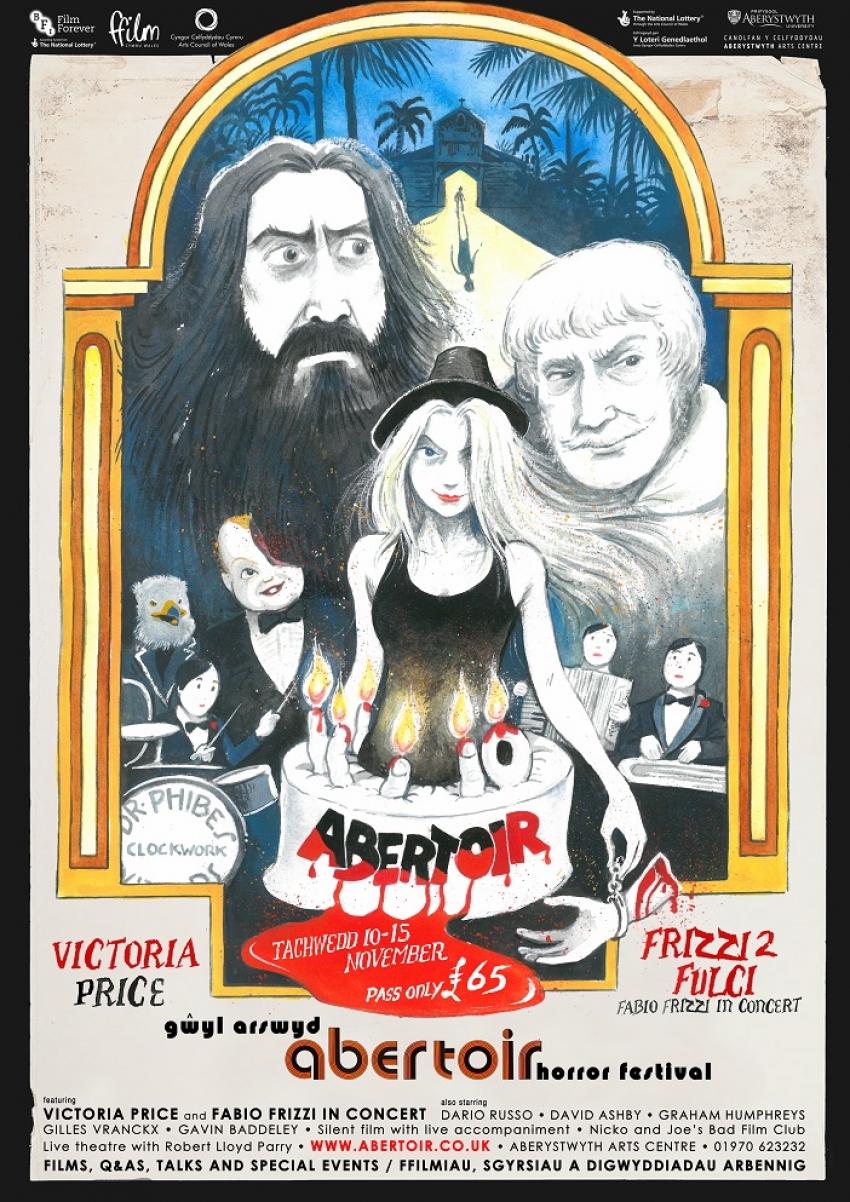 Alchemy’s resident horror fiend Gavin Baddeley attends a lot of horror festivals, but he reckons the Welsh event, Abertoir, is among the best. So we asked him to report back on the best new fear flicks that previewed at 2015’s six day Aberystwyth marathon of the macabre…

Abertoir isn’t just about new films. There’s also a host of vintage chillers screened over the festival. It isn’t just about films either. Visitors are also treated to horror entertainment of every variety you can imagine, from stage plays and talks (including one delivered by yours truly), to creepy cocktails and a visit to a haunted mine. But as, presumably, most of you reading this have missed the live events, I’ll focus here on my half dozen favourites among the new films previewed at Abertoir, which should be showing up on DVD, VoD sites and multiplex screens over the next few months. 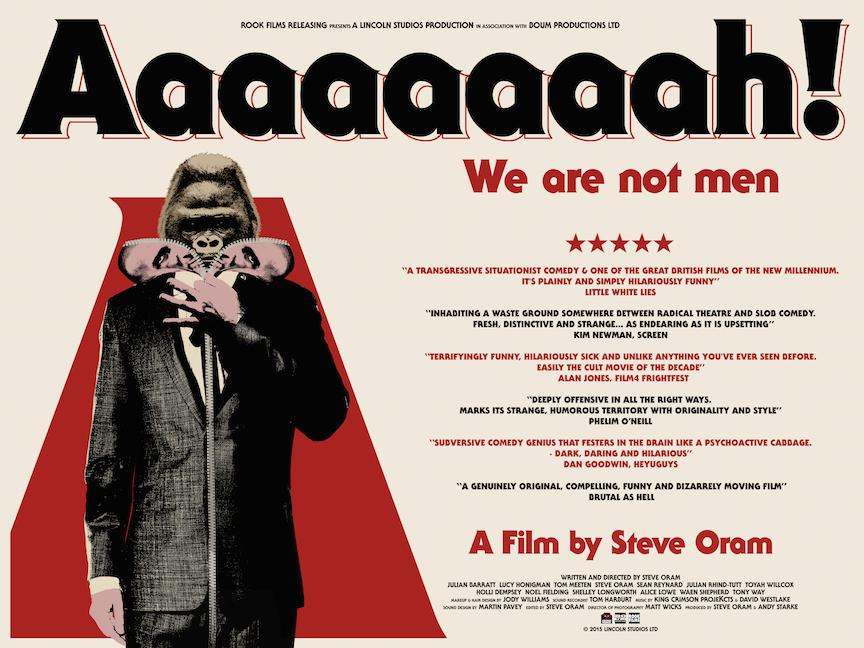 Aaaaaaaah! is a manic, tasteless comedy that’s every bit as crazy as its title suggests: The directorial debut of Brit comedian Steve Oram (who you may recognise as the dorky serial killer from Sightseers) who also stars in and wrote the film. As much as anyone wrote Aaaaaaaah!, which contains no dialogue, with the characters communicating via grunts and growls. The effect is somewhere between a seriously sleazy suburban sit-com and a twisted wildlife documentary. Oram’s assembled a suitably cult cast for his bizarre experiment, including Julian Barratt and Noel Fielding of the Mighty Boosh and former punk princess Toyah. Dark, weird and deeply wrong, if you like surreal, sick humour then you need to see Aaaaaaaah! 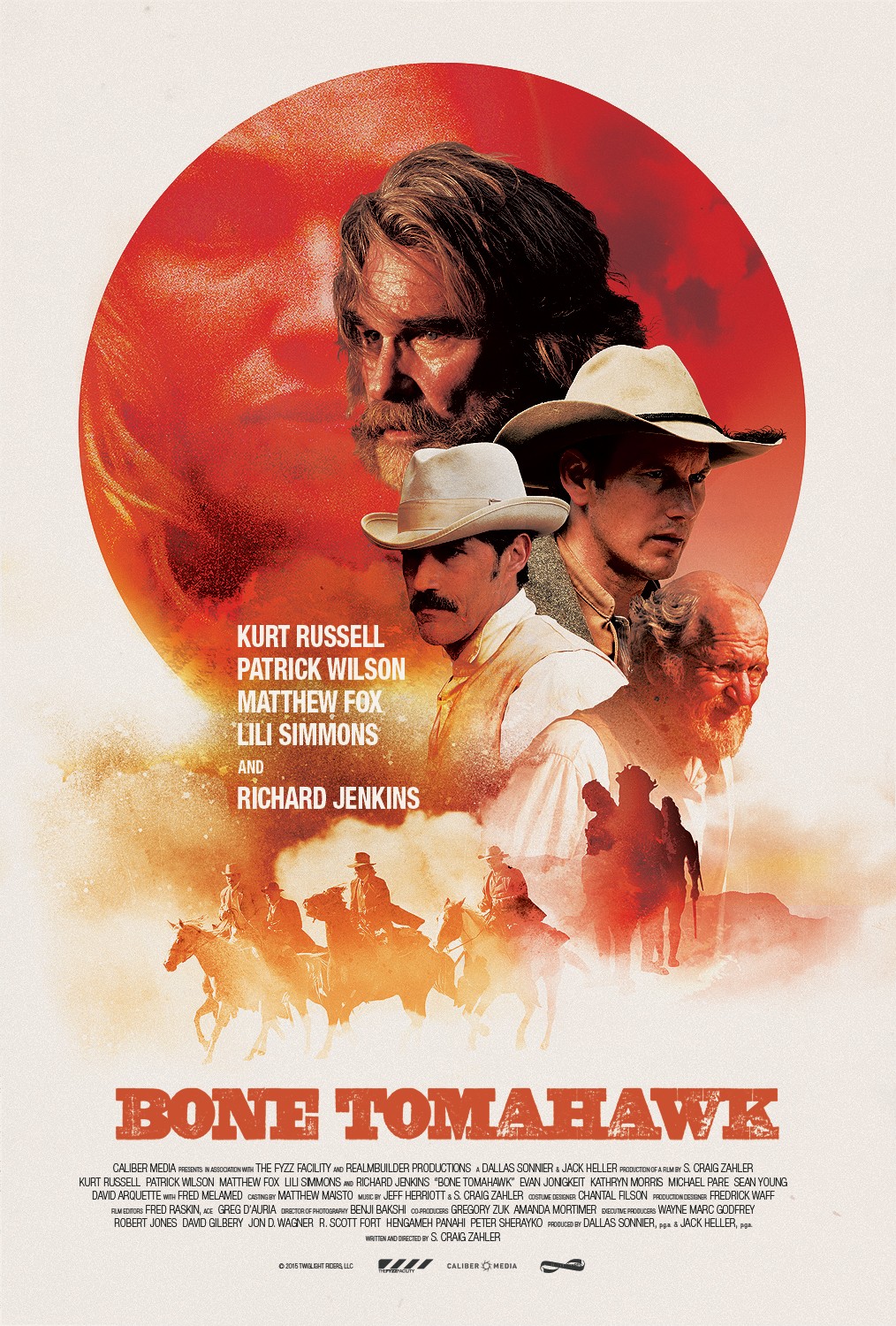 Bone Tomahawk begins as a traditional, if somewhat violent, Western, before the plot heads into much grimmer territory, qualifying it as full-blooded horror. Genre hero Kurt Russell stars as the sheriff of a small town, who leads a posse to try and recover some friends who’ve been kidnapped by a mysterious tribe of subhuman troglodytes. It’s a simple plot, enlivened by a wonderfully dry, witty script, which helps counterbalance some of the savagery, though Bone Tomahawk’s still a raw, rough ride towards the end. Bloodthirsty, brutal and bleak, but big-hearted, Bone Tomahawk’s destined to become a cult classic.

The classic zom-com Shaun of the Dead has become the go-to film to reference among lazy critics when discussing any kind of horror comedy. But in the case of Deadman Inferno, the comparison’s justified for a change. Like Shaun of the Dead – and unlike the many cash-ins and rip-offs that shambled in Shaun’s wake – Deadman Inferno clearly understands and loves the zombie films it parodies. While Shaun is quintessentially English, Deadman is unmistakably Japanese, with its tale of a motley crew of Yakuza gangsters, kick-boxing schoolgirls, and horny slackers, struggling to escape an island overrun by the flesh-eating dead. Crucially, the humour translates well, while the elegantly choreographed action sequences are everything we’ve come to expect from Japanese action flicks. 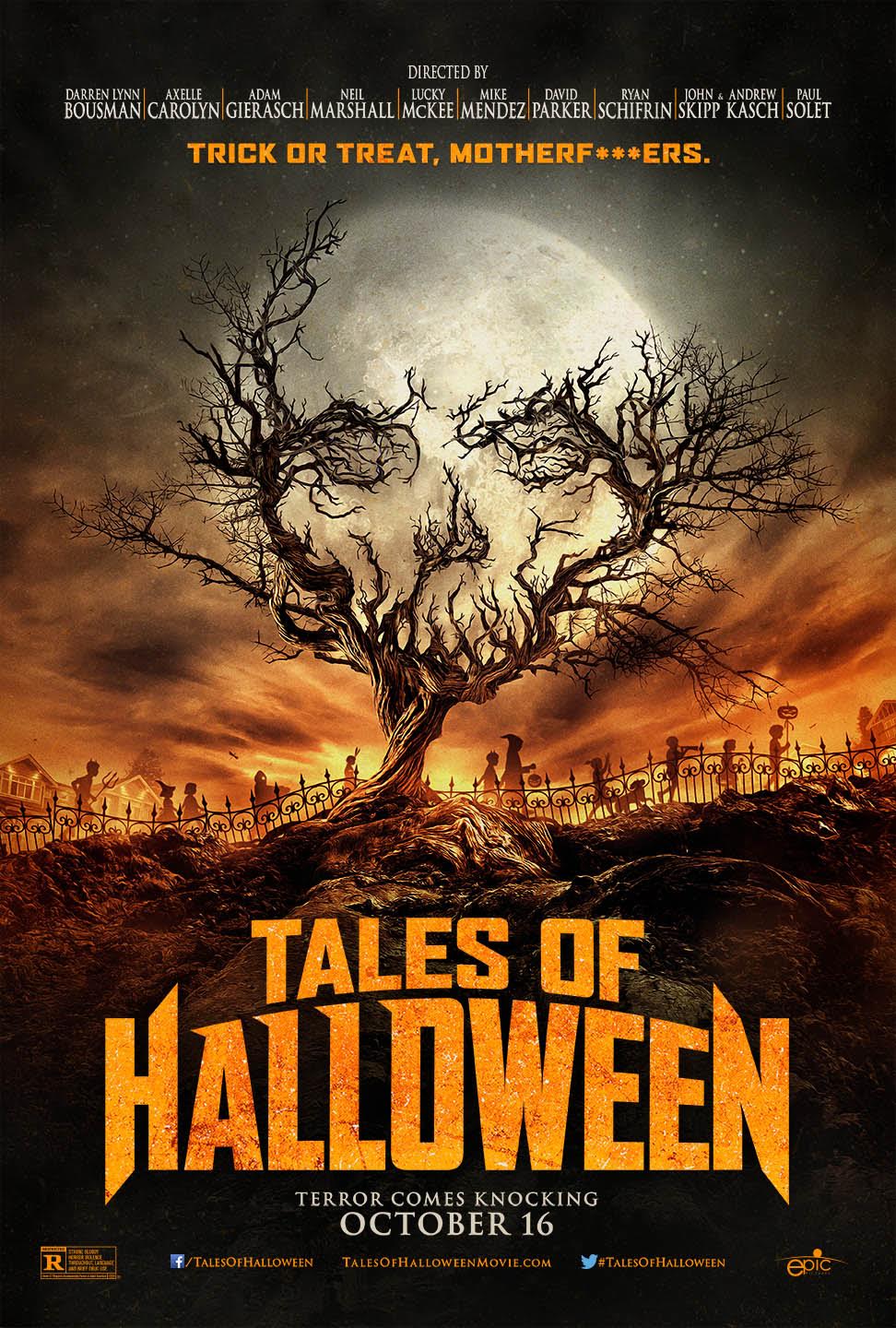 If you like Halloween, then you’ll adore Tales of Halloween, a compilation of ten interlocked stories, all taking place in the same American town on the spookiest night of the year. The ambitious project was overseen by Axelle Carolyn, who assembled a team of Hollywood’s most talented horror obsessives to create a toothsome tribute to the delights of dread. The tone ranges between the weird and whimsical and downright gruesome, but even the weakest stories are great fun, and the best will leave you with a wicked grin on your face like a jack-o’-lantern. 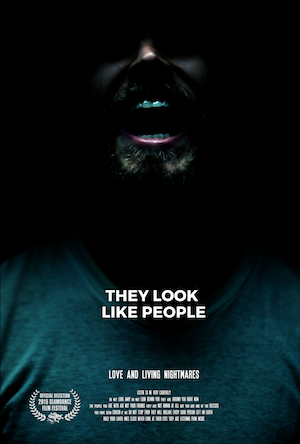 They Look Like People opens as a buddy movie, where a chance meeting between two former friends leads them to try and rekindle their childhood bromance. Overshadowing this is the conviction of one of them that aliens, able to disguise themselves as ordinary humans, have imminent plans to take over the world. Strong performances and pacing maintain the powerful tension, while you’re kept guessing right to the end as to whether this is a study in psychological disintegration, or whether maybe, just maybe, the conspiracy theory might prove true. 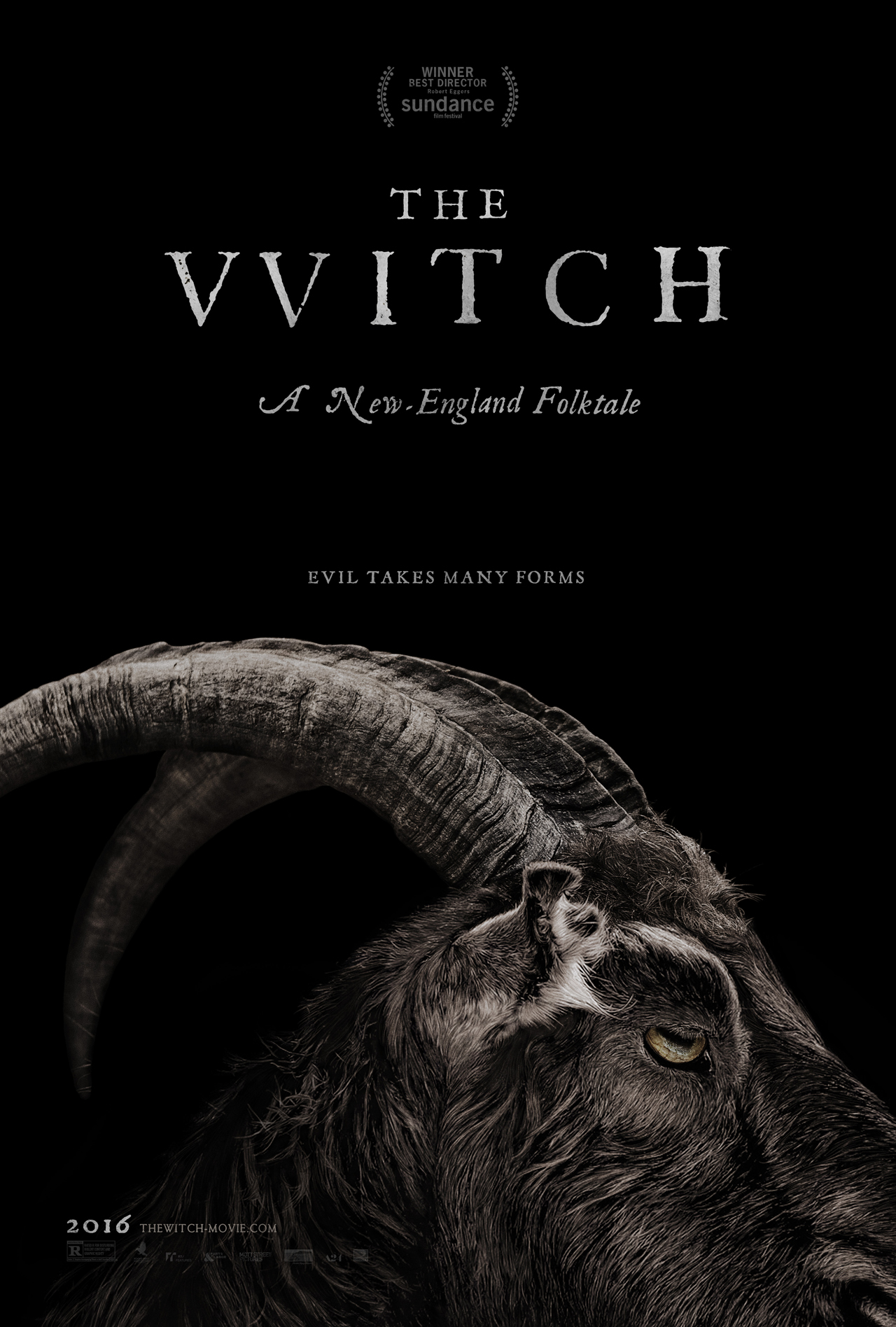 The most eagerly anticipated film of the week, The Witch forces you to see the world through the Puritan eyes of its 17th century protagonists. A family inhabiting an isolated farmhouse in the ominous New England wilderness begin to fragment when they are targeted by a supernatural menace lurking in the woods. Informed by authentic folklore, anyone expecting the jump scares and gallons of CGI blood favoured in big budget Hollywood horror will likely leave disappointed, but if you allow yourself to be lured into The Witch’s richly atmospheric world, it’s a deeply unsettling, compelling experience.