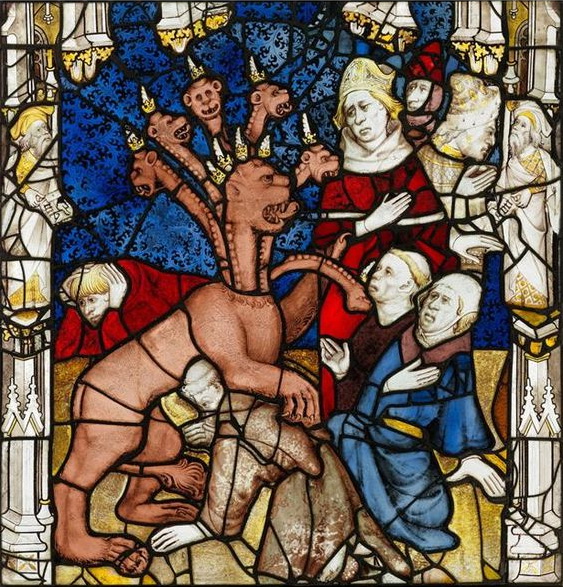 The Book of Revelation – the final book of the Bible – describes the coming end of the world. Written in the 1st Century AD, the author appeared to expect the Apocalypse to occur in their lifetime. Happily, they were disappointed, but Christians have remained fascinated by the subject ever since, with doomsayers keeping it alive by reinterpreting Revelation to refer to their own age, or creating their own version of the imminent End Times. During eras like the Middle Ages, when few people could read, such warnings needed to be communicated visually.

One magnificent example can be found in York, in the English city’s famous Minster. Its recently restored 15th Century Great East Window – the largest such expanse of glass in the country – tells the story of the World in stained glass. The Apocalypse predicted in the Book of Revelation dominates, complete with depictions of such iconic Biblical figures as the Whore of Babylon, the Horsemen of the Apocalypse, and the Beast with Seven Heads.

Visitors to York willing to head off the beaten path can find another Medieval Apocalypse in stained glass which, if not as spectacular, is every bit as colourful and compelling. The city’s picturesque All Saints Church is easy to miss, down a side street near the river, but for keen medievalists, its collection of stained glass is worth seeking out. The window – dating from around 1410 – depicting the Fifteen Signs of Doom, is of particular interest to those with an eye for the uncanny and bizarre. 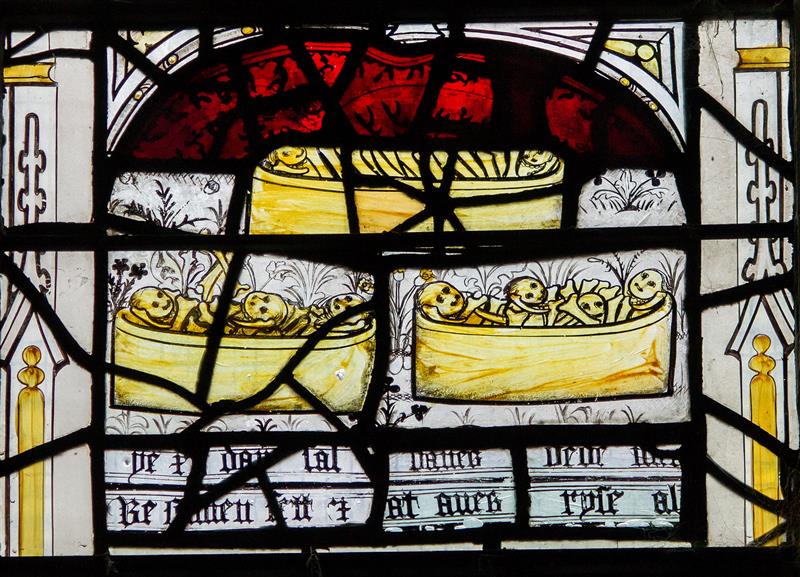 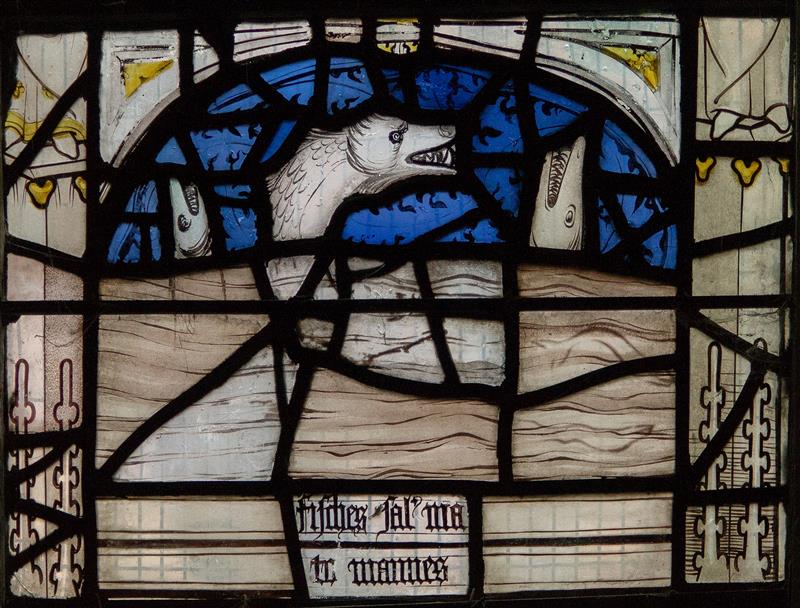 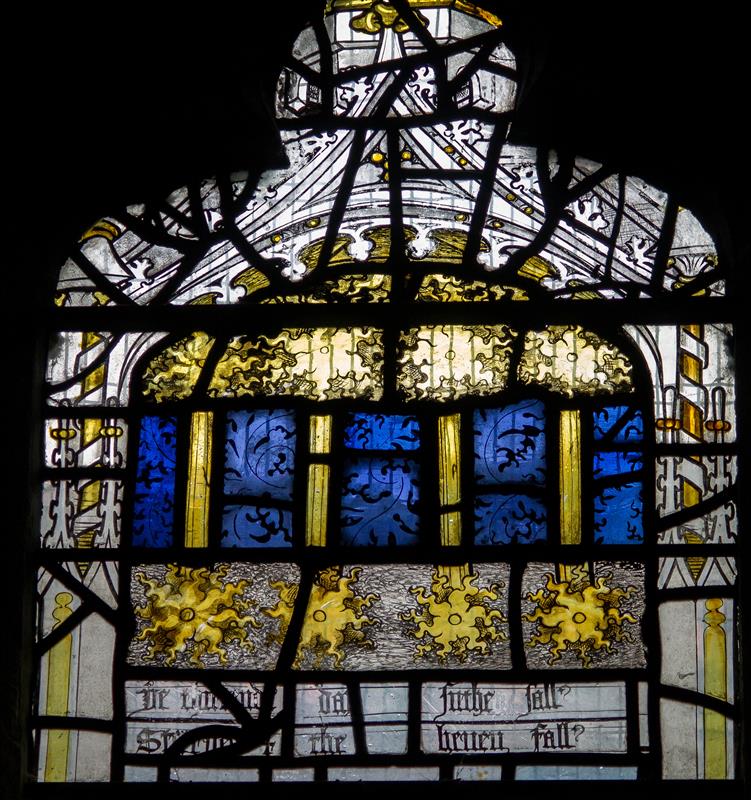 It is often known as the Prick of Conscience Window, after the Medieval English poem of that name. In the centuries before recorded music, verse often took its place as popular entertainment, and the Prick of Conscience was the smash hit of the 14th Century. Based around the prophecy of the Fifteen Signs of Doom, the poem was designed to inspire people to repent their sins by warning of imminent apocalypse, signified by fifteen terrifying phenomena. As it happened, disaster did strike the Medieval world shortly afterwards, but its agent was the plague in the shape of the Black Death, one of the few horrors not mentioned in the prophecy.

You can piece the prophecy together for yourself in the images on the Prick of Conscience Window, reading the panels from the bottom upwards, with each one depicting one of the fifteen predictions. Among the more striking are the seas catching fire, plants and trees filling with blood, and all of the creatures of the oceans rising to the surface and bellowing and growling. Things get serious as the stars fall from the sky, and the dead emerge from their graves, before the final curtain falls upon all Creation. Some have commented that the last image in the window looks uncomfortably like a crude depiction of atomic mushroom clouds. 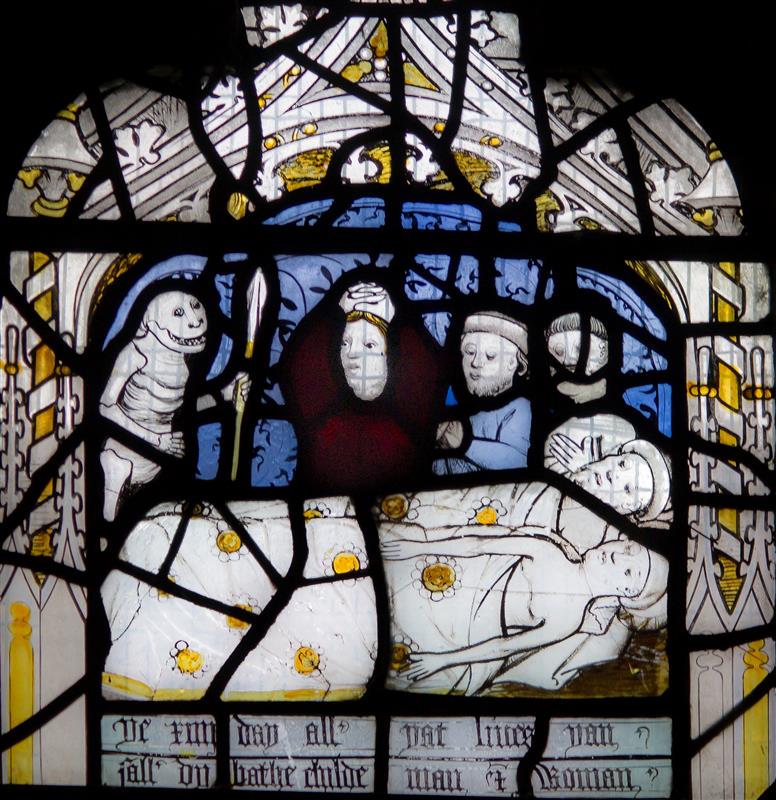 Of course the end of the world remains a familiar theme in entertainment today, particularly in Hollywood. Among the most popular variations is the zombie apocalypse. In the Fifteen Signs of Doom, the dead rise just before mankind is wiped out. But is this supposed to represent a symptom or the cause of our ultimate extinction? Most historians would favour the former explanation – that the dead are being resurrected in preparation for Final Judgement – but it would be nice to think that, just maybe, the Fifteen Signs of Doom was the world’s first zombie epic, unleashed upon the world well over 700 years before the dead first walked across our cinema screens.

We are of course ardent Medievalists here at Alchemy, and it influences many of our designs. Suitably apocalyptic are the Demon Black & Angel White Rings (R212), while the Draconkreuz Pendant (P417) captures the era’s mystical side. Our Regiis Martyris range – featuring earrings (E420) and a pendant (P863) – is inspired by the twilight of the Middle Ages, when York Minster’s Great East Window was crafted. While our Speculum Pendant (N182) hints at a similar warning to the moral behind the Prick of Conscience.

(Prick of Conscience photos © Jules and Jenny on Flickr.)