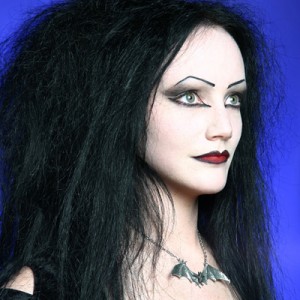 Humans and animals share a microcosm in this grand universe of ours, it’s understandable therefore that we’d form bonds and alliances with our earthly cell-mates. From the dawn of time man and beast have co-existed and relied on each other for survival. But more than this, an elevation to friendship and spiritual bonds make our animal counterparts a glittering facet to our transcendental selves.

Every culture has evidence of animal influence, from the European witches with their animal familiars to the totem animal guides echoed in America and Africa and everywhere between. Animals are anthropomorphized with human traits as we choose which to align ourselves with.

In no stretch of the imagination therefore, that the alternative scene has incorporated animals in their very definition, as discussed in my previous post on gothic symbology. While the scene is prevalent with vegans and animal activists who look to extend their inclusive and passive attitudes to all living things – so too many take their own “totems” to represent their allegiances. And as one would expect the most loved are those which are largely feared or rejected by the mainstream. Ones which look past to see their darker beauty, here are some of my favourites (and ones which – growing up in South Africa – I have a lot of first-hand experience with!): 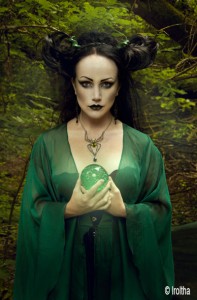 These nocturnal creatures are a natural alley of the dark denizens of the scene. Bats’ keen night vision and hyper sensitivity to their surrounds gives rise to the mystical trait of being able to see through illusion or ambiguity and dive straight to the truth of matters. Owing to their womb-like homes in the dark depths of mother earth in daylight hours and emerging at dusk – they also imbue the traits of rebirth, inner depth and illusion. The clear parallels with the vampire mythology brings the gothic mythos full circle.

Bat symbology has long been a part of Alchemy’s jewellery, the Viennese Nights Necklace [P701] with its Renaissance style scroll work and beautiful crystals links our gothic jewellery to the  vampire mythology that is so closely interwoven with bat imagery. Our seductive Eventide [318] earrings fluttering across a mother of pearl moon will show our enteral bond to the bat. 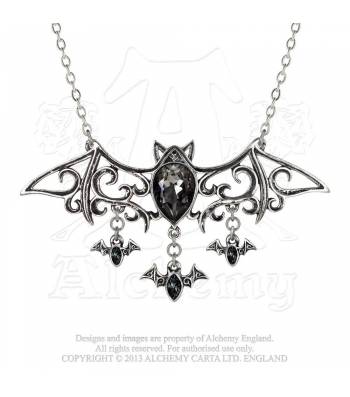 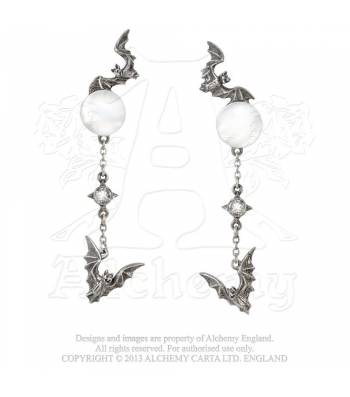 Spiders and their beautiful and intricate webs are common motifs in gothic adornment. Spiders represent the characteristics of creation and artistic expression and yet in juxtaposition, also that of death – the very thing of beauty they create, is a means of destruction for their prey. Largely a feminine energy, they are patient, weaving and waiting. Spiders are the femme fatales of the animal kingdom, silent, deadly and yet strangely alluring. 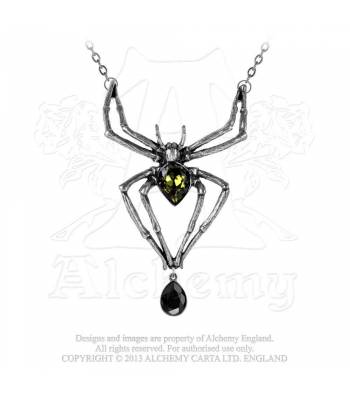 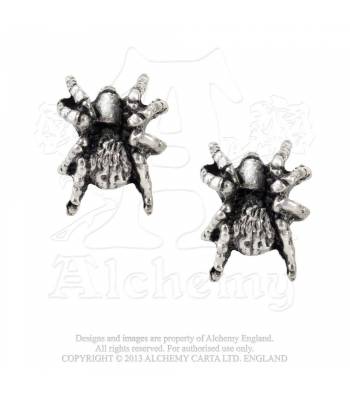 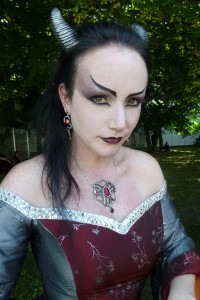 The most infamous of all these limbless reptiles is most certainly that which appeared to Adam in the Garden of Eden. The serpent was given the ability to talk and reason, and in its cunning persuades Eve to partake of the Tree of Knowledge which God had forbidden: “then your eyes shall be opened, and ye shall be as gods, knowing good and evil.” Also in the Bible is the mighty serpent-like Leviathan who will be served up to the righteous and his flayed and stretched to shelter them at the End of Days (where as his mate had already been slain for fear of multiplying). Personally I think the poor old snake got a bad rap in the bible, and in many ways has remained a symbol of fear ever since. The Celts had a kinder view, seeing it as a symbol of rebirth and renewal (owing to its skin shedding). In Sanskrit snake is “naga” meaning “water”, nagas in this light are considered a feminine aspect and embody nurturing, benevolent, wise qualities. So again – much like its forked tongue – there is the bifurcated view of the serpent, which many alternatives relate to.

Alchemy Carter’s Eve Pendant Necklace [P615] has ancients links to the serpent and the original sin, with the seductive Swarovski crystal with the serpent delicately coiled across show the true beauty created by the gothic serpent. The cobra has a completely different connotation. Alchemy Carter’s Cobra Life Force Faux Stretcher [E337] will show affinity to life, strength and rebirth. 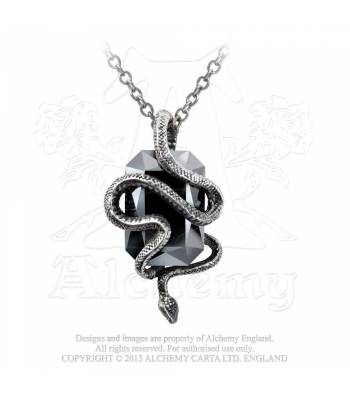 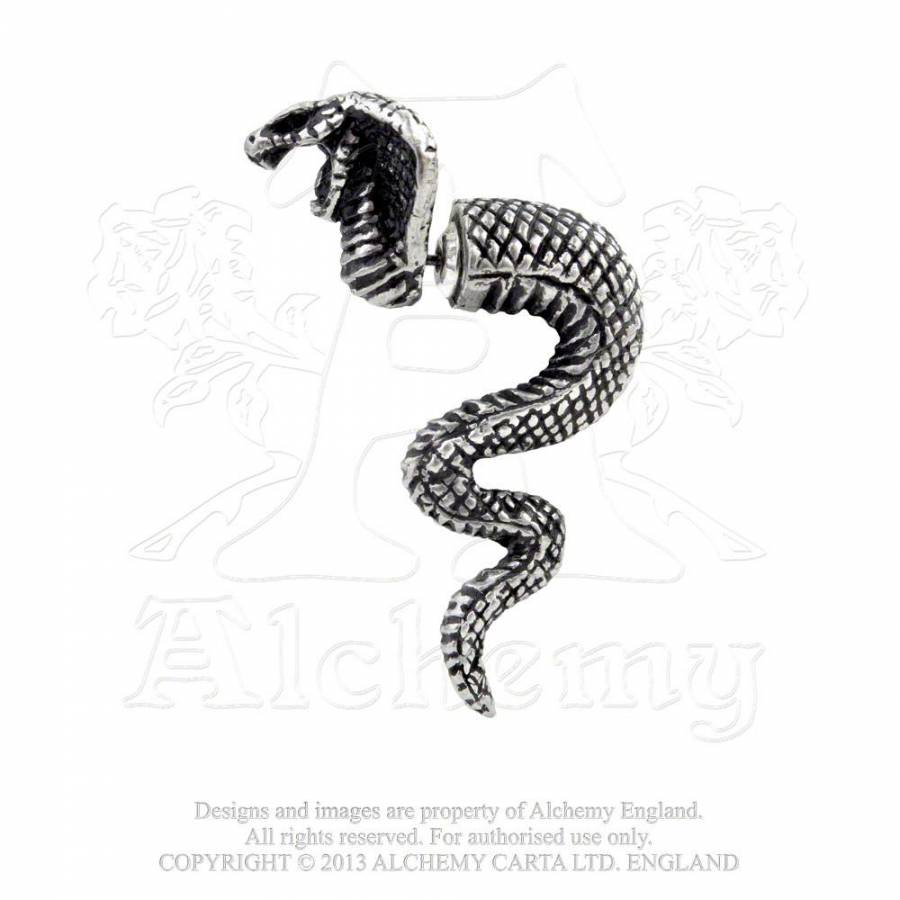 Other furred, feathered and slimy friends with a touch of goth: