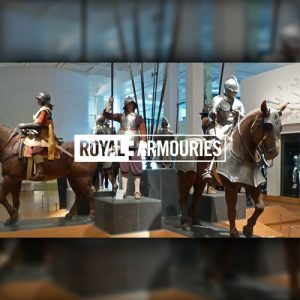 The Royal Armouries is one of the oldest museums in the world, founded in the 1400s in London’s famous White Tower, viewable by appointment only. By 1660, paying members of the public were invited to visit this extensive Royal collection of arms and armour. In 1991 a major shake-up was begun, and much of the collection moved to a purpose-built museum in the northern English city of Leeds, which opened to the public five years later. In recent years, the Armouries generated some controversy when they began to acquire weapons used on iconic TV shows and films, such as LORD OF THE RINGS and STAR WARS. END_OF_DOCUMENT_TOKEN_TO_BE_REPLACED