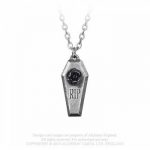 ‘I love Christmas. People are jolly, happy, they gather around the table and eat, drink and laugh all day long. They eat lots of meat and sweets and become fatty and…juicy.’ 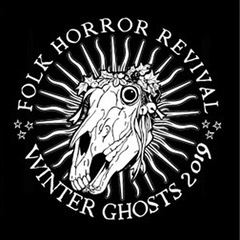 Once upon a time, before Christmas became sanitised, Americanised and candy-coated by Santa Claus and Coca Cola, in Europe Yuletide was more ominous, weird, and occasionally downright scary than jolly. Few are better qualified to explore the dark side of the holiday season than the Folk Horror Revival group. ‘Folk’ has recently become the hottest buzzword in horror circles, ‘folk horror’ the term to describe that elusive area where rural folklore and arcane tradition intertwine with the ghostly and ghastly on page and screen. In early December of this year the Folk Horror Revival group held a symposium on all things spooky and seasonal they entitled Winter Ghosts 2019. END_OF_DOCUMENT_TOKEN_TO_BE_REPLACED 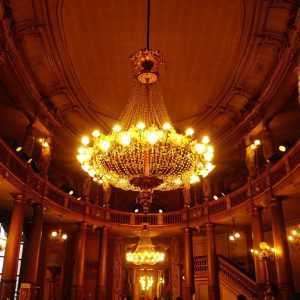 There are still places in this dreary world where you can escape and live in the fantastical if even only for one night. To step out in your finery and be the belle (or beast should you fancy) for the darkened hours. Danza Della Luna – dance beneath the moon – is now in its third year and this was by far the most spectacular. Not only did the patrons literally gasp when they walked into the magnificent gold gilded ball rooms of the Opera Ghent but the subsequent oohs and ahhs as they admired each other’s guises for the night filled the space between the beautiful cello chords. The theme was “The Fallen” and feathers, skulls, and black bejewelled fabrics were the order of the night. The backdrop of shiny opulence and chandeliers twinkling in mirrored panels gave an eerie reverence to the darker figures milling within. END_OF_DOCUMENT_TOKEN_TO_BE_REPLACED