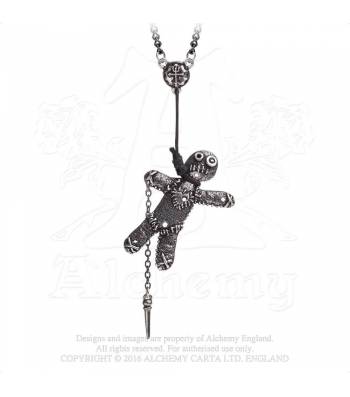 Halloween is just a few screams away so what better time to explore the story behind one of Alchemy’s spookiest new creations.

Over the last 80-or-so years, voodoo and voodoo dolls have found their way into popular culture in various shapes and forms. From the 1932 movie ‘White Zombie’ and the ‘Child’s Play’ horror franchise, to Neil Gaiman’s ‘Stardust’ and TV’s ‘American Horror Story: Coven’, they’ve all paid homage to elements of the old West African religion, albeit with poetic license. But did you know that voodoo dolls were originally used to heal and bring luck rather than to harm? 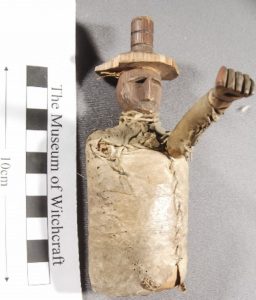 The idea of the voodoo doll is thought to originate from Western folk magic where hand-made poppets were mostly used to heal and offer protection. These simple little effigies were made from organic substances, such as clay, straw, cloth or wax, and could be filled with herbs, hair and even wrapped in coloured ribbons to enhance their magical potency. The idea was that they formed a bond with the person they were intended for so whatever was done to the doll, would be transferred to their human (or animal) counterpart. In the UK, Cornwall’s Museum Of Witchcraft And Magic has some modern examples poppets, including one created in the 1940s to terminate an unwanted pregnancy. Similar effigies have been excavated from Ancient Greek and Egyptian sites, where they were used for good and bad respectively.

The voodoo dolls that we think of today didn’t start to emerge until around the mid to late 1800s, and became synonymous with specific strands of voodoo and hoodoo that developed specifically in the city of New Orleans. Prior to the American Civil War, African slaves were commonplace in the USA, especially in Louisiana where they sometimes travelled with talismans to bring them luck and ward off evil. These fetish dolls or gris-gris were misinterpreted by the superstitious townsfolk who assumed they harboured evil spirits and soon distorted tales of black magic began to emerge. Other sacred talismans were enhanced by coloured pins thought to attract positive energy – sort of like a form of psychic acupuncture. Contrary to what modern literature or film would have us believe, they were rarely used for curses. 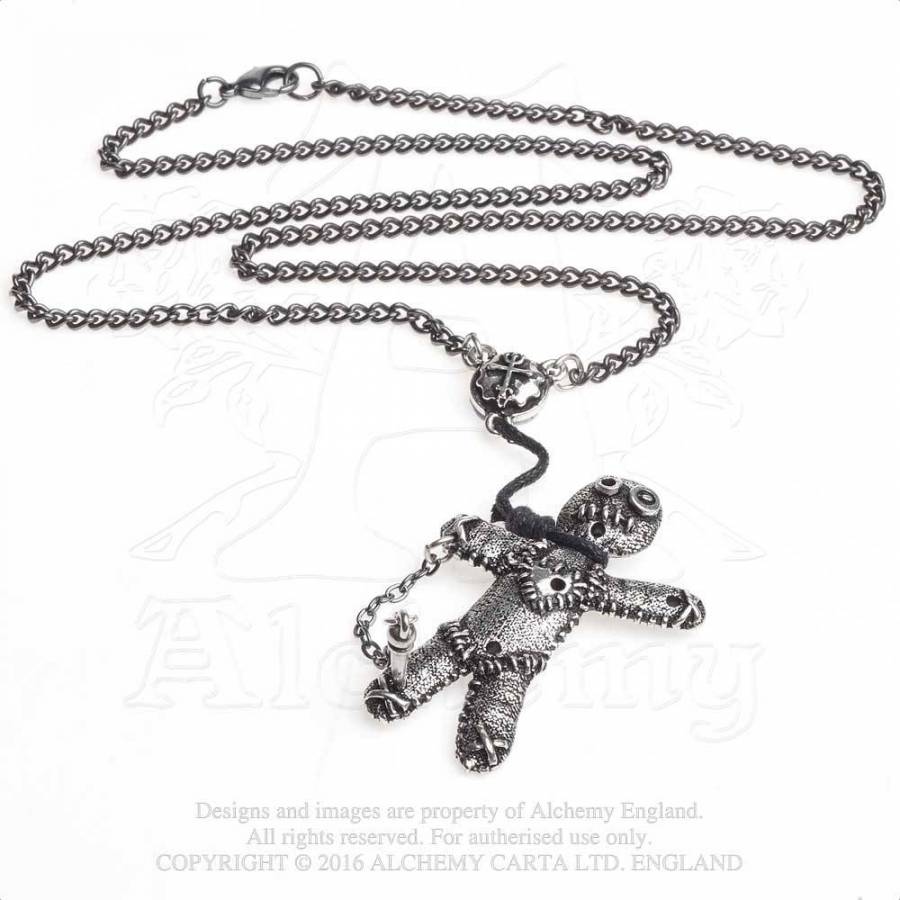 Alchemy’s Voodoo Doll [P769] is a hand-crafted replica of a poppet made from skin-safe English pewter. Each detailed doll comes with a pin to focus healing energy on different parts of the body and is attached to a curb chain. This Voodoo Doll is sold as a novelty item for personal protection and not intended to hurt or harm.