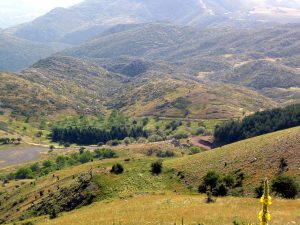 Ancient Greece is most often associated with its intellectual achievements – in fields like philosophy, mathematics, and politics – leading many to regard it as the bedrock of Western civilisation. But a recent archaeological discovery has served as a grim reminder that the Ancient Greeks had a sinister side. Skeletal human remains dating back some 3,000 years, with the top of the skull missing, have been found in a dig on the Greek mountain of Lykaion (which translates as ‘wolf mountain’). What makes this discovery so significant is that the body was not laid to rest in a graveyard or cemetery, but was found among the ruins of an altar, suggesting they may have been the victim of a ritual sacrifice. 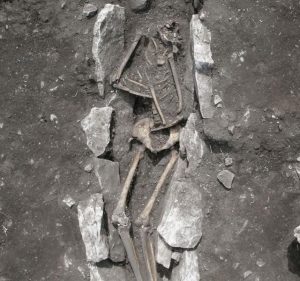 This is controversial, as most experts prefer to think the Ancient Greeks never indulged in such barbaric practices, dismissing any accounts as lurid hearsay. But if you were to look for evidence of human sacrifice in Greece, then Mount Lykaion would be the place, as it was long associated with dark, forbidden rites dedicated to Zeus, king of the Ancient Greek gods. “Several ancient literary sources mention rumours that human sacrifice took place at the altar [to Zeus on the mountain] but up until a few weeks ago there has been no trace whatsoever of human bones discovered at the site,” said David Gilman Romano, a professor of Greek archaeology from the University of Arizona, participating in the dig. 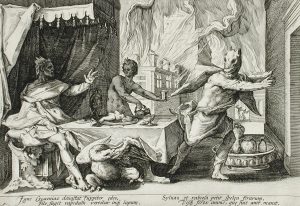 Several chilling legends surround the mountain, most concerning its near namesake Lycaon, a king who ruled the surrounding realm of Arcadia. According to the most popular tale, King Lycaon was visited in his mountain home by Zeus. Determined to prove that Zeus was not all-powerful, Lycaon secretly killed and cooked his own son and served him to the god in a feast, in the hope of making Zeus break the taboo against eating human flesh. Zeus saw through the bizarre, gruesome ruse at once, brought the dead boy back to life, and transformed Lycaon into a wolf. Some scholars see this story as the primal root of the werewolf myth. 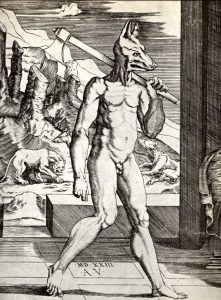 In the distant past, the story of Lycaon became the basis of an ancient cult which met on the mountain to conduct secret rites every spring, or by other accounts every nine years. Rumours suggested that the ceremonies involved human sacrifice and a sacred meal. One serving of meat would be tainted with the flesh of the sacrificial victim, and whoever chanced to eat it would be transformed into a wolf, only changing back to human form if they managed to avoid eating any further human flesh until the next festival. Might the skeleton found on Mount Lykaion this summer be the remains of a victim of one of these cannibal rites?

Time will tell, as the excavation is still in its early stages, and Lykaion will only slowly gives up its dark secrets. Meanwhile, while we can’t promise any 3,000 year old artefacts here at Alchemy, we can tempt those with lycanthropic leanings with some suitably lupine treasures. Such as our Wulven belt buckle [B74] or our stylish Wolf pendant [P252]. Or for something more resonant of Ancient Greek mystery and myth, how about our Daughters of Darkness ear wraps [E374], inspired by the legend of the seven grieving sisters transformed into stars by Zeus?… 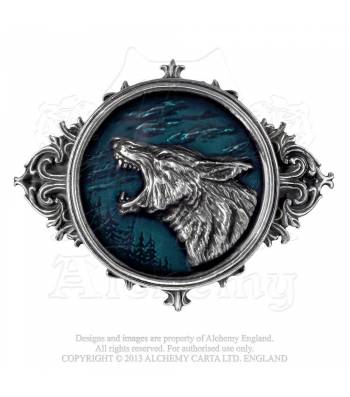 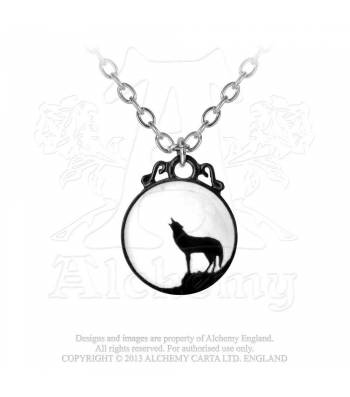 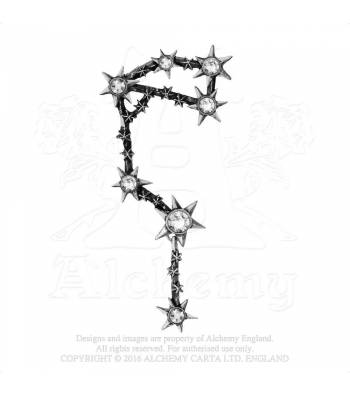