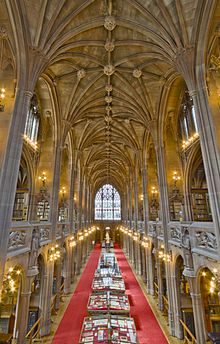 The northern English city of Manchester is most often associated with soccer and perhaps its vibrant indie music scene. Yet this thriving metropolis also has much to offer the more darkly inclined. During the 1800s, Manchester was the pounding heart of Britain’s Industrial Revolution. 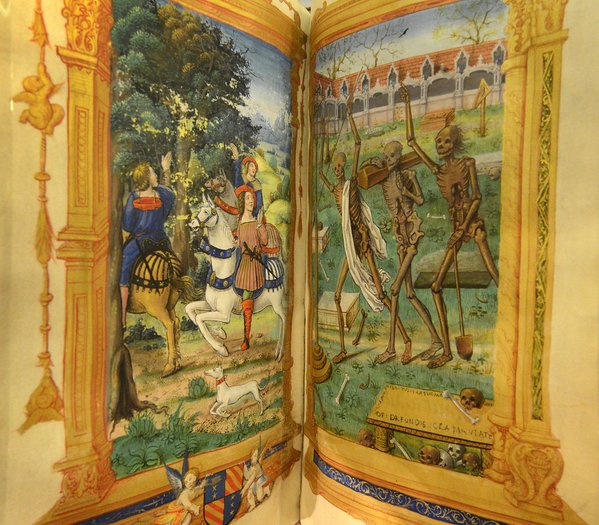 Successful Victorian, Mancunian industrialists often showed off their newfound wealth financing buildings in the Gothic style fashionable in the era. The most spectacular example, however, is a public building – Manchester’s imposing Town Hall – which looks more like the home of a vampire baron than a seat of local government.

Just as impressive an exemplar of Victorian Gothic architecture – if not as monolithic – is the city’s John Rylands Library. There’s never been a better time for fans of Gothic art to visit, as it’s currently playing host to an exhibition dedicated to Magic, Witches and Devils. On display are a range of antique illustrated books and documents, ranging from authentic spells to raise demons, medieval depictions of the walking dead, and even a magical text marked with naughty doodles scribbled by the infamous Elizabethan sorcerer John Dee.

The exhibition’s free, though modest in size, only filling a few rooms, but the John Rylands Library itself is well worth visiting in its own right. Particularly, its breathtaking Reading Room, which could easily be the setting for an M.R. James ghost story, or a wing of Hogwarts. The Magic, Witches and Devils exhibition is on until the 21st of August. For more information, click here.

If all of this has stirred your interest in all things devilish and magical, then might we suggest you peruse our Angel of Hades Skull [V23], or perhaps our pendant inspired by the Demon Prince Asmodeus [P699]. We’ve also designed a range of pieces inspired by the life and work of John Dee, including this stash ring, depicting Dee’s Book of Angel Magic [R187]. 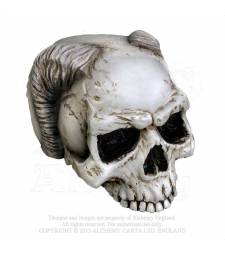 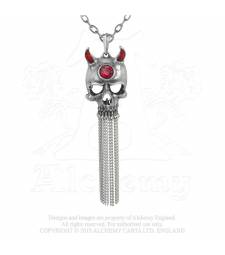 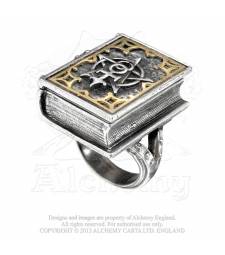