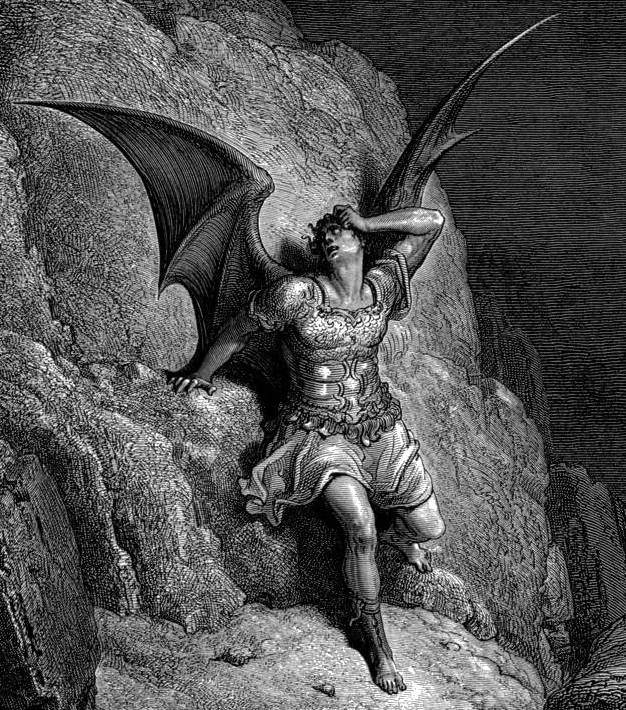 he Secret Past of TV’s Hottest New Devil

From the bloodsucking pin-ups in Buffy and True Blood, to the prime time serial killers Dexter and Hannibal, the heroes of TV’s best shows just seem to get darker and darker. But can you get any darker than the Devil himself, titular anti-hero of the hot new series Lucifer?… Not everybody’s happy, with conservative Christian groups calling for the show to be banned, the right-wing pressure group One Million Moms, raging that it ‘will glorify Satan as a caring, likeable person in human flesh.’

Yet TV’s Lucifer isn’t the first example of sympathy for the Devil in the arts. Like so many of today’s successful screen franchises it’s adapted from a comic of the same name. That comic, written by Mike Carey, in turn was inspired by an epic poem entitled Paradise Lost, written by the Englishman John Milton some 350 years ago. Milton’s masterpiece inadvertently transformed the Devil from the scaly, winged monster of medieval myth into a sympathetic, attractive, even heroic, if deeply flawed, figure.

Milton’s anti-heroic Satan inspired rebel intellectuals and romantic poets like Percy Shelley and Lord Byron in the early 1800s, and continues to colour every sympathetic portrayal of the Prince of Darkness, up to his latest incarnation in Lucifer. The show’s debut has inspired the New York literature academic and Milton expert Christopher JC to launch his Satanic Scholar website, detailing the historical background to the ultimate villain, and how it relates to both the comic and the unfurling TV series. 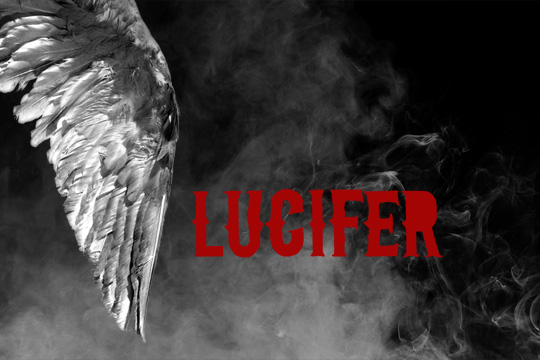 GB: What drew you to the character of Lucifer in the first place?

CJC: ‘Even when I was a young kid, the story of Lucifer’s rebellion and fall was far more exciting than, say, Jesus doling out the loaves and the fishes. But the real dark epiphany for me was when I first encountered the eloquent fallen angel found in the pages of Paradise Lost later in life, awestruck as I was by the noble defiance of Milton’s Satan. I was always attracted to anti-heroes, and Milton’s Satan was the archetypal anti-hero—the challenger of omnipotent authority, dauntlessly defiant against all odds, heroically unbowed even in defeat.’

GB: How important is Milton’s Paradise Lost in how we see the Devil today – did it change our view?

CJC: ‘Paradise Lost completely revolutionized the concept of the Devil, and I don’t believe we can overstress the significance of Milton’s Satan. Inadvertently, Milton’s magnificent portrait of the arch-rebel restored lustre to Lucifer’s much tarnished name and face, and the Miltonic Satan lent himself to the refined radicalism of the Romantics.’

GB: How do you rate the comic-book version of the character?

‘CJC: I believe Mike Carey’s Lucifer—the Vertigo spin-off of Neil Gaiman’s Sandman—to be the place to find the Miltonic-Romantic Satan’s true heir… Visually, he is a blonde-haired, golden-eyed, smooth-faced, handsome Devil, whose wings are even restored to their former, feathery state. Portraying the rebellious Lucifer as beautifully angelic rather than frightfully or comically demonic is very much reminiscent of Romantic renditions of Milton’s Satan in the visual arts. Lucifer’s grand ambition of absolute autonomy is just as appealing as his outer beauty.’ 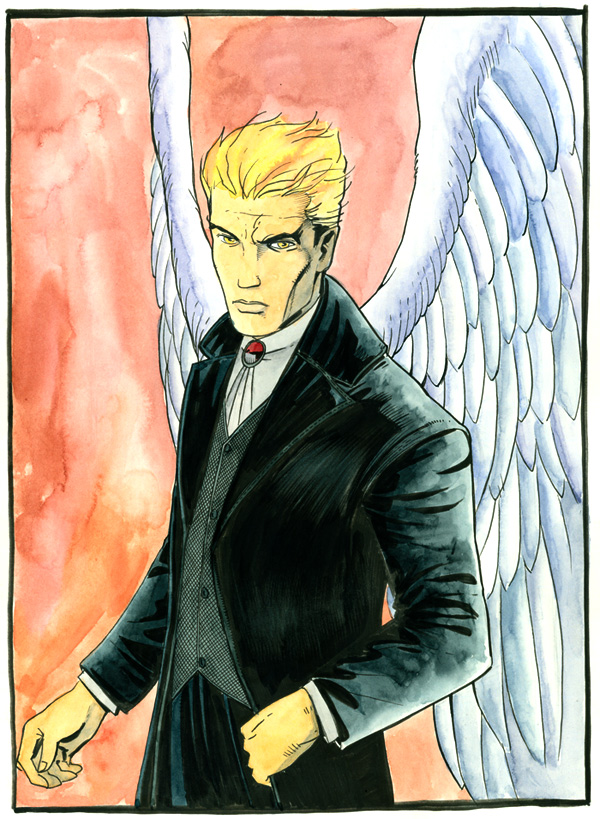 Carey’s Lucifer may be so individualistic that he lacks a sense of loyalty to his brothers-in-arms – one of the finer qualities of Milton’s Satan – but his pride definitely has its virtues. Lucifer’s sole commandment is thou shalt have no gods, which includes him, and in this he is not only the Miltonic-Romantic Satan’s successor, but superior. Carey’s Lucifer is an icon of illustrious independence, and while I’m not sure how much of this will translate into the TV series adaptation, to even see his proud name gracing the small screen is rather surreal.’

GB: Do you believe in the Devil?

CJC: ‘No. I’m an atheist, so I definitely do not believe in the Devil as some cosmic bogeyman. I do however believe in the Devil insofar as I believe his myth and how it was told by Milton and exploited by the Romantics holds a great deal of power… It was Baudelaire who said that “God is the only being who, in order to reign, doesn’t even need to exist,” and if that’s the case, I find the Miltonic Satan—“the most perfect type of male beauty,” according to monsieur Baudelaire—to be the most appropriate weapon against that reign, Satan’s non-existence notwithstanding.’

The above is an edited transcript of the conversation between Gavin Baddeley and Christopher JC. For the full interview, click here:

Meanwhile, those of you of a devilish disposition might care to peruse Alchemy’s wickedly romantic and seductively sinful Devil Heart range, which includes ear studs [ULFE22], a hair screw [ULFHSC1], a ring [ULFR6], and a pendant [ULFP20]. 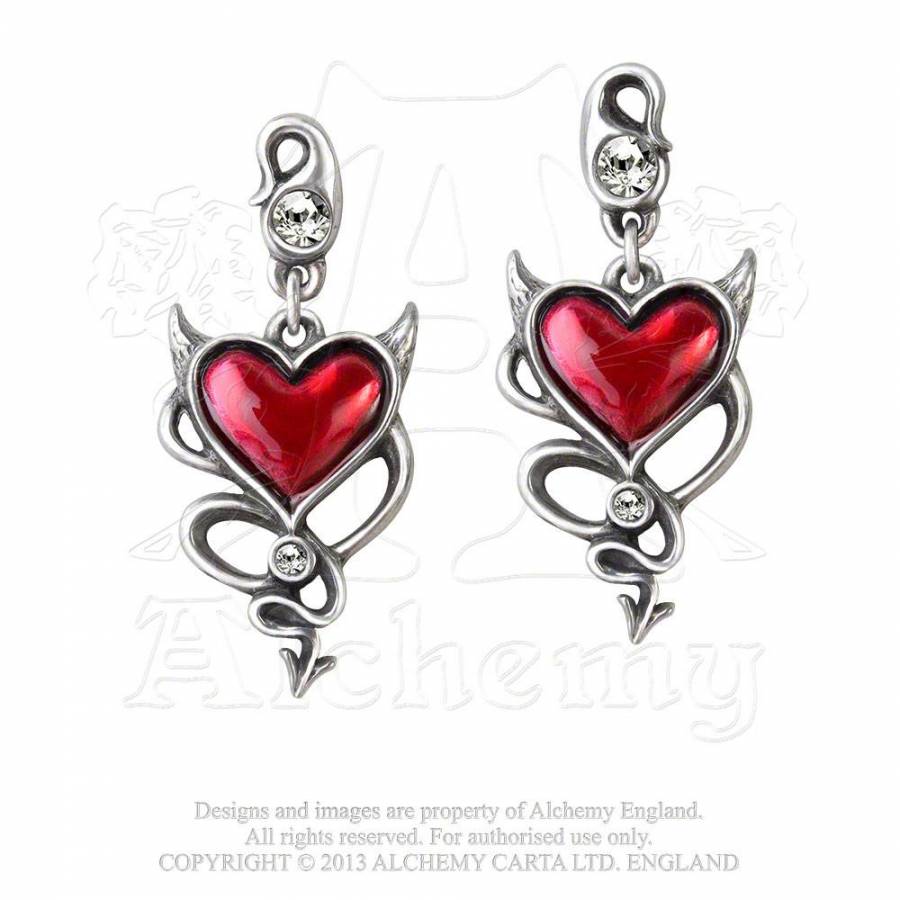 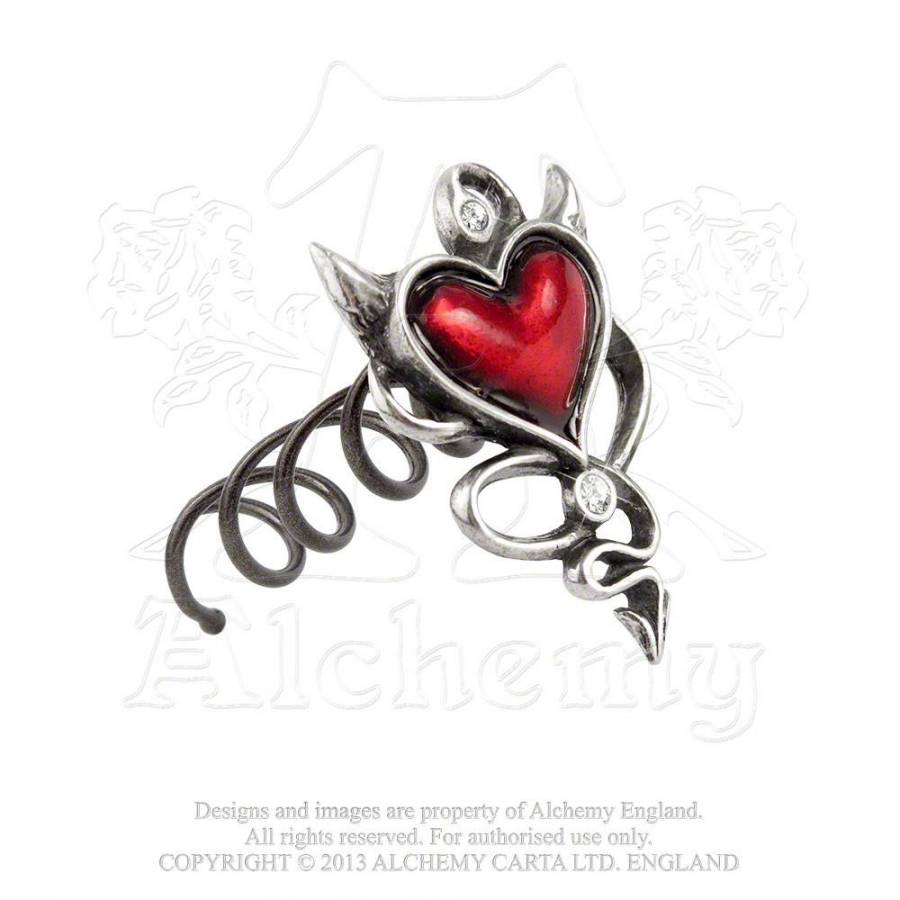 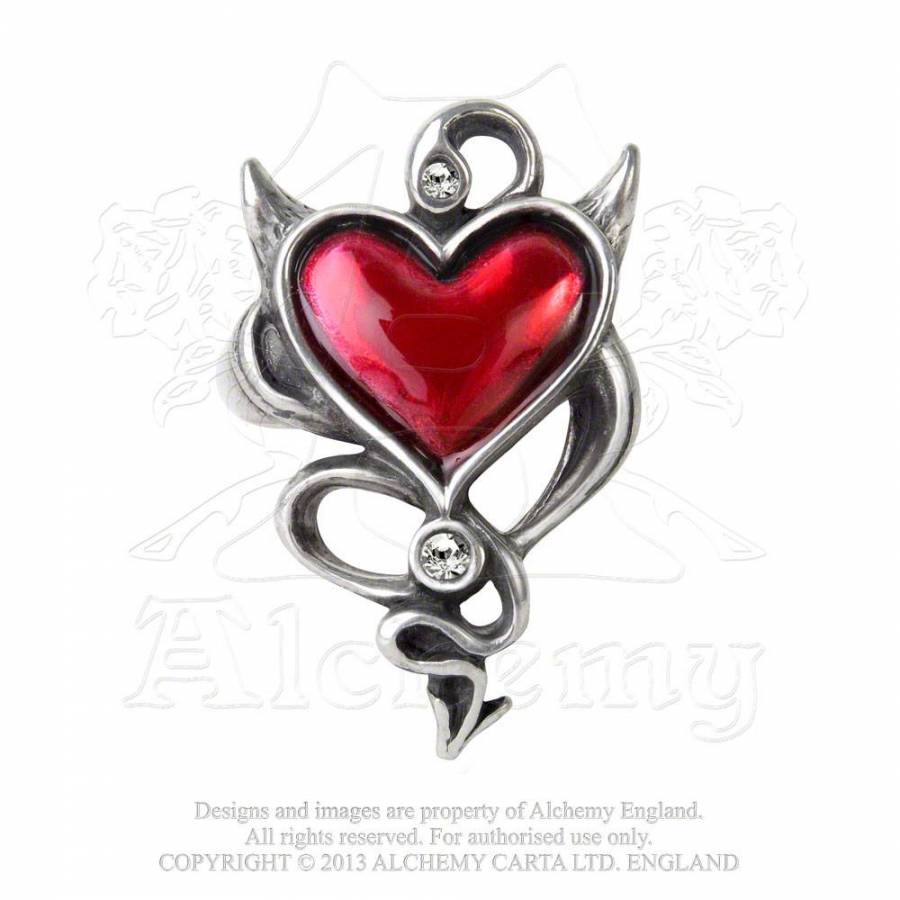 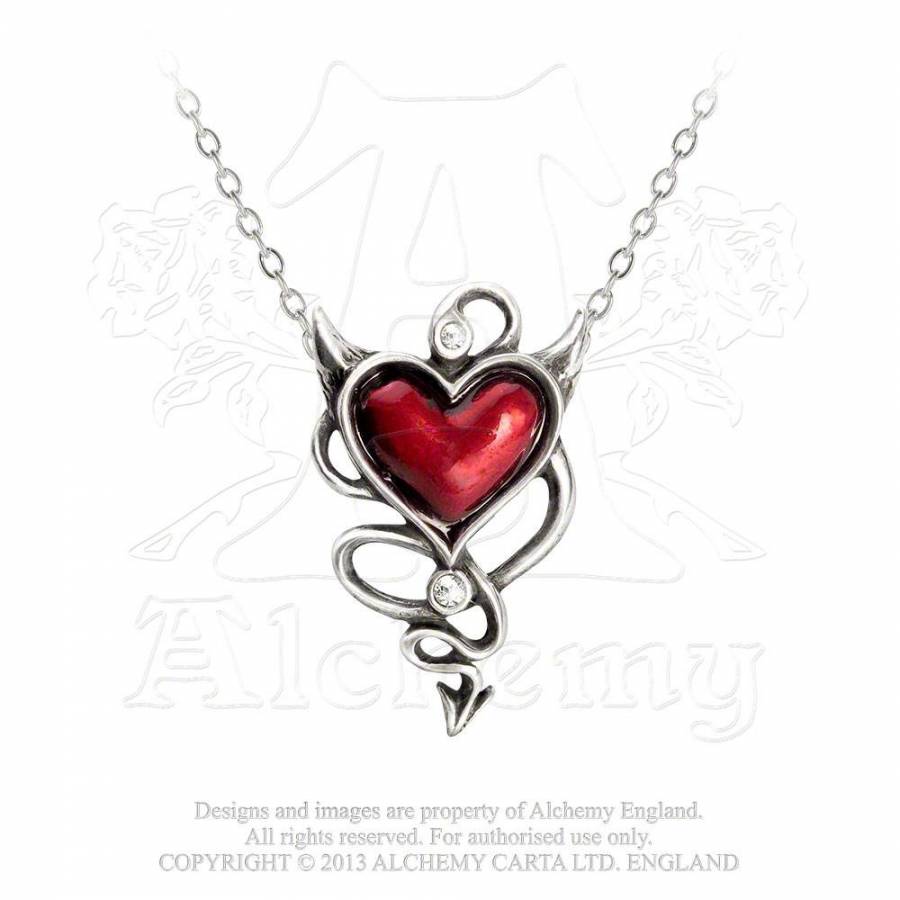