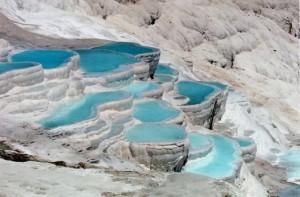 A recent archaeology conference in Turkey witnessed a startling revelation by the Italian archaeologist Professor Francesco D’Andria of the University of Salento. The Professor claimed that, during excavations in the spectacular Turkish town of Pamukkale, he believes that his team have unearthed the Gates of Hell. Pamukkale’s name translates as ‘cotton castle’, referring to its startling white rock terraces, created by mineral deposits from local hot water springs. These springs and the fabulous landscape they generate have attracted visitors for millennia, the Ancient Greeks and Romans dubbing the place Heirapolis, or ‘sacred city’ in the 2nd Century BC, famed for its spas and temples. If Professor D’Andria is right, it was also a place of unholy pilgrimage…

According to Greco-Roman mythology, the Underworld was ruled by Pluto – also known as Hades – the dark god who presided over the souls of the dead. Furthermore, some insisted that there were entrances to his hellish realm to be found in the mortal world – known in Latin as ‘Plutoniums’ – though it was wise to approach such gateways with caution. The learned Greek traveller Strabo wrote that he visited one such gate in the 1st Century. He describes the Plutonium as ‘full of a vapour so misty and dense that one can scarcely see the ground. 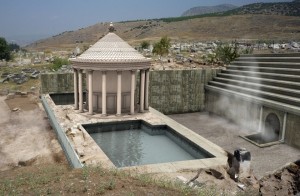 Any animal that passes inside meets instant death,’ adding that he tested it by throwing some sparrows into the gate which, sure enough, straightaway dropped stone dead. Professor D’Andria thinks he’s found the Gate to Hell that Strabo described.

The Professor explained that he has discovered a site sacred to Pluto – complete with a temple, a sacred pool, and steps leading to the Plutonium itself – where priests and pilgrims would almost literally raise Hell. “People could watch the sacred rites from these steps, but they could not get to the area near the opening. Only the priests could stand in front of the portal,” theorised the archaeologist, speculating that visitors were encouraged to throw birds into the opening, in order to prove its deadly power, while the priests inhaled the vapours, inducing prophetic hallucinations. “We could see the cave’s lethal properties during the excavation,” added D’Andria. “Several birds died as they tried to get close to the warm opening, instantly killed by the carbon dioxide fumes.”

Whether you think Professor D’Andria’s really unearthed a Plutonium – or it’s just so much hot air – you can’t deny that Hell remains a fascinating, if daunting, proposition. We’ve revisited it on more than one occasion here at Alchemy. 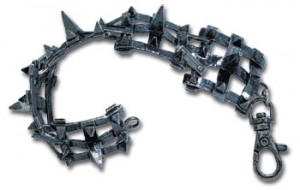 Consider, for example, our wickedly eye-catching  Hell’s Grate bracelet [A27]– a perfect fit for any of Pluto’s reluctant guests.

Or, indeed, our Hell’s Doorman ring [R176], the last word in unholy Underworld accessories. (Available for a limited period only) … 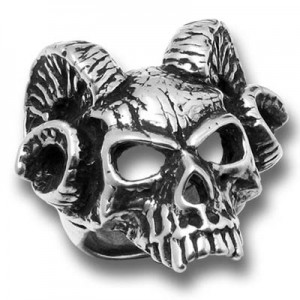 If any of our products pictured below take your fancy, or you are interested in purchasing other Alchemy’s Darkest Treasures, click the link to take you to our Worldwide Alchemy Online Dealers… Tempted?… www.alchemyengland.com/buy