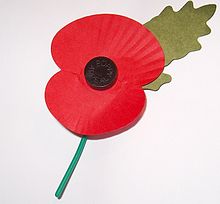 This Sunday, November 11th is Remembrance Day (also known as Poppy Day or Armistice Day), a memorial day observed in Commonwealth countries since the end of World War I to remember the members of the armed forces who have died in the line of duty. Remembrance Day is observed on 11 November to recall the end of hostilities of World War I on that date in 1918. Hostilities formally ended “at the 11th hour of the 11th day of the 11th month,” in accordance with the Armistice, signed by representatives of Germany and the Entente between 5:12 and 5:20 that morning. (“At the 11th hour” refers to the passing of the 11th hour, or 11:00 a.m.) World War I officially ended with the signing of the Treaty of Versailles on June 28, 1919.

The remembrance poppy (a Papaver rhoeas) has been used since 1920 to commemorate soldiers who have died in war. Inspired by the World War I poem “In Flanders Fields”, they were first used by the American Legion to commemorate American soldiers who died in that war (1914–1918). They were then adopted by military veterans’ groups in the Commonwealth; especially Canada, the United Kingdom, Australia and New Zealand. Today, they are mainly used in current and former Commonwealth states to commemorate their servicemen and women who have been killed since 1914. In those states, small artificial poppies are often worn on clothing on Remembrance Day/Armistice Day (11 November) and in the weeks before it. Poppy wreaths are also often laid at war memorials. 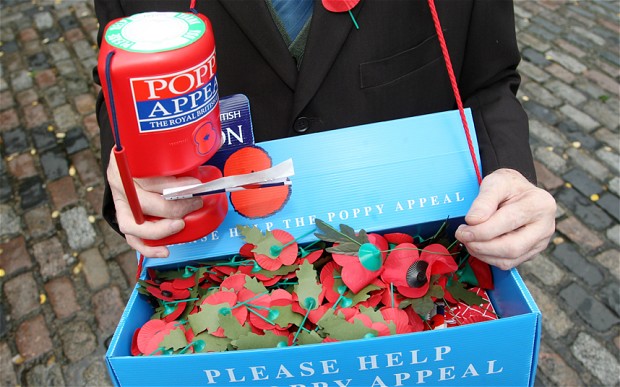 The remembrance poppy is especially prominent in the UK in the weeks leading up to Remembrance Sunday and are sold in supermarkets, shopping centres and on the street by The Royal British Legion for its “Poppy Appeal”.

Alchemy strongly support the work of the Royal British Legion, and their efforts to provide financial, social, political and emotional support to those who have served or who are currently serving in the British Armed Forces, and their dependants. If like us you wish to donate to this years Poppy Appeal you can do so here