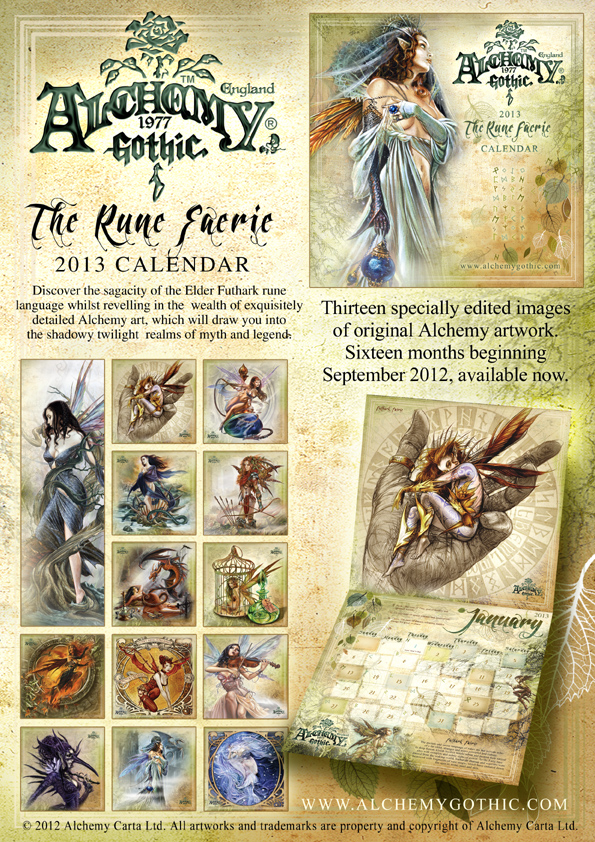 We tend to take calendars for granted now but when they were first conceived, they were an important way of ensuring that religious worship fell on the correct day. Originally hand-written as a chart rather than printed, they also ensured citizens knew when to pay their rents and taxes!

Calendars play an important role for Alchemy too and we’ve been designing our very own for several years following Gregorian methods. Our latest Rune Faerie calendar [CAL13] is an intricately illustrated grid that begins on 1 September and runs for 16 months. It also includes the Elder Futhark runes that were used by the Germanic tribes between 2 and 8 AD.

The Run Faerie Calendar is available to order now!
Visit www.alchemyengland.com/buy to browse our approved online dealers and order yours Today!