The last month has been a sad one for British acting, as two iconic figures from the golden age of the British screen passed away. Angharad Rees and Simon Ward became familiar faces to UK cinemagoers and fans of TV drama via a series of fine performances in a string of films and television serials of the Sixties and Seventies. Mainstream media outlets highlighted their roles in domestic TV productions, identifying Rees with the character of the passionate serving girl Demelza in Poldark, and Ward with parts like Bishop Gardiner in the recent series The Tudors, both BBC period dramas. 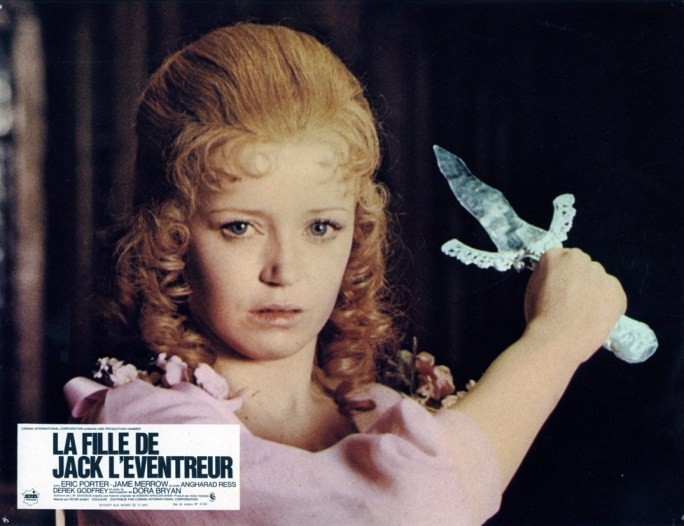 Yet cult film fans remember them fondly for rather darker performances, particularly for Hammer Films, the UK’s legendary Gothic horror specialist. In 1971, Angharad took the leading role of Saucy Jack’s daughter in Hands of the Ripper. It was a part which showcased her versatility, as a delicate English rose with some wickedly dangerous thorns. In 1969, the dashing Mr Ward made his film speaking debut as one of Baron Frankenstein’s most memorable assistants in Frankenstein Must Be Destroyed, playing a young doctor named Karl, blackmailed by the Baron into assisting in his fiendish experiments. Some, including the film’s distinguished director Terence Fisher, regard Frankenstein Must be Destroyed as Hammer’s greatest exercise in celluloid Gothic.

To commemorate the passing of these two irreplaceable performers, you might care to join us and watch a DVD double-bill of these two ripe vintage slices of Hammer horror. If you’d like to immerse yourself yet further in the worlds of Jack the Ripper and Baron Frankenstein, we might have just the thing. Those fascinated by the Ripper will adore our grisly but elegant Jack’s Tally pendant, while Frankenstein fiends should check out Igor’s Knife Switch, our eye-catching earring inspired by the Baron’s brutish assistant. 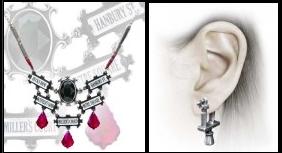 You can purchase both of the above items by visiting our recommended dealers page at www.alchemyengland.com/buy