M’era Luna: Oh how we missed you 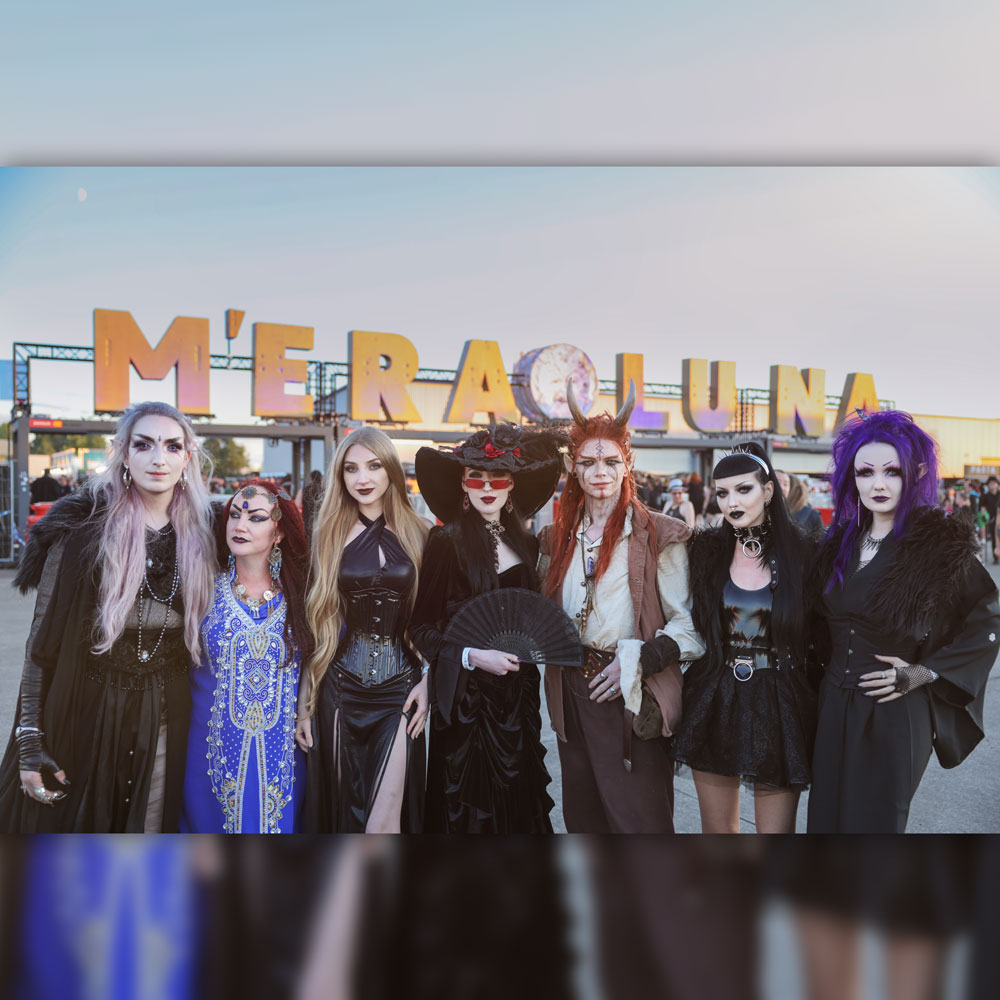 Has it really been three years since we last cavorted on a field not of these sceptred shores? Had the travels there not been so dreadful, I may have forgotten these corona years had occurred as it felt like no time at all had passed once I was in the embrace of fun, frivolity, friends and fine music.

The air was electric, so much more than I have felt in past years. I think most of us felt the same joy at being reunited. M’era Luna themselves often use the word “family” and it rings true. Was great to start the weekend with a gathering of fellow creatives on Friday night. Hosted by the festival organisers, who greeted us as long-lost friends, we were treated to an access all areas tour and a series of amusing anecdotes: Did you know that before 2015 the pond was always covered owing to worries about safety and goths jumping in. However the organisers fought to have it as a feature and the first year it was kept uncovered they concocted a story about the water containing a dangerous blue algae, to ensure there were no swimmers. But everyone knows we are very considerate in our unruliness and there has never once been an incident which means we can now enjoy the pond as it was meant to be (complete with floating Death). 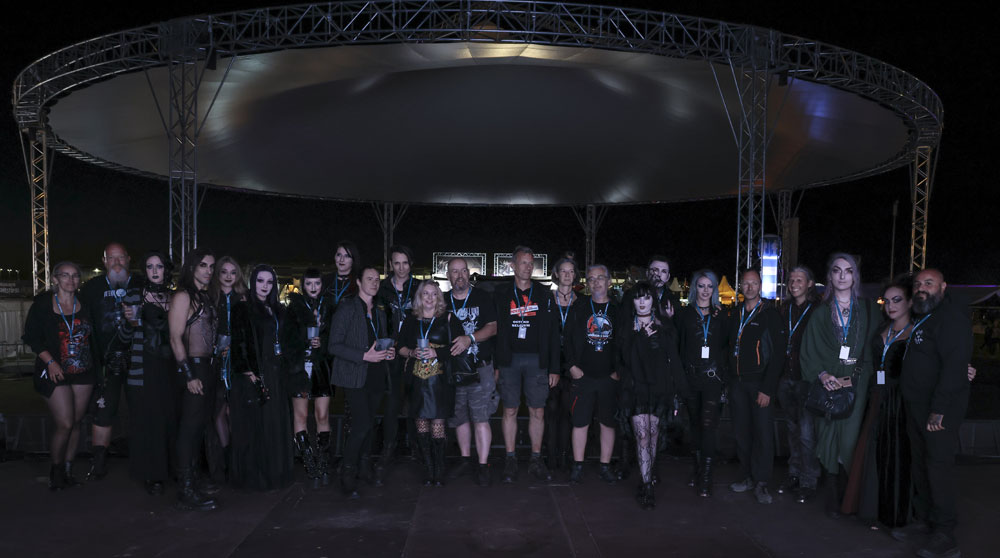 There were a couple of changes this year. The club stage (previously indoors in an aeroplane hanger) had now moved outdoors under a beautiful canopy that could hold over ten thousand people. The main reason for this was that while the venues had stood empty the hanger had been occupied by a company repairing old aeroplanes. Personally though, this kismet was a fortunate one. I think the second outdoors stage adds to the festival experience and there is no possibility of being turned away at the door owing to capacity issues. Plus you can sit at a table under an umbrella sipping mead slushies while listening to the bands! I do fear I missed a number of previous hanger stage bands owing to this 😉 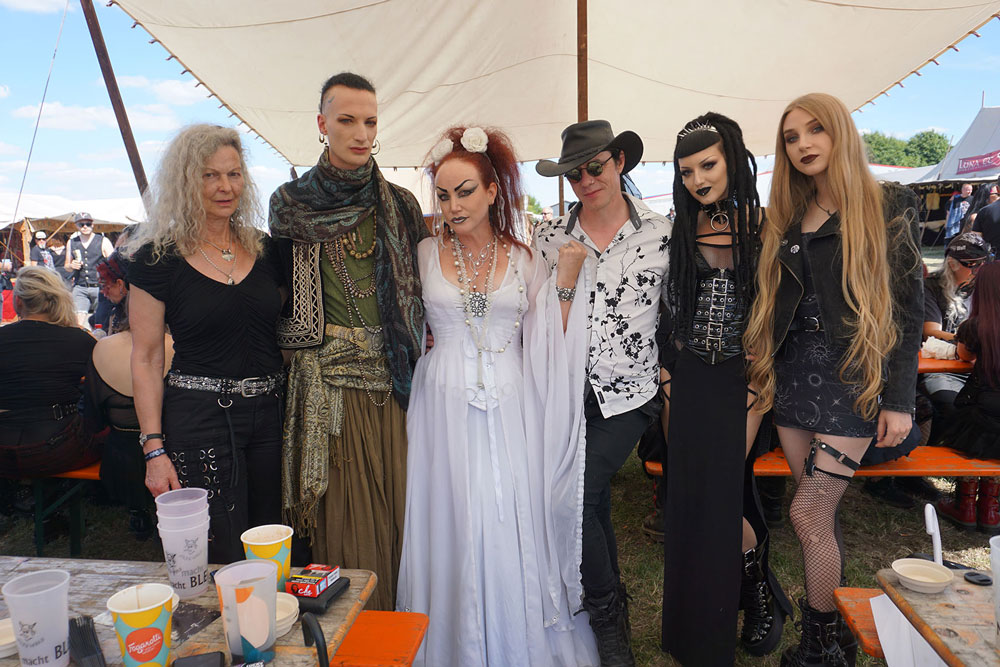 It did also feel to me that there were fewer stalls in the Gothic Fashion Town. Although I must confess I raced through there trying to avert my gaze lest I fall prey to more purchases (with two babies – the closet space and opportunity to wear my pretty things is severely diminished!). 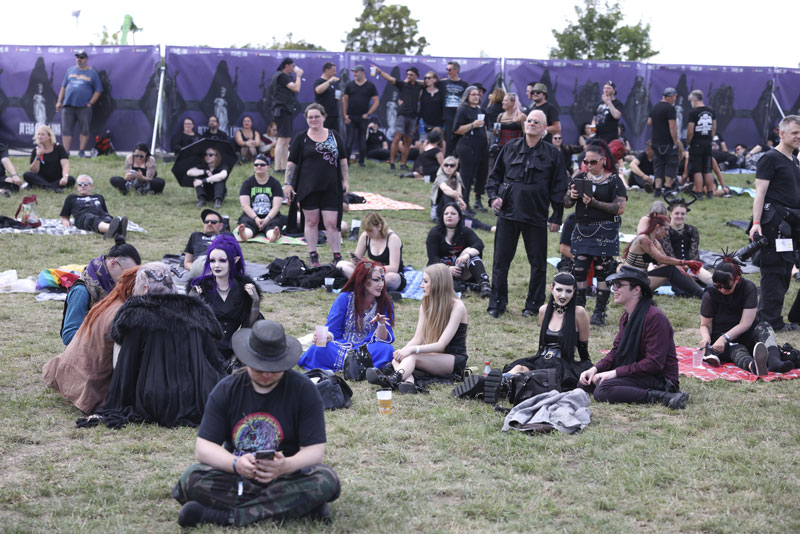 M’era Luna has always been such an inclusive, friendly festival. Beautiful souls of all ages – without any age – gathered together. Mothers, daughters, fathers, sons. Friends. I can’t wait until my two beautiful boys are old enough to share this experience with me and looking around (and seeing that I am still here after all these years) this is a festival for all. Dear friend and fellow progenitor of the next generation of dark souls, Andi-Kat had this to say about the festival: “I love M’era Luna, the atmosphere and setting make this a very special festival. Knowing that everyone there shares the same love of Goth, is in some way a kindred spirit is something you don’t get at festivals within cities. I love enjoy planning and wearing extravagant outfits, the music and socialising with old friends and new. For the first time I came without my child (he’s been the three previous times!) and so danced all night at the disco hanger. Travelling from the UK with Goths on a Bus means our party starts on Thursday. This year, my fourth M’era Luna, we had a staggering 130 bus Goths and five coaches. Next year hopefully we’ll have even more.”

Have you heard about Goths on a Bus? If you are in the UK and haven’t yet been to this festival – that’s your first lookup! To be honest – especially at the moment – that’s probably the easiest and most economical way to get to the festival. They are also such an inclusive and friendly bunch, so even if you are going on your own or know no one – that won’t be the case by the end of the festival any more! 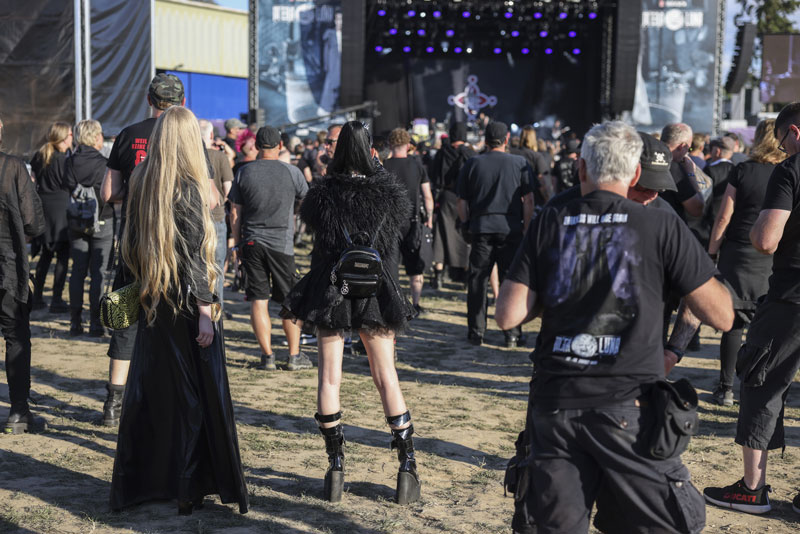 One highlight will stay with me: sitting with my jaw droppingly beautiful compatriots (both inside and out) while Qntal played one of my favourite tracks “Ad mortem festinamus”. A song I have danced to many times over in some of the most beautiful ball rooms and dingiest clubs. A song that talks of the inevitability of death seemed quite an applicable yet juxtaposed backdrop of a day where we are living our life to the fullest, surrounded by a sea of all ages, genders, lives and stories; reminded of our youth and clawing into our future with vigour. All our lives are lived here, and these moments are the soundtrack to our memories. 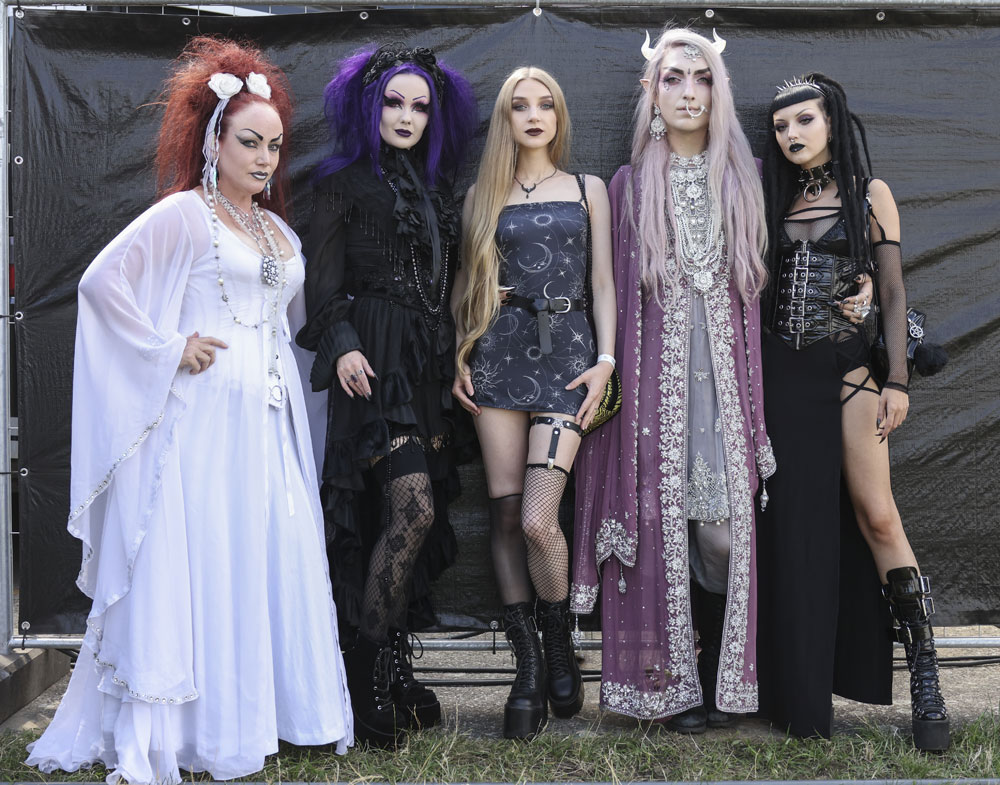 And with that, I leave you with three words to describe #meraluna2022 from some of the people who made this M’era Luna special for me, and maybe next year you can find your words x

And mine: Time stands still

Check out the line-up announcements for next year already! https://meraluna.de/en/ (Solar Fake and 69 Eyes! Plus… I missed the black ice-cream van! So I simply have to go back 🙂