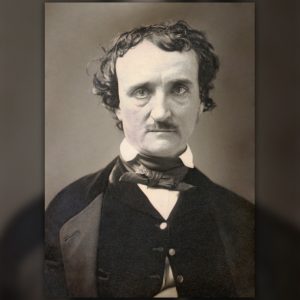 Everyone who is into gothic culture knows the name, Edgar Allan Poe. The genius writer of gothic literature is as well-known as The Adams Family or Frankenstein to anyone who is a fan of the dark side of life! Poe was a master crafter of mystery and the macabre but did you know his own death was just as mysterious as his works? The circumstances surrounding his demise are still unclear and the cause remains never truly understood.

Poe was found on 3rd October 1849 outside the Polling station; dishevelled, disorientated, and dressed in seemingly someone else’s clothing. If that wasn’t odd enough then the days that followed were even weirder. Plagued with delusions, Poe was delirious and gripped by visual hallucinations – unable to coherently tell anyone what had happened to him. Sadly he never regained full consciousness to tell his own final mystery.

Initially, it was a suspected overdose but was this intentional or accidental? A lifetime of sorrow might suggest the former but Poe was known to have struggled with drug abuse so then again it could have been a misjudged amount. Funnily enough, it has been said that Poe really couldn’t handle his alcohol and the smallest glass could make him roaring drunk! This adds to the theory that alcohol poisoning could have killed him.

Theories even suggest cooping – which was an unusual practice where innocent citizens were forced to commit voter fraud! They were stupefied with alcohol and forced to vote multiple times under different identities. And since Poe was found in clothes that didn’t fit him and disorientated near a site where coopers brought their victims, this theory may carry some weight.

Not to mention it was Election Day! 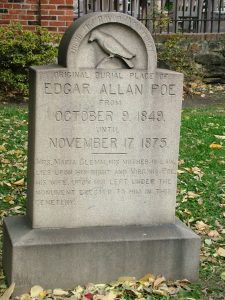 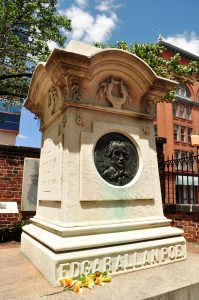 It could be that disease in fact killed Poe such as brain cancer which would explain the erratic behaviour and delusions at the end, but couldn’t this just be the remains of that imaginative mind?

However, it was remarked that when Poe’s body was exhumed two decades after his death a mass was discovered in the remains of his skull which could have been a tumour as they can calcify after death into hard masses. Also, a physician once told Poe that his adverse reactions to alcohol were to do with a lesion on his brain!

There was even the theory of Rabies as Poe’s feverish behaviour and decline matched the symptoms and especially his refusal to drink water which is a distinctive sign of the disease.

It may have simply been influenza that developed into pneumonia but that doesn’t completely explain the insane ramblings.

Eerily mimicking his horror stories, some people think Poe was murdered! Author John Evangelist Walsh put forward the theory that Poe was murdered by the brothers of his wealthy fiancée, Elmira Shelton. It may explain why he was found in odd clothing as if to disguise himself from them after they supposedly threatened him before murdering him in Baltimore.

And more strangely and tragically, when Poe died on October 7th he was heard to have uttered “Lord, help my poor soul.”

So if you wish to show your appreciation to such a gifted and mystifying figure as Edgar Allan Poe then ‘Reflections of Poe’ pendant by Alchemy is the most wonderful tribute. 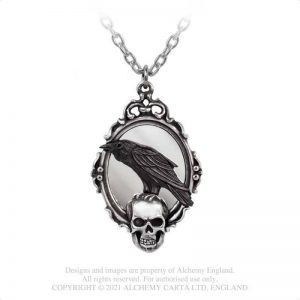 This is a haunting statement reflecting a man who in death, ironically, became as mysterious as his own stories.