Krampus: The Dark Side of Christmas

Krampus is a less well-known figure associated with the Christmas holiday – while St Nicholas rewards the good children, Krampus punishes the bad!

Depicted as a horned and hoofed beast, this frightening figure is originally from Central and Eastern Alpine folklore and is used to warn children that they had better behave unless they want Krampus to come for them! The name also is derived from the German word “Claw” which sounds like it would give nightmares to both children and adults alike. He has even been called the “Christmas Devil” and some cultures still believe in him today. 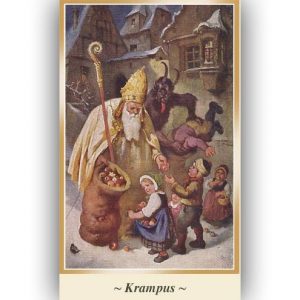 The legend itself is centuries old, dating back to the 12th Century as a German Christmas tradition and seems to have traits relating to many different beliefs. The creature is even said to be the son of Hel, the Norse god of the Underworld and the image of Krampus has similar features and attributes to Greek mythological beings.

What if you have been naughty..?

Then Krampus will be visiting you. According to the myths, Krampus accompanies St Nicholas and uses birch rods to beat misbehaving children into being good – however, he has also been known to steal some children if they are just too naughty and take them to the Underworld! 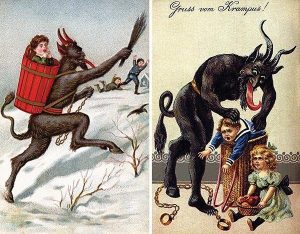 But you do get chances to amend your ways; Krampus first visits with a warning. Those who believe will leave a boot out on December 5, known as Krampusnacht “Krampus Night”, and the next day on December 6, Nikolaustag “St Nicholas Day,” either a rewarding present will be left or a whipping rod as punishment.

In the olden days, some Austrian families have been known to leave birch rods up as decoration all year round as a warning for children to behave!

These days more people are interested in celebrating the festive season the non-traditional way so new events and practices are created. 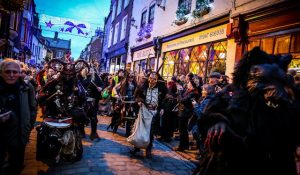 One such event is the Krampus Run – a ridiculous but fun festival where people dress as devils shaking chains and cowbells while they chase tourists through the street with rods!

There are also many cinematic versions of Krampus made, these often lean towards the horror theme when showing the ancient Christmas figure. One that sticks in my mind is the 2015 interpretation in which Krampus is portrayed as a truly terrifying monster that is supported by a riotous mob of minions made up of murderous elves, giant possessed toys and evil gingerbread men! Both sinister and hilarious! 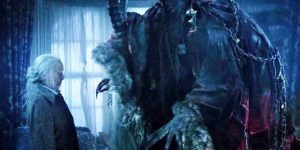 Unbelievably, there are also children’s books about the devilish character although definitely not as frightening as the true myths. “Goodnight Krampus” is a Yule present I got for my toddler which shows Krampus as a naughty elf who won’t go to sleep on Christmas Eve – very much a different take on the creepy creature of Germanic folklore! 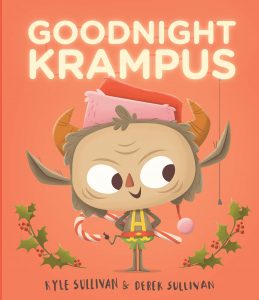 If you are interested in the more disturbing Christmas legends and prefer to celebrate the darker side of the festive season then look for the less conventional gifts for family and friends.

These pieces below by Alchemy are not only perfect for those who appreciate the more gruesome and twisted fairy tales, but they are also ideal stocking fillers! 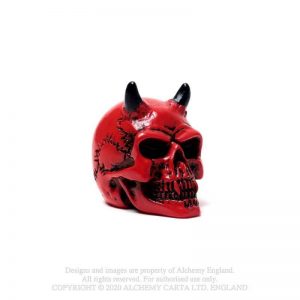 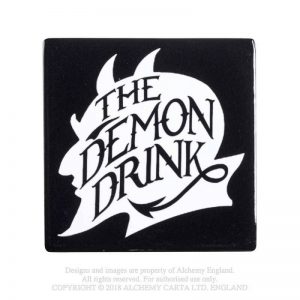