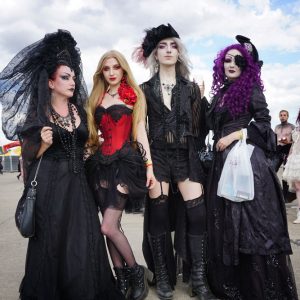 M’era Luna has always been about the people for me, and this year was no exception. Echoing the sentiment I hear over and over again from each festival goer I encounter: we are here to see old friends, make new ones and strengthen connections made over time and tide. But what makes this festival different from others is that this sentiment is not just shared amongst those on the ground but through the bands that play and into the festival organisation.

This year on Friday night there was an International Summit for Gothic Creatives: aimed to bring together those who give back to the scene in terms of their time, voice, style and creativity. It was a wonderful way to set the pace for the weekend ahead and get everyone in one place for drinks and decadence. Was also nice to be taken on a backstage tour by Jasper Barendregt of FKP Scorpio (the festival promotors) and stand on the main stage looking out on to the empty field – knowing that in 24 hours the field and stage would be full of passion mirroring each other. Was great to get a behind-the-scenes sneak preview and I was curious to find out how they found organising gothic festivals compared to the range of other events they manage, and discovered that they require a lot less security and the bands are all very amenable – a testament to the very nature of our scene. 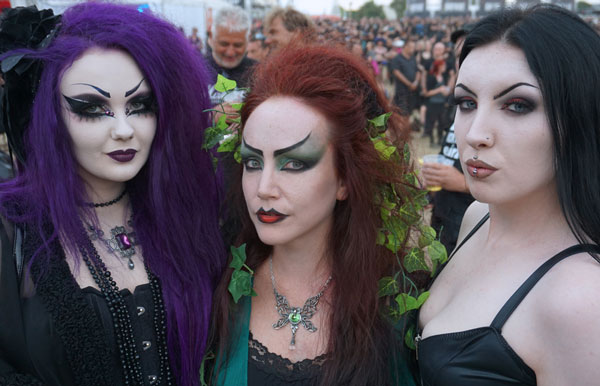 The line-up was again stellar, however having seen most of the bands live a couple of times (that’s what happens when you’ve been in the scene for a couple of decades already 😉 I decided to rather use it as an amazing soundtrack to a weekend of socialising.

This year also saw the tenth anniversary of the fashion show with the indomitable designers of the gothic fashion scene: Alessio Benetti, Videnoir and Wonderland MC who along with Monstermachier, Body Art Design, Ank Design, Pirate Buiness, Lilycut + Bloody Brilliants, Resumo, Inner Sanctum and Lucardis Feist saw 10 for 10 all showcasing their astounding and intricate designs. And for the fifth year running, the mighty presence of that most established of Gothic lifestyle companies, Alchemy England. Their stand was, as ever, replete with a dazzling array of original & desirable goodies, including their eternally fabulous jewellery – Gothic influencers jewellery of choice! 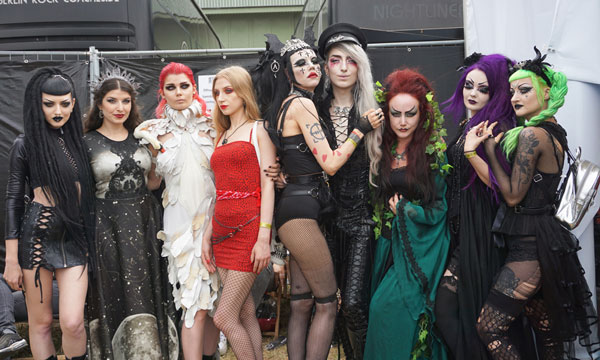 So 2020 has been announced, complete with enigmatic headliner which has been blacked out from the flyers. Issues with band bookings or firing up the interest in who it could be? Whatever the reason – the line-up never disappoints, and tickets are already flying out the door! And if you’re in the UK, the easiest way to travel is by Goths on a Bus. I caught up with Adrian Akins (the intrepid goth-herder of GOAB) who had this to say “it was once again a great success, this year we took 85 people from various locations across UK directly to the festival, all three buses arrived at Dover together and travelled in convoy on to the airfield. everyone had a great time enjoying all the bands and festival food, drink and other entertainment including our own “mini festival tent” which is the central socialising place for all GOAB campers. I really enjoy this festival, which is why I started coming to M’era Luna, and once again this year did not disappoint, fantastic line up of bands, with great variety, FKP Scorpio have done a great job with improving the festival year on year I am already looking forward along with the Goths on a bus crew to returning once again in 2020”