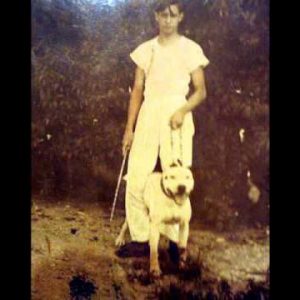 Warning: Some of the information below is based on facts others are merely fiction…for the time being.

1835. England, the Parliament outlawed bull-baiting and bear-baiting sports in which dogs fought to death against other animals. Gamblers turned their interest to dog fighting, a popular and profitable sport. British dog-fighters created crosses between the English Bulldog and various types of Terriers. This led to the best fighting dogs: Bull Terriers. They had the size, strength, aggression and ferocity to fight to the death.

1850. Argentina. Some of the new fighting dog prototypes arrived in Argentina. The locals were impressed by the Bull Terriers. They introduced them in their dog fights, very popular in Cordoba, Argentina’s second largest city. 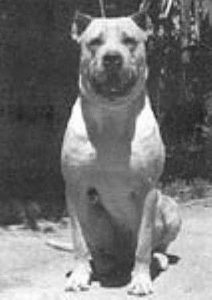 A new fighting breed arose in Cordoba, a mix of Bull Terrier and other breeds (probably Spanish Mastiff, Bull Dog and Boxer). This led to: ‘Perro de Presa de Cordoba’ (the Fighting Dog of Cordoba). The Cordoba dog resembled a Bull Terrier but was bulkier and possessed extreme muscle mass. The people’s favourite colour was white though the Cordoba dog could also be found in several other colours. Its jaw was powerful and its instincts savage. Its courage was beyond limit. It never backed down from a fight and it kept its teeth sank in its opponent until its very last breath. Even breeding these dogs was difficult as the male and female killed each other rather than mated. But the advantages of this breed went beyond dog fighting. They were good at boar hunting, though pack-hunting was impossible. People soon realised the Cordoba dog was a good fighter but aggressive to extremes, attacking even its own kind or its owner.

1925. Argentina. The initiative of a wealthy Cordoban surgeon led to the creation of a new breed mixed with Corboda dog blood: the ‘Dogo Argentino’. This breed was more keen to collaborate with its own kind and became popular, overshadowing its ancestor, the Cordoba dog.

1950. Argentina. Many Cordoba dogs were dying in dog fights. Breeding them was still a challenge. They became rare and eventually, extinct.

1950. Argentina. A Russian businessman owned one of the last Cordoba dog prototypes. He decided to dedicate his time and money in keeping this breed alive. 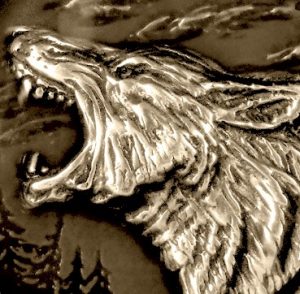 1965. Scotland. Scottish scientist announces he will present a new dog breed related to the Cordoba dog but much better than the Dogo Argentino or any other guard dog.

On the day before the presentation the scientist went missing.

1967. Scotland. A driver spotted a peculiar beast with wolf features walking on the side of the road. The driver’s testimony was not taken seriously, as he was assumed to be drunk.

1988. Germany. A large wolf like creature was spotted by a group of Air Force personnel. The police refused to investigate it further.

1989. US. A bar manager in Wisconsin spotted a beast at the side of the road. It had fangs, grey-brown hair and pointed ears.

A dairy farmer reported spotting a peculiar beast. He mentioned its head was almost hairless. The media started calling the creature ‘the Bray Road Beast’. 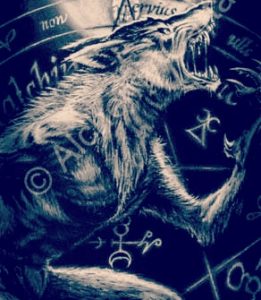 1990. US. A girl hit an animal with her car. When she stopped the car to see what had happened there was nothing there. Out of the forest a creature emerged, bulky and hairy. It was running towards her. Luckily she had time to jump into her car and drive away; yet another Bray Road Beast encounter.

A farmer came face to face with the Bray Road Beast at an overgrown forest area. It glared at him standing on its hind feet. The creature’s head was of a pale brown colour and its shape was muscled yet deformed. The farmer mentioned that the creature’s eyes were very strange. When the farmer ran away the beast did not chase him.

2001. Argentina. A woman claimed she had spotted El Lobizon, a werewolf creature based on Argentinian myths.

A farmer stated El Lobizon killed all his cattle. Pictures of half eaten cows were published in newspapers the next day. Hysteria broke among the locals who started hunting down all kind of predators including the maned wolf.

2002. Argentina. In the area of Mendoza several complaints were made of El Lobizon terrorizing people. The police investigated but concluded this was just a scam to attract media and tourism.

2003. A man was found dead in his house nearby the city of Cordoba. His body was mutilated. He was a famous dog breeder. No dogs were found on his property.

2005. Argentina. A dog fight ended in bloodshed. The police suspected a gang fight, though they failed to explain how the bodies ended up so brutally mangled. The only explanation was that the dogs escaped after the fights and starving, they mutilated the corpses. No dogs were found at the fighting scene or wandering the streets.

2006. Argentina. Several butchered bodies were found in different parts of the country. It was concluded that the victims were assassinated then dragged to rivers and thrown to the piranhas to hide their identity. The police opened an investigation on a possible serial killer.

2007. Argentina. A man was found in his home in Cordoba torn apart. The police suspected it was an animal (puma) attack. Superstitious folk believed it was El Lobizon. The man was a former fight dog dealer. 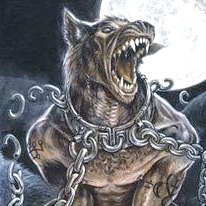 2010. Argentina. A dog fight was interrupted by fire. When the police arrived at the scene they faced disfigured, burned bodies. Strange enough no dogs or dog corpses were found at the scene.

2017. A man posted on Facebook that he was a werewolf, born out of an experiment created in the year 1960. He wasn’t alone. Since that year many experiments had been conducted in which dog breeds were taken to extremes eventually being mingled with human blood. His brothers were at his side and soon they would all rise against the cruelty that had been done to their kind over the years. He was willing to give an interview to any newspaper that was interested and would take him seriously. He even stated that he might consider shapeshifting in front of the cameras.

If we were able to create fighting dogs with killer instincts back in the 19th century, imagine how much this has evolved throughout the years. Imagine what happens when such creatures escape the laboratories and roam our world.

Werewolves are not just imagination, they are an inevitable result. 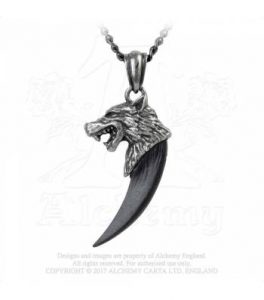 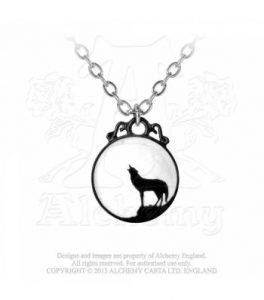 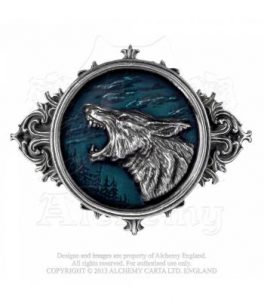