40 Years Of Alchemy – The Birth Of An Iconic Brand 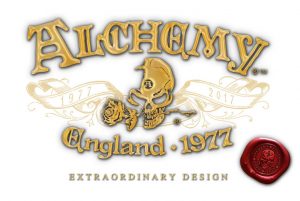 Alchemy England are celebrating their 40th anniversary this year. The alternative jewellery and gift brand is known all around the world for its high quality gothic, steampunk and metal wear, but did you know that it was born in a small bedsit in Leicester? 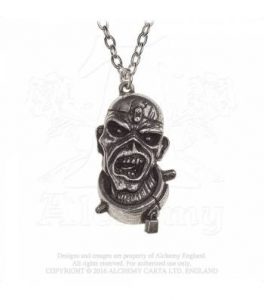 It was back in 1977 when unemployed punk rocker Geoff Kayson started making his own jewellery. Using lead he’d bought from scrap metal yards and the guidance of library books, he taught himself how to cast badges and necklaces by hand. He sold the finished pieces outside local punk gigs and via the classified pages of British music magazines under the brand name of Poker. His original designs, which included a public lavatory lock and a bent screw, attracted a cult following. It wasn’t long before his equally creative friend, Trevor Phillipson, began helping out. The pair soon started receiving orders for band merchandise; Adam And The Ants and Penetration were among his early customers, followed by the likes of Whitesnake, Iron Maiden and Monsters Of Rock (the pre-cursor to Download Festival in Donington). What began as a hobby had grown into a small business.

As the new wave of British heavy metal snatched punk’s mantle, Poker was given a new name: Alchemy, inspired by the fledgling company’s skill of literally turning lead into gold. Fresh inspiration came with this new moniker, and an expanded design team began work on exciting new pieces that incorporated elements of mythology, fantasy and history to reflect the growing interest in the metal and Goth movements. Geoff and Trevor created a mysterious skeletal character called The Alchemist and developed a new range of pewter-based jewellery to feed his intriguing story. It was Trevor who drew the now iconic logo of a sinister skull gripping a black rose between his teeth, and the accompanying range was stocked at the pair’s new shop in Leicester. 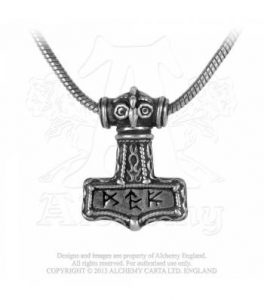 Endorsed by rock stars, featured in movies, and worn by you, Alchemy has grown over the years with new ranges, new partnerships, and new licensing deals. The current catalogue includes elf ear cuffs, T-shirts inspired by the Norse god Thor, as well as gothic bat necklaces, not forgetting skull lamps, steampunk time-pieces and Absinthe shot glasses. Despite global success, Alchemy has remained true to its roots. The company is still based in Leicester – although in larger premises – and every piece of pewter wear continues to be manufactured and finished by hand at their English factory. Often imitated but never matched, the renamed Alchemy England has become synonymous with quality and innovative design – their passionate creative team constantly come up with new ideas and magical stories to inspire their jewellery and giftware.

It’s incredible to think that one of the best-known alternative jewellery companies in the world came from such humble beginnings. 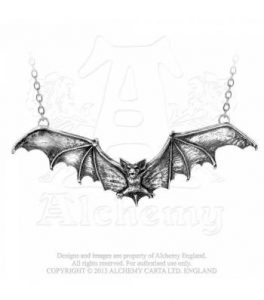 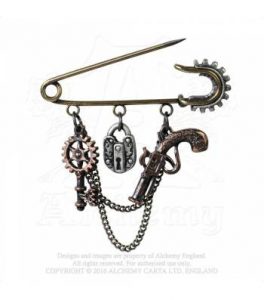 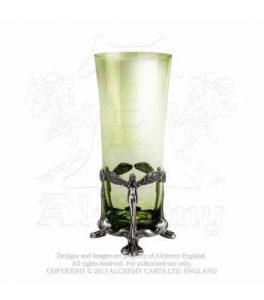