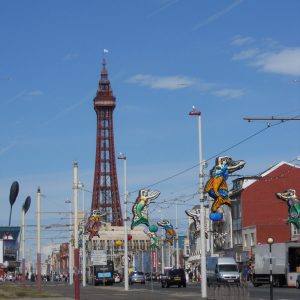 Punk has been celebrating its 40th anniversary this year and there have been loads of brilliant events held in honour of this across the UK. One of the biggest was held in Blackpool from August 4 to 7.

Blackpool has been a popular holiday destination for many years. There’s so much to see and do: the massive Blackpool Tower, the sandy Pleasure Beach, two piers packed with games and rides, and rows upon rows of illuminations that are switched on every autumn. But for the last two decades the British seaside resort has welcomed a riot of multi-coloured Mohawks, patched-up jackets and band tees as it’s also home to the UK’s largest punk rock festival. 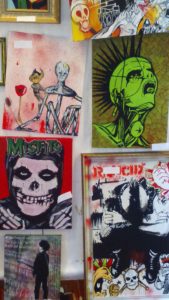 Rebellion Festival has been celebrating its own 20th birthday. The independently-run event was first held under the banner of Holidays In The Sun in ’96 and organisers say that this year’s was the largest yet, with around 10,000 punks enjoying more than 300 performances across four days. The anniversary line-up was spread across six stages inside the Grade II listed Winter Gardens entertainment complex, with an extra one outside, where all the big headliners played. Remarkably, the weather was (mostly) dry for them!

It was the first time I’d attended the event and it was quite an eye-opener. In the same way that goths mix with the locals twice a year at Whitby, punks from all over the world descend on Blackpool to enjoy live music, talks and beer. There was an incredible blend of classic acts, such as The Damned, UK Subs, Ruts DC and Stiff Little Fingers, as well as brilliant contemporary bands like Pussycat And The Dirty Johnsons, Hands Off Gretel, Choking Susan and The Old Firm Casuals (the latest project from Rancid’s Lars Frederiksen). Peter Hook even performed a set of Joy Division favourites with his side-project The Light. Then there were documentary screenings, performances of anarchic poetry and interviews with punk icons such as DJ-turned-film maker Don Letts and Penetration’s Pauline Murray. There was so much to see and do, four days just wasn’t enough. 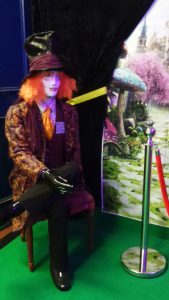 In true DIY spirit, there were also stalls selling everything from CDs to sew-on patches and even handmade Misfits oven gloves, as well as an art exhibition in the stunning vaulted Spanish Hall. There I admired pieces by underground artists, including Gaye Black (The Adverts), Charlie Harper (The UK Subs) and Knox (The Vibrators). Meanwhile, backstage there was a cute Alice In Wonderland bar for VIP guests, where you could have your photo taken with a Mad Hatter-styled mannequin! 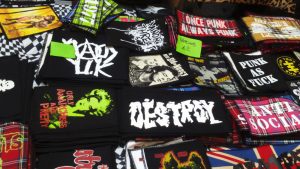 It was an amazing way to celebrate the 40th anniversary of punk – the subculture is just one year older than Alchemy England – and I’m already making plans to return next year! 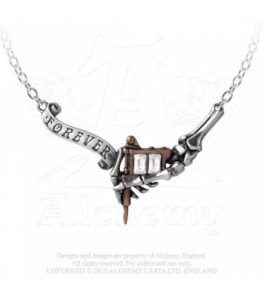 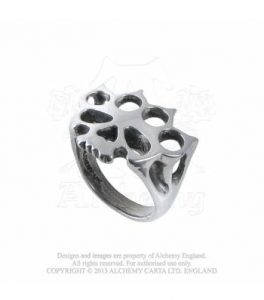 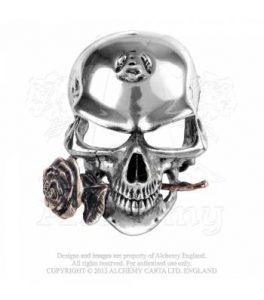