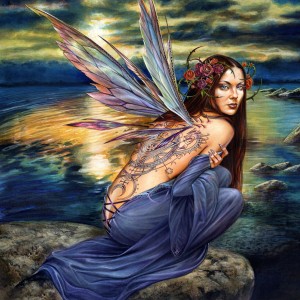 Wake up before dawn, walk towards a nearby lake and wait there…Just wait would you? When dawn makes its presence, what would you see? A lake, you say? Just a lake? Are you sure? Well I’m afraid that’s not what people saw at that hour according to my grandma’s stories and Romanian folklore.

‘Ielele’ a strange word in the English language but it means (I will explain it to you this time…) maidens, fairies, nymphs, daughters of Aphrodite, you name it! Ielele are beautiful, cheerful girls, always barefoot and dressed in white according to the village where my grandma was raised. Ielele love to dance and to have a great time. People used to see them all the time when my grandma was a child. They’d see them levitate and dance in circles above and around lakes. They’d be dancing the traditional Romanian ‘Hora’ (holding hands and going round in circles). They’d be laughing and smiling, their silky hair seducing everything around them, the scent of their skin driving nature mad. An irresistible image you might say. Yet, people said that if you saw them, the most important thing was to not call them out! If you did, then they’d come after you and drown you in the lake… Not so irresistible after all.

Fortunately or perhaps unfortunately for you I have no stories told by my grandma about people who were actually killed by the Ielele. Then again, people drown all the time, how can we be sure that the Ielele have nothing to do with it? How would we know? Death is, after all, blind, mute and very good at keeping secrets…

If you are interested in seeing these beautiful and deadly creatures, I have a spell for you. I have no idea where I’ve read this, but I’ll never forget it. It goes something like this: 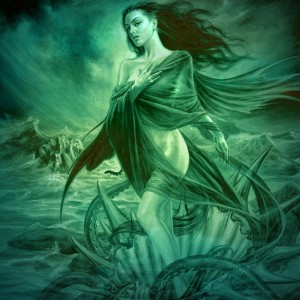 Wake up before dawn and find a lake. At dawn when it’s just you and the lake out there, make a wish and throw an apple in the lake. Then wait. The Iele will then appear, like the most gorgeous ghosts of your wildest dreams.

I am not sure what would happen next. I’ve never tried it, not because I am scared but frankly because I am way too lazy to wake up at such an inconvenient time. But feel free to try it, watch those nymphs as they dance in circles and steal your heart. But remember this: don’t, don’t call them out!