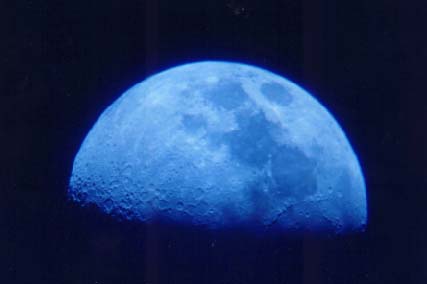 The popular saying “once in a blue moon” used to describe an event that rarely takes place, comes from the rare occurrence of two full moons in a calendar month. It is the second full moon which is known as The Blue Moon (although not blue in colour). Tonight (Friday 31st August) will see the second full moon of August and first Blue moon since March 2010.

Because the time between one full moon and the next is close to the length of a calendar month, the only time one month can have two full moons is when the first full moon happens in the first few days of the month. Most years have twelve full moons that occur approximately monthly. In addition to those twelve full lunar cycles, each solar calendar year contains roughly eleven days more than the lunar year of 12 lunations. The extra days accumulate, so every two or three years (7 times in the 19-year Metonic cycle), there is an extra full moon.

The moon will be at its fullest – reflecting the maximum sunlight from our vantage point on Earth – this afternoon at 2.59PM. Although sadly there’s no point looking up for those of us in the UK, as the moon will be below the horizon at this point. However if you look up tonight when our solar neighbour makes an appearance, you’ll be seeing the first ‘blue moon’ since March 2010, and the last one until July 2015. 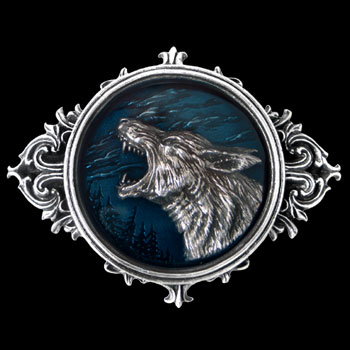 For a brief but mortally terrifying transience, the incredible forces of the full moon are inexplicably combined with an obscure but powerful, cabalistic seal of Saturn, unleashing the wholly unnatural and utterly dreadful phenomenon of the Werewolf. The resulting man come wolf beast, will savagely terrorise all before him, creating the next generation of ill-fated victims. Order your Wulven Belt Buckle (B74) online by searching our approved online dealers www.alchemyengland.com/buy