The Curse of the Wolf

Now the spooky season is in full swing, it definitely wouldn’t be complete without the horror stories of creepy mythology. One of the most infamous myths is of the ferocious Werewolf. Half man, half wolf – an amalgamation? An entity? Something entirely different? You’ve seen them in the movies and read a few books, but where did these beasts really come from?

So grab yourself a pumpkin-spiced latte and have a read! 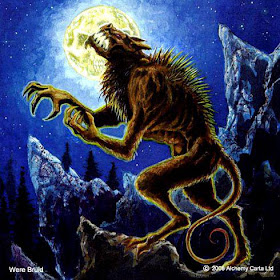 What is a werewolf?

Most of us have some idea but to summarise these wolf-like beings are characterised by their violence and berserker nature. Legend suggests that they are human by day and beast by night (transformation sometimes triggered by the full moon) and can even live a relatively normal existence – providing they hide their bloodthirsty impulses!

The theory of a werewolf curse is reflected in ancient stories such as the Greek legend in which Lycaon and his sons attempted to trick the god Zeus, this resulted in Zeus cursing them by turning them into wolves. Also the oldest known Western prose ‘The Epic of Gilgamesh,’ tells the tale of Gilgamesh rejecting the goddess Ishtar as a lover because she turned a previous spouse into a wolf! 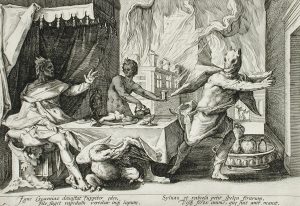 Clearly being a werewolf is not a favourable lifestyle in many cultures, however, some Pagans have been known to respect and even revere the were-animals due to their beliefs that the gods are abstract parts of the world around us – the elemental forces – and view them as any other part of creation and even a way to adapt more to nature.

Some myths are centred around the concept that the human becomes a werewolf by wearing a wolf’s pelt. They literally become the beast by adopting the animal’s traits through the flesh! The metamorphosis seems to have origins in early religious contexts where animal skins were used in rituals and imitations of the creatures to supposedly gain their characteristics. 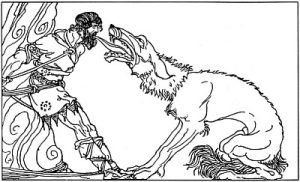 A Nordic folklore tale called ‘Saga of the Volsungs’ showed this with the story of a father and son who discovered that wearing wolf skins would transform a man into a wolf for ten days. The tale becomes tragic as they both transform and go on a murderous rampage with the father lethally injuring the son who nearly dies. Thus demonstrating the deadly and untameable nature of the werewolf.

Body and spirit of the wolf

What truly changes when the werewolf comes to life? Allegedly the form becomes a beast and the human consciousness becomes animalistic and eager for savagery. And yet perhaps some element of humanity is preserved.

Religious theories from Gothic Christianity imply that the man who became the werewolf could not be blamed for the crimes committed when the wolf as it was the Devil orchestrating the atrocities, not the innocent human. Yet Father Jacques d’Autun surmised the werewolf curse came to be because of a pact made with Hell, making the person responsible for their actions.

However, some Buddhist beliefs suggest that the human form is secondary and we are all werebeings, our true forms are not shown until enlightenment is attained. Perhaps they do not see the werewolf as being the unrelenting violent creature but as man combining with nature in a higher form. 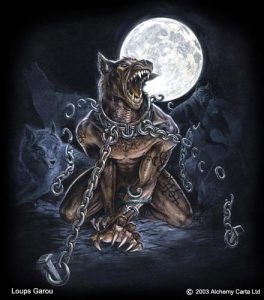 And is the sight of the wolf in fact just an illusion? The notion of “demonic glamour” is that the body stays the same, but the illusion of something deceptive and evil causes onlookers to believe the person has indeed become a wolf.

Lycanthropy is a real clinical illness that causes the delusion that one can change into an animal, notably a wolf! This disorder could be harmless if not for the belief that they adapt to the animal’s traits which can involve unpredictable and aggressive behaviour.

There have even been accounts of serial homicide by individuals who believed or convinced themselves that they were werewolves. One case comes from folklore: Peter Stubbe was thought to have transformed into a wolf and mutilated and devoured livestock and even people! Giles Garnier (1600s) proclaimed to have an ointment that turned him into a wolf – his crimes were brutal murder of children and then eating them.

In the Middle Ages, there were even werewolf trials! Typically, men were accused of being werewolves, and they were persecuted in a way similar to how women were accused of witchcraft. Werewolves were supposedly associated with Satan and the crimes ranged from the abduction of children to cannibalism – crimes of wolves in fairytales? 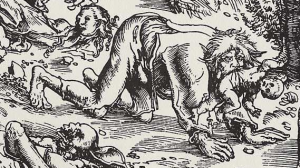 Perhaps the sight of this chimaera is the way humans rationalise the heinous acts of wicked individuals – it purely becomes a way of understanding and coping with the barbarity witnessed. Or even a way to explain the bizarre behaviours that we reveal that truly connect us to the real animal within…

If you have the burning desire to channel your inner wolf then look no further than the extraordinary designs from Alchemy: 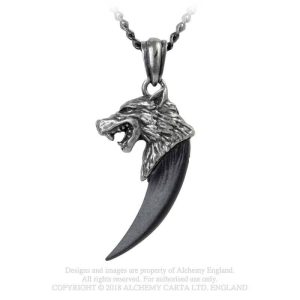 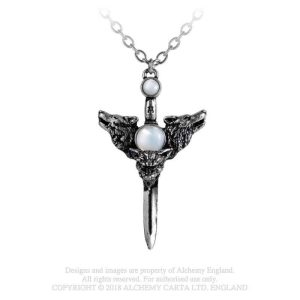