Having in mind that the 18th of November is Occult Day we dedicate this story to all the witches among us. 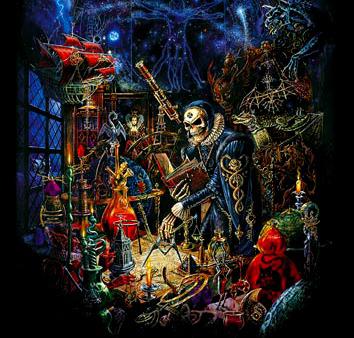 A young lady came to my shop on one Friday morning. She seemed very cheerful and she was dressed very prettily. She told me she wanted a tarot reading. I asked her if she preferred a certain deck for I had many tarot decks. She told me she very much liked all of them and that she would leave it up to me.

I chose a tarot deck that seemed just as interesting as this young lady was. I thought this deck might catch her attention.

We sat at a round table in the middle of the shop. I encouraged her to touch the deck and ask herself a question she needed an answer to. Smiling, she did.

I used a three card spread revealing the Past, Present and Future. The cards came out as following: the past showed me the Queen of Swords, a powerful yet grieving woman, perhaps a widow who had had her share of sorrow. I told my client she might have had someone in her past who guided her and tried to advise her not make the same mistakes as she had. My client agreed. The present card showed me the Fool. I told her this could mean she is ignorant of something or that she is carefree. She smiled though she seemed a bit confused. The future card showed me Death though I told her this can also mean a new beginning or a fresh start. She did not like that card one bit and her smile instantly faded. She stood up, paid me for my services and left.

On Saturday morning the same young lady came, again very jolly and very sweet. She asked me for a tarot reading. Strangely, she didn’t seem to recognize me. In fact when I brought it up she said this was the first time she had ever set foot in my shop. I found it very odd. I asked her as the day before if she preferred a certain deck. She told me she did and she actually chose the deck I had chosen for her the day before. Again without having any recollection of the day before.

We sat at the table and I chose the same card spread once again: Past, Present, Future. In the past…the Queen of Swords…once more, in the present, the Fool and in the future, Death. I was startled. It was the exact same combination as the day before. I had never had the exact card spread with a client before. And once again the young lady was very upset. She stood up, paid and left.

I couldn’t sleep all night. I though of that peculiar encounter with the strange young lady. I wondered if she would come the next day again. 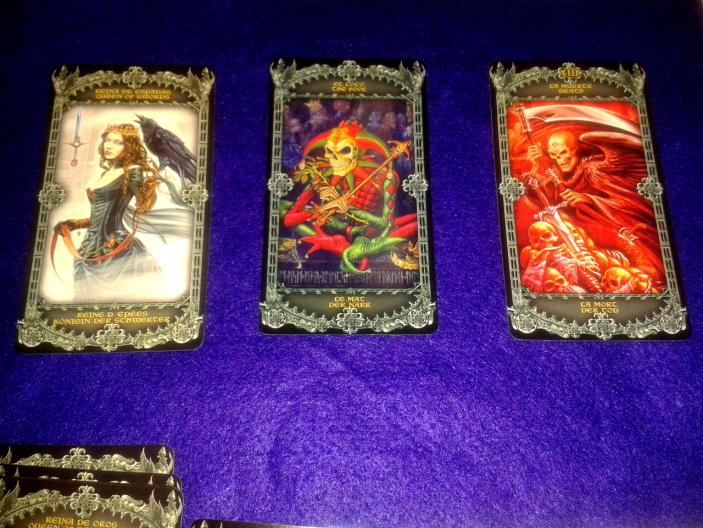 Sunday morning I always kept the shop closed but my curiosity took over. I even looked through her favorite deck and took out the three cards that had turned up in the two readings. I was curious what would happen if this time the reading will not result in those three cards. What will happen if she sees other ones?

Out of the blue, she stood before the shop even though the Closed sign was still visible.

I opened the door and eagerly let her in. She was again very cheerful and again seemed to have no idea of who I was. I skipped the part in which I asked her for her favourite deck, I just took that colourful deck she so much loved and we sat at the table.

I decided to ask her a few questions first before starting the reading.

‘What kind of answers are you seeking?’

She smiled at me then looked around the shop avoiding my gaze. ‘Oh, I don’t know, I am just curious of what the cards might say,’ she giggled at the end. 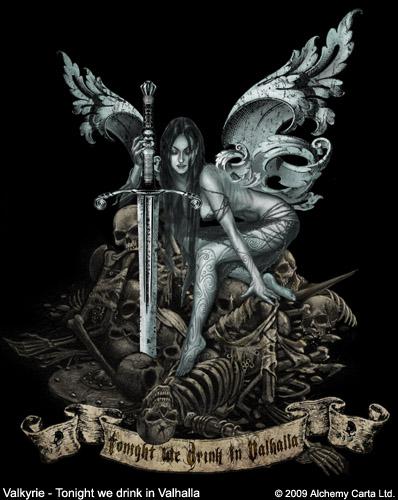 ‘What if the answer is not very pleasant?’

‘How unpleasant can it be?’ she asked amused.

‘Oh my, I hope that does not turn up!’ She said still cheerful.

‘Death,’ she almost whispered it.

She thought about it for a moment, playing with her curly blond hair. ‘Then it is the most unfortunate reading I have ever had.’

‘My step mother says the silliest thing in the morning,’ she laughed, ‘she never liked me, you see. Her own mother, a sweet old lady, God bless her soul, warned me about her. The old lady was always very fond of me and I think that made my step mother jealous. She always mistreats me and says the strangest things.’

‘She always says she wishes me no illness nor heartache, all that she wishes for me is ignorance and having no clue of the things that happen around me.’

‘Perhaps that is what the Fool means then,’ I softly concluded.

I realized we hadn’t even started the reading and that she had, of course, no recollection of the days before. ‘I…why would she do that to you?’

‘She’s always hated me. Some say she is a witch,a bad witch and I am afraid that some of the things she says might come true one day.’ 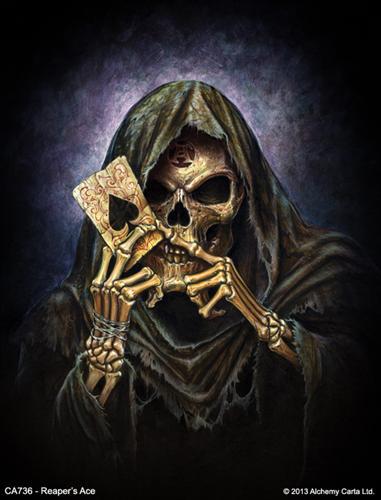 ‘And this is the reason why you have come to me?’

‘I see.’ That explained her reaction every time she saw the Death card.

‘Why, she told me I will be so ignorant of my own life that I won’t even see my own death coming.’

‘And if the Death card shows up?’

‘Then it means she won.’ She smiled strangely.

I couldn’t help myself but stare at her for a moment.

‘Shall we start the reading?’ she suggested.

I used the three card spread knowing that three cards in particular could not turn up in this reading.

‘All right,’ I said while I was turning the cards over. ‘The past,’ I looked at the card and strangely felt relieved. ‘The Sun!’ I said. ‘You must have had a very happy childhood.’

‘I did indeed, perhaps that is the reason why my step mother hates me so.’

‘Oh I don’t like that one bit,’ she said a bit furious yet keeping her cheerfulness.

‘This means bad influence or unable to change the situation.’

‘The future,’ I said just as I turned over the last card. I looked at it confused. 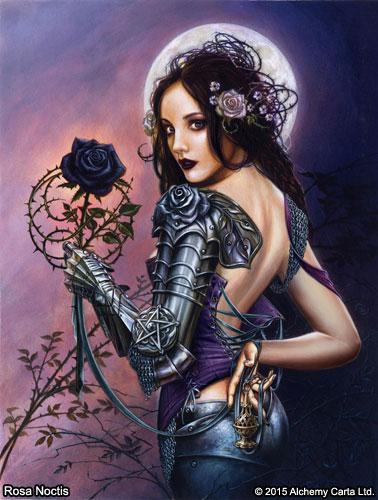 ‘Justice will be done.’

‘All right,’ she said a bit puzzled. ‘I guess, I guess that will do then.’

She paid me for my services and left.

She didn’t come the next day. But then I read the Monday paper:

‘Hit and Run. Woman gets hit by car. She was crossing over the street with her step daughter who managed to avoid the hit herself. The step daughter said that she was distracted by a man who had smiled at her from across the street and it probably saved her life.’

The young lady showed up that afternoon. We sat for a cup of tea while she told me about what had happened.

‘He seemed so handsome and had such a wicked smile, I thought immediately that he was the Devil and I froze while my step mother crossed the street, But, if I had not had that moment it would have been me instead,’ she said. ‘I thought he was the Devil, but perhaps he was actually a blessing in disguise.’

That made me smile while we drank our tea in silence.

Ignorance is the worst spell someone can put on you and there are a lot of evil witches in the world. But sometimes all it takes is a change of cards to open your eyes and change your future.

Witchcraft is not something to be taken lightly. Ward off malevolent spirits and evil incantations with the Amourankh stud dropper earrings [E354]. Similarly warn others of your skills in witch craft using the Ruah Vered pendant [P715], the Celtic Theurgy [R50] with its celtic patterning to enhance your supernatural powers or the Crystal Pentagram [P365] set with a red Swarovski crystal within its symbology of protection. 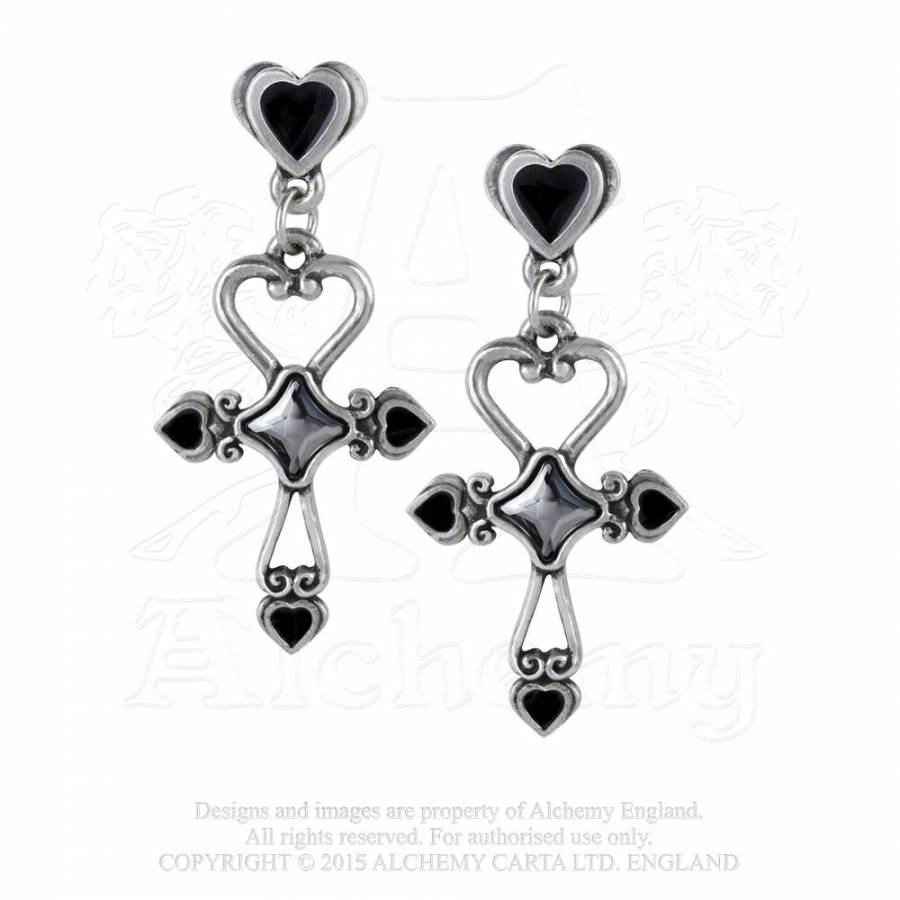 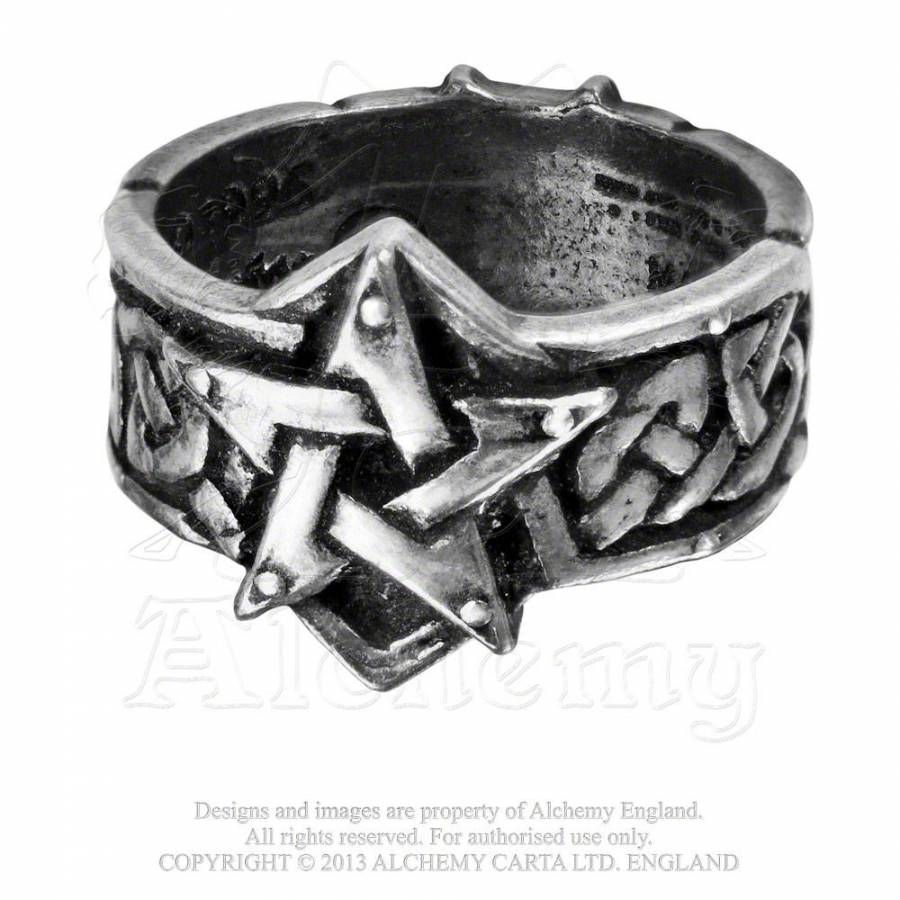 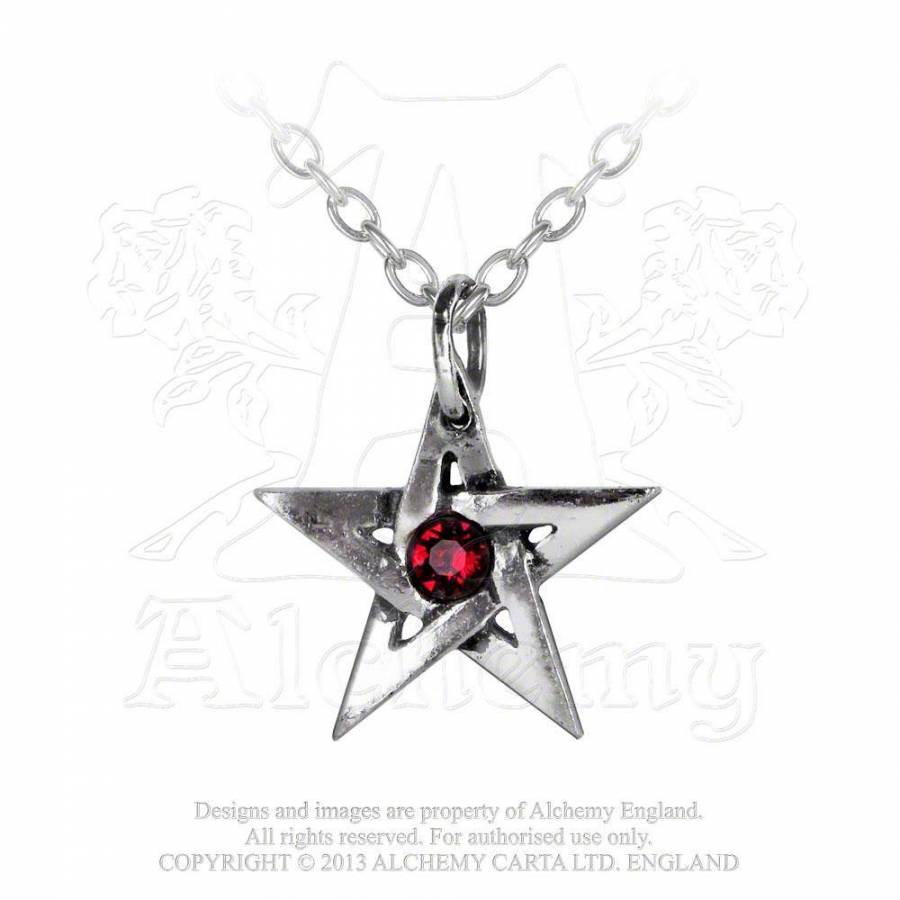