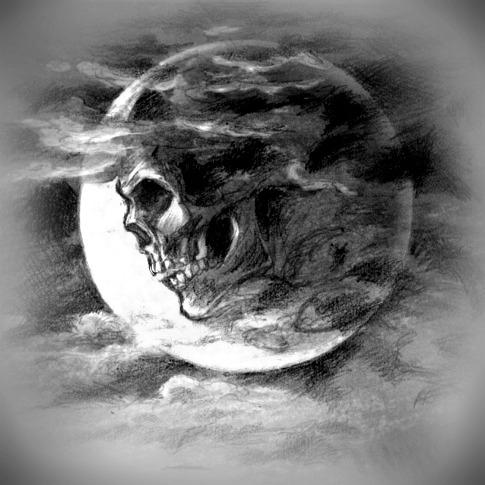 There was a complete chaos at the City Hall. The crime scene was surrounded by at least a dozen reporters and hundreds of civilians. I barely managed to reach my Crime Scene Investigation team. All I could think of was the body. I wanted to see the body. I needed to see that body! That was the only way to discover if I was the criminal.

My boss was the first one to step in my way. I tried looking over his shoulder where the body lied but he quickly caught my attention.

‘Where were you, damn it?’ he shouted at me. ‘Son, you live two blocks away from here! When I call you, I expect you to show up immediately!’

‘Sorry boss, I had some trouble getting up.’

He looked at me frowning. I didn’t like that look. I always felt like he suspected something, though in all these years he never said anything and he wasn’t the kind to keep things to himself.

‘Perry!’ I heard my name and escaped my boss’s gaze. Michael, one of my colleagues was busy taking the pictures. I quickly approached him eager to see the body. But when I saw it…I froze.

‘You’d think people would avoid the streets at that hour,’ said Michael ignoring my shock. He continued talking but I couldn’t hear him anymore. All I could see now was the body. 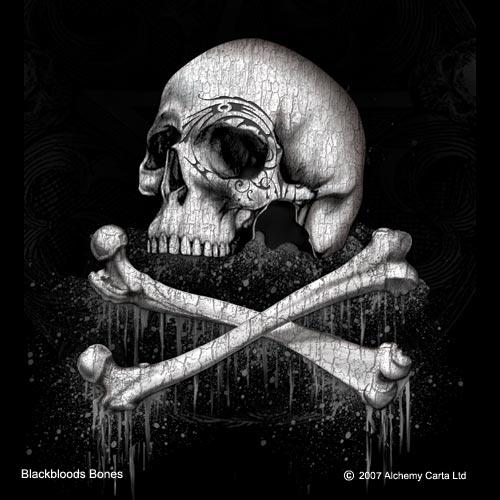 The body. It was a man. It used to be a man. His body was butchered, the arms barely attached to the upper body, the fingers chewed off, bone clearly showing everywhere, stomach torn, legs a few metres away chewed on with clothes and all, the face unrecognizable as if something had just taken a big bite out of it turning it into one bloody mess. I felt like throwing up. All I could think of was I did this, I killed this man, Oh God, I…

‘It’s not like you don’t know what would happen if you…Perry? Perry, are you all right?’ I realised Michael had stopped taking pictures and was staring at me.

‘You look kinda pale. I don’t think I’ve ever seen you that pale before..though I must admit it’s pretty gruesome!’ he said though he seemed enthusiastic about it.

I couldn’t even speak.

‘So what do you think?’ asked Michael looking at the body.

‘Well we all know who did it. But what are the chances of catching him, right? I meant to say, what do you think happened here?’

A terrible headache as I suddenly had a flashback of a screaming man staring at me, his eyes filled with terror, he was crawling on the ground his legs bleeding and he was begging me to spare his life. 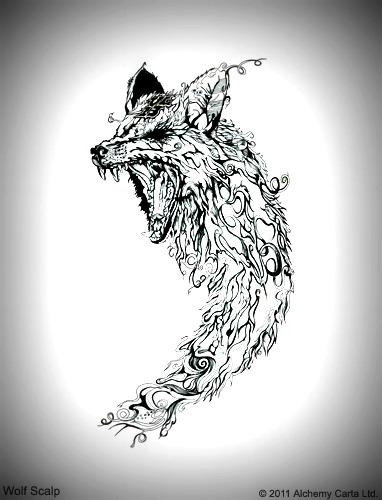 This is gruesome Perry.’ My boss suddenly stood at my side and I snapped back to reality. ‘I haven’t seen this in years, though I knew at one point it’ll happen again.’

‘Do we know who the victim is?’ I almost chocked in my own words.

‘An employee at the City Hall.’ He sighed and looked around him. ‘Take a look around boy, they can’t wait to rip us apart. Figuratively speaking.’ he said, looking uncomfortably at the corpse.

I looked around, media, reporters, everyone waiting for us to make a statement. I couldn’t bear the thought of standing next to my boss while he’d tell the whole city what had happened. I was sweating all over, heaving, I couldn’t breathe anymore. I felt the urge of escaping the crime scene.

‘Got all the info you need already?’ asked my boss surprised.

‘Yeah…yeah..I…’ I thought I was going to throw up right there and then.

I got out of there as fast as I could, found a café nearby and emptied my stomach in the first toilet I laid my eyes on. I then leaned against the cold wall still feeling sick and terrified; I started crying.

I lived in Linx. A city with a violent and dubious past and with one of the strangest laws. It was forbidden to walk in the streets after dark. A strange law though this law was created due to me, my father, my grandfather, my great great…we were all born with it. A whole law put into practice because of me. Because of who I am. Now someone for some bizarre reason decided to break the law and paid with his life. Above all, I was a detective and I was going to find out what made that man break the law, why I killed him and what really happened last night even if this was going to lead to my very own execution.

There is a beast raging deep inside all of us, waiting for the perfect moment to burst free. Feel close to your inner beast as it battles with your better nature with the Wolverine Moon [P229], the Wulven Belt Buckle [B74] and its translucent blue enamelling or the Femur Bone Faux Stretcher [E322]. As a werewolf, you are always close to death. The Reaper’s Arms [P296] can be a constant reminder of who you could be if you should loose your struggle. 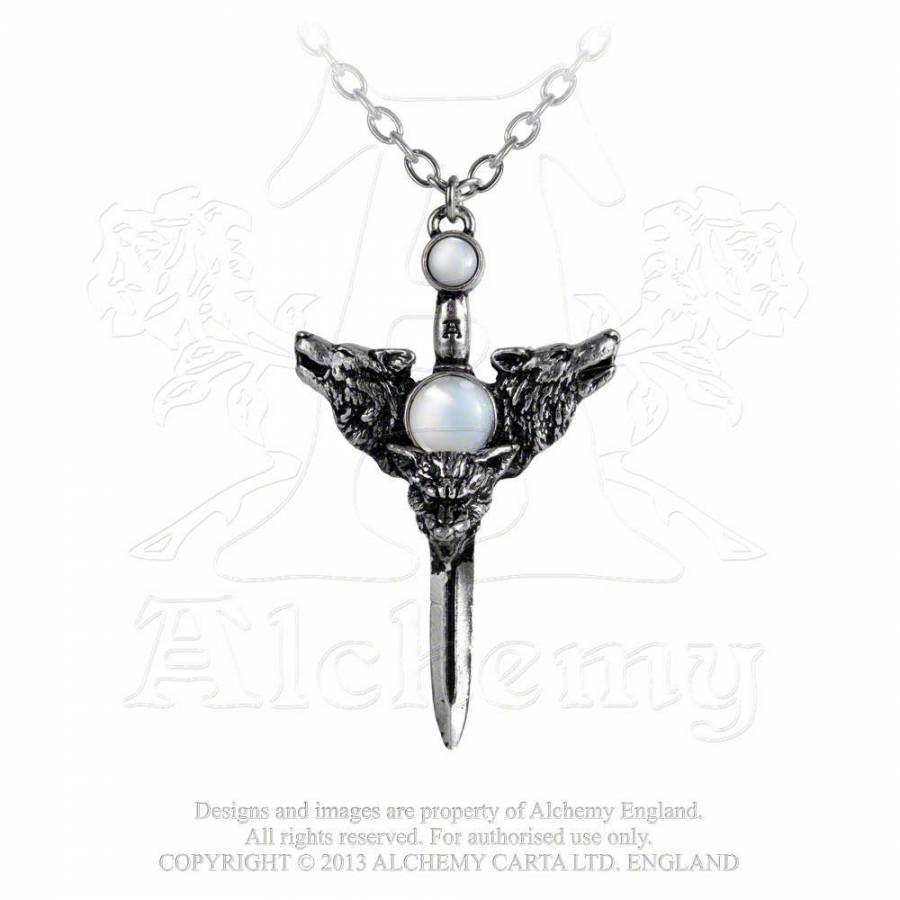 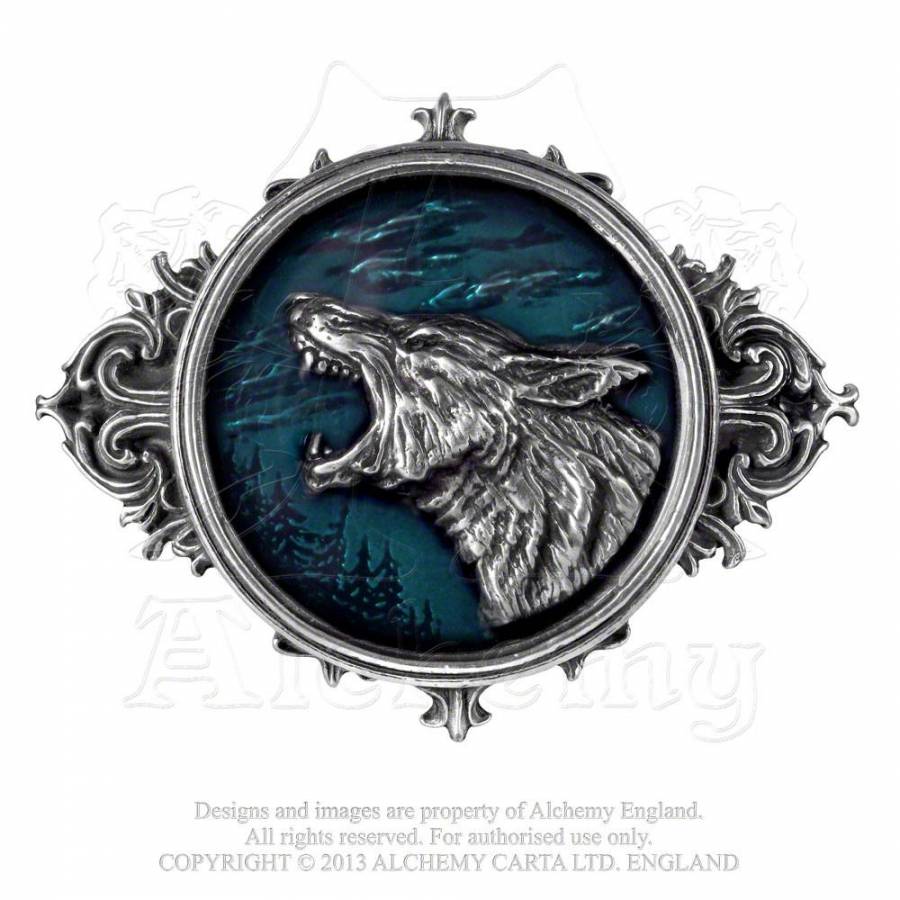 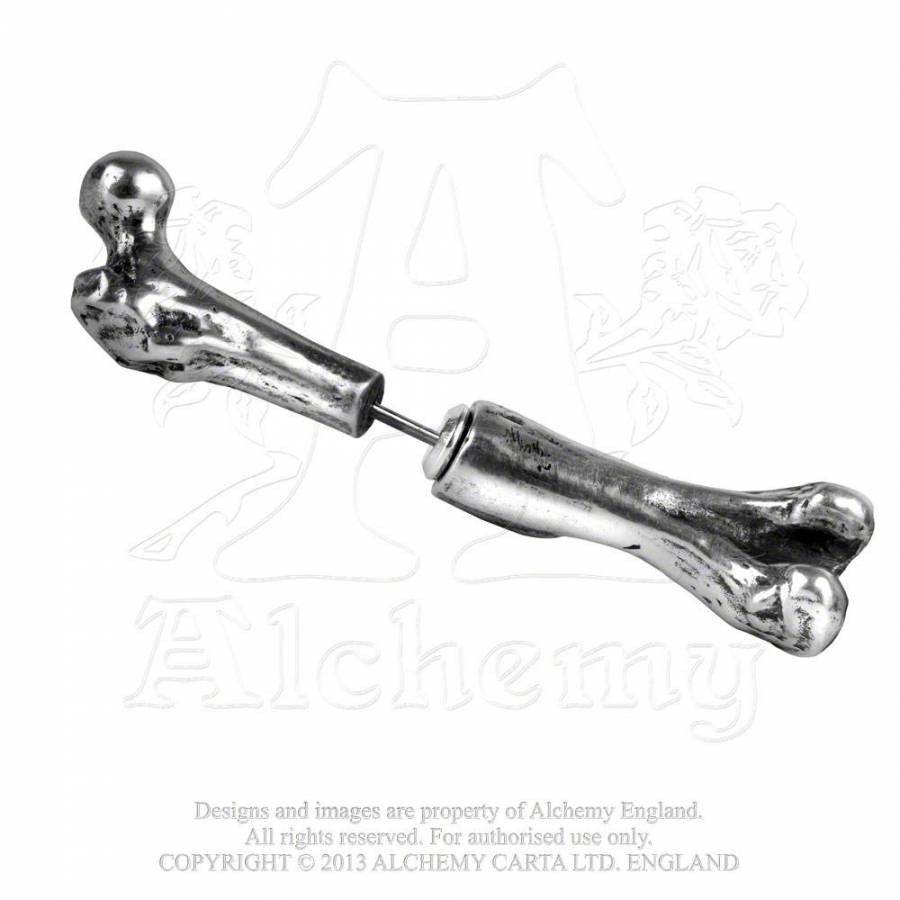 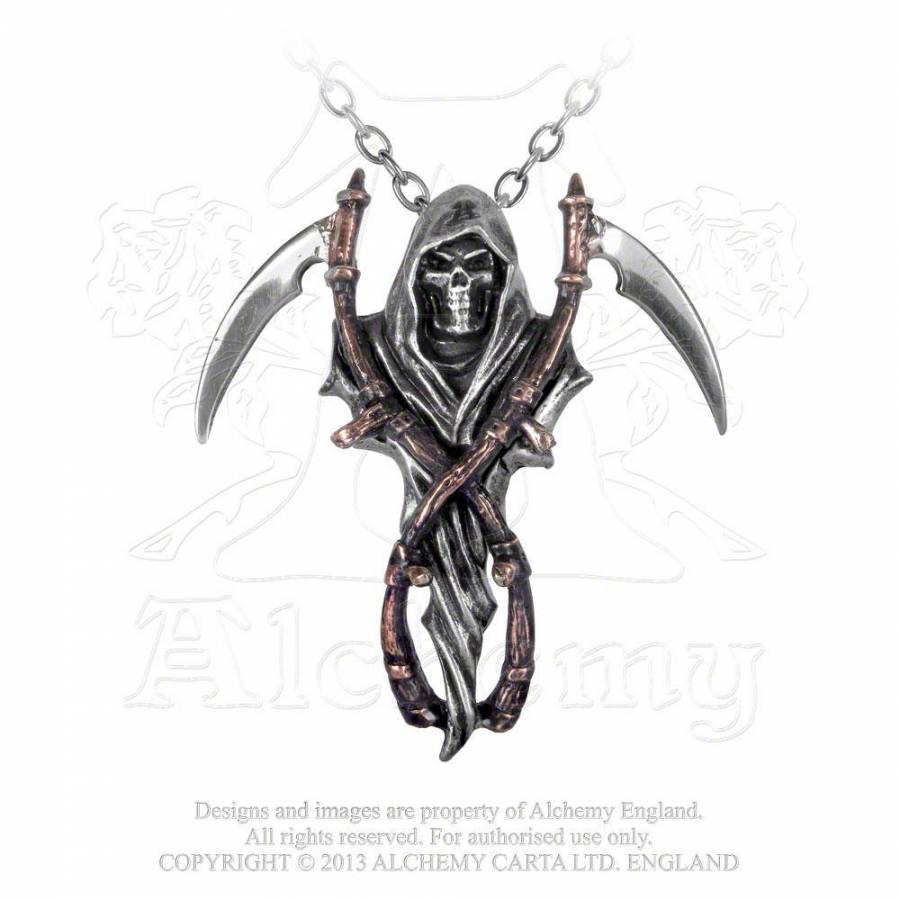