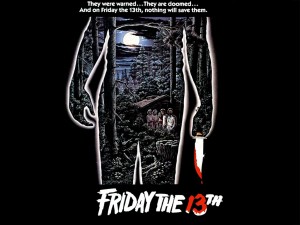 With the number of skulls, bats and fangs we incorporate into our designs, it should come as no surprise that a number of us are keen horror fiends here at Alchemy. Veteran fans of the brand with good memories might even remember that we had a dedicated horror range many years back. It featured such ghoulish and gory items as a Freddy ‘Nightmare on Elm Street’ Krueger belt buckle, a chainsaw pendant, and a hockey-masked killer badge. The latter was partially a tribute to Jason Voorhees, the iconic, unstoppable killer from the similarly unstoppable Friday the 13th franchise of stalk-and-slash horror films.

The first Friday the 13th film was made way back in 1980 by writer-director Sean S. Cunningham, though Jason didn’t become established as the silent, machete-wielding maniac horror fans know and love till later in the series. Since then, Jason’s left his Camp Crystal Lake home to take Manhattan, and even go into space, in no less than nine sequels, faced off against rival boogeyman Freddy Krueger in 2003’s ‘Freddy vs Jason’, and was the subject of a reboot of the whole franchise four years back. Now Cunningham intends to bring his most famous creation back to life one more time. “There will be another ‘Friday the 13th’, which will probably get shot in the spring,” he revealed in an interview coinciding with the recent release of a definitive 10-disc ‘Friday the 13th’ collector’s edition. 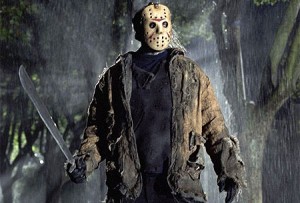 “If it all goes as I would like, [the new film] would then be released at the beginning of 2015,” he added. Cunningham also has plans to introduce Jason on the small screen: “I think there will also be ‘Friday the 13th: Crystal Lake Chronicles’, which is sort of a ‘Smallville’. We’ve been on-again off-again with that for years and there are a bunch of great stories to be told, but I think the way that it’s finally going to get delivered is not through a conventional television network, but through the Internet. I can’t tell you who the delivery people will be, but it won’t be the traditional route. There’s also the possibility of webisodes, and I think we even have an idea for a terrific Friday the 13th video game.”