Anyone whose ever had the misfortune to suffer a rodent infestation in their homes can tell you how loud such unwelcome guests can be, especially considering they have such little feet. Yet imagine if the mice or rats in question decided to tool up and don medieval armour in order to mount their assault… And if the cats, by way of an animal arms race, responded by doing the same… These are the sorts of curious fancies that the remarkable work of Jeff de Boer inspires. For Jeff is a Canadian artist whose attracted international acclaim with his unique, fully functional, life-sized suits of armour for cats, mice and rats.

Of course, this isn’t the extent of Jeff’s artistic talents – he’s also crafted a wide range of critically approved work in a wide variety of themes – but his exquisite, tiny suits of armour remain Jeff’s signature creations. The project began in the 1980s when he was enrolled at Alberta’s Art College, while he was also studying the ancient arts 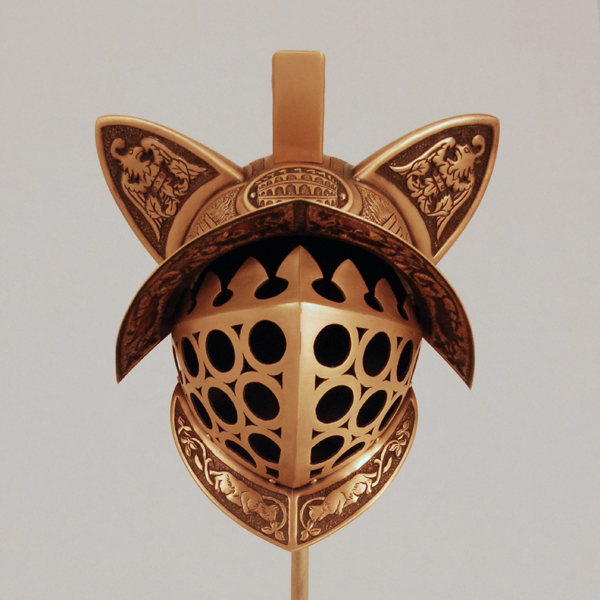 of the armourer. He initially applied the skills he mastered to the more traditional end of fashioning armour for human beings. Then, upon a whim, he created a suit of armour suitable for a cat. It struck Jeff both that he could improve upon his craftsmanship, and that it seemed unfair to arm a cat without providing a similar service for the feline’s natural foe. Almost three decades on, the Calgary artist is now responsible for a wide range of exquisitely crafted, intricate armour for cats, rats and mice, inspired by authentic samurai, Persian, crusader and gladiator designs. 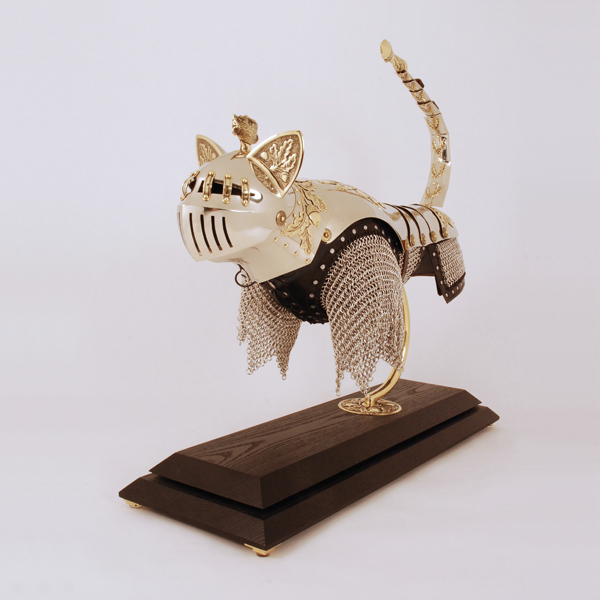 Jeff’s art amuses with its playfulness just as it provokes the imagination, but is it practical? Can it be worn? “I have not put a mouse into a suit of armour,” says the artist. “I have, however, tried it with one of my cats, and have the scars to prove it. Yes, it can be done, but that’s not the point. I think the fact that this question keeps being asked has more to do with a wish to fulfil the image in

some way. The image of armour for a mouse stirs our imagination in a deep way. We look at it and try to imagine what would happen if we did try to fit it on a mouse. I think it is this reaction of the imagination that make the work Art and not just some clever craft.”

For more on Jeff’s cat, rat and mouse armour, as well as his numerous other impressive artistic endeavours, check out his website http://jeffdeboer.com/ Here at Alchemy, we share Jeff’s passion for traditional metal-crafting as well as his interest in combining such skills with organic forms, like those of our furry friends. While we’ve yet to attempt to arm the local rodent population, we’re still rather pleased with our new design ‘Plaguemaster’ Pendant [P652] … ‘An Insidious bringer of death and pestilence to humankind over centuries of suffering and desolation’. Alchemy include many Rat Designed pieces! 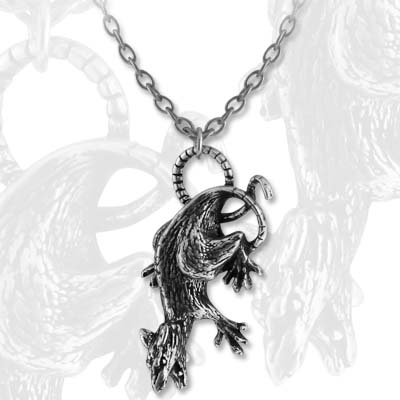 To buy yours visit our Approved Alchemy Dealer Page, to find a web shop near you:www.alchemyengland.com/buy