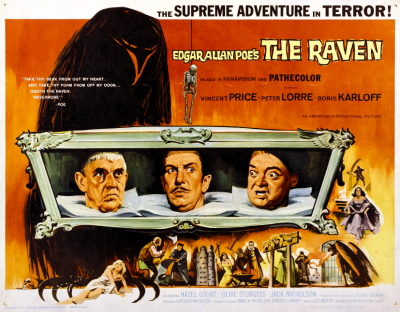 It’s no secret that we’re big fans of Edgar Allan Poe – the 19th Century author whose Romantic visions of melancholy and madness helped define Gothic – here at Alchemy. So it was exciting to hear the news that the B-movie legend Roger Corman, who made his name adapting Poe, is planning to revisit the author’s work. Corman’s been in the film business for sixty years now, during which time he’s directed more than fifty features and produced well over 300 more. While he’s best known for shooting his films faster and cheaper than the competition, Corman’s also noted for fostering young talent. Directors such as James Cameron and Francis Ford Coppola and stars like Jack Nicholson and Robert de Niro were given breaks and learnt their respective crafts on Corman productions.

After a number of tacky 50s drive-in flicks – like Swamp Women and Attack of the Crab Monsters – it was Corman’s Poe adaptations of 1960-64 that established the man himself as more than a Hollywood hack, but a director gifted with vision as well as speed (though with eight Poe movies in just four years, he was hardly slacking!). The films also established Vincent Price, already respected as a charismatic character actor, as cinema’s suave master of menace. Made in the wake of the popularity and profitability of the pioneering period horror films from the UK’s Hammer studios, Corman’s Poe pictures focused on creating an atmosphere of creeping insanity and decadent perversity in a historic setting, thrilling and unsettling audiences and critics alike, and establishing them as classics of the genre. 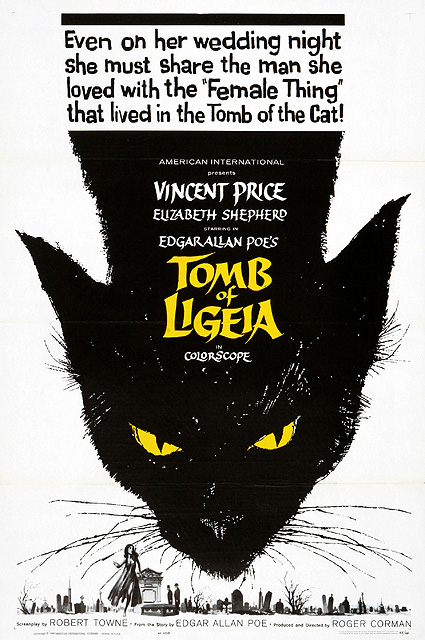 Hollywood history is perhaps repeating itself, as Corman has returned to Poe just after Hammer has risen from the grave with the huge success of their adaptation of the Victorian ghost story, The Woman in Black, last year. This time, Corman will produce rather than direct, with a production schedule that mirrors the order of his original Poe adaptations of five decades ago. So, House of Usher will be followed by The Pit and the Pendulum, then Premature Burial, Tales of Terror, The Raven, The Haunted Palace, The Masque of the Red Death and, finally, The Tomb of Ligeia. (Though, as horror pedants are fond of observing, The Haunted Palace was actually adapted from a story by horror author H.P. Lovecraft.)

“Now being able to do them in 3D and with a lot of computer graphics, we can do things we never dreamed of doing before,” Corman told The Hollywood Reporter recently. While he plans on bringing the technical aspects of his productions up-to-date, Corman has no intention of tailoring the films to recent trends towards brutality and torture in the horror genre. “Poe always worked with the unconscious mind, and there’s a lot of fantasy,” explained Corman, who employed some of Freud’s psychological theories to give the original adaptations uncanny resonance. The only thing that remains is for

the filmmaker to find another actor capable of replicating the “sensitivity and neuroticism” that the incomparable Vincent Price brought to the original productions.

While we’re as suspicious as most film fans of the flood of remakes, re-imaginings and straight rip-offs emerging from Hollywood these days, we can’t help feeling a little excited over this. We won’t be able to judge whether Corman can recapture the Gothic magic of his originals till House of Usher comes out in a year or so. In the mean time, perhaps you’d care to join us in continuing to obsess over Poe himself. To assist your moonlit meditations, we can offer a range of designs dedicated to America’s master of the melancholy and macabre, featuring such items as the Nevermore fob watch (in tribute to Poe’s poem ‘The Raven’) and the Vulture’s Eye belt buckle (inspired by his haunting story ‘The Tell-Tale Heart’) www.alchemyengland.com/buy