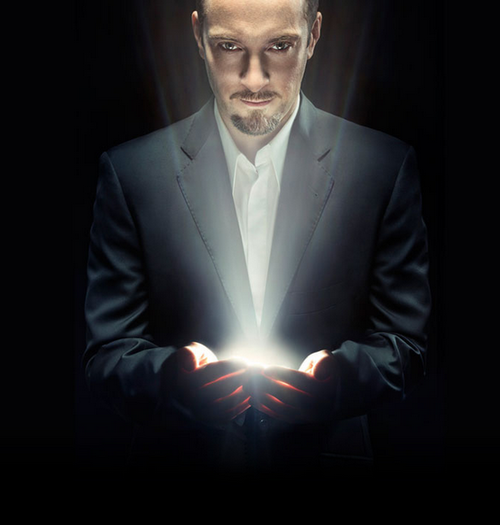 Perhaps all good magicians should be controversial. The English illusionist and sceptic Derren Brown, certainly is, specialising in boggling minds with clever psychological tricks that have a habit of telling us more about how our brains are wired than is strictly comfortable. His recent two part TV special, ‘Fear and Faith’, is a good example. In the first part, Derren claimed to have developed a miracle pill that could control fear, giving it to a selection of subjects, who all agreed that it worked. It was, of course a placebo – a sugar pill with no medical effects – and any results his subjects experienced was all purely in their minds. 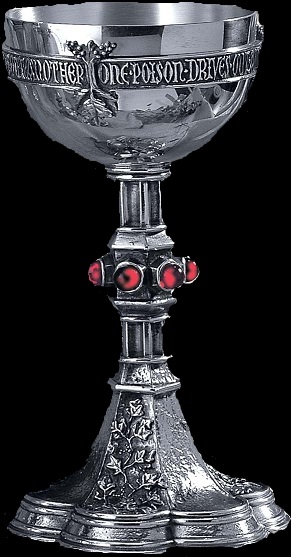 It was the second part of the special – ‘Faith’ – which particularly caught our attention here at Alchemy. The show opened with Derren getting a member of the studio audience to conduct a Satanic ritual, cursing a loved one in return in return for the Devil’s favour. The sceptical magician’s point was that even though the vast majority of his audience said they didn’t believe in the occult, almost nobody was willing to undertake the magic ritual. In other words, we often believe in the supernatural despite ourselves. We couldn’t help but notice, however, that the chalice Derren used for his unholy rite was a past Alchemy design, our ornate Poison Chalice… 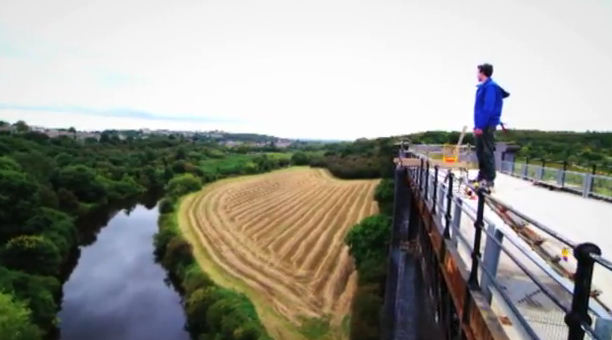 [Pictured Above] Participant of the show facing his fear of heights, which he believe’s is the power of the ‘Placebo’.

A quick call to our resident occult expert Gavin Baddeley confirmed our suspicions – that the Satanic ritual wasn’t even faintly authentic – but some of us at Alchemy still felt a little uncomfortable with having one of our designs associated with the black arts. Perhaps this also goes to further prove Derren’s point. Even though we knew the entire experiment was a deliberate fake, a few of us were still slightly spooked. On the positive side, seeing Alchemy on the screen yet again reminded us how often our designs appear on television, film and other media for a whole catalogue of different reasons.
This is where you come in…


We’ve often thought about trying to compile a comprehensive archive of the instances Alchemy has featured on TV or celluloid. But frankly, we’re always too busy conceiving and creating our ever-expanding range to do a decent job of it. So we’d like you, Alchemy devotees, to help us out by sending in every example you come across. There will, of course, be rewards for those of you who uncover new examples. We’ll announce full details in the next few days here on the website, so hold your horses until then.

In the mean time, why not start racking your brains and talking with fellow fans. Also, anyone with access to Channel 4’s 4od service (primarily UK viewers) can watch Derren Brown’s ‘Faith and Fear’ special online, which should remain available until mid-December.