The Victorian era is known for many advancements in society, and none so important as the understanding of medicine with the groundbreaking development of anesthesia and the establishment of antiseptic surgery. However, by today’s standards the practices are considered truly peculiar and on the verge of butchery in some cases! But the remedies used for the common ailments were undoubtedly fascinating.

The cures for what ails you also could get you insanely high, cause serious addiction, make you worse, or even kill you! And why? Because for simple maladies from sore throats to headaches the treatments were often hard drugs and unconventional implements. 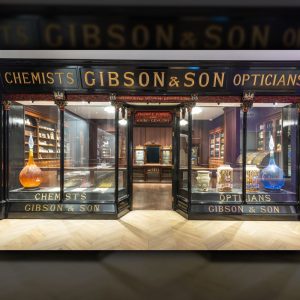 Pharmacies were becoming a crucial part of one’s health – a visit to the pharmacy was like a tailored appointment and you would be prescribed things specifically for you. Although this seems like an excellent concept the main problem was that during that time anyone could set up a pharmacy! So potentially novices with no medical training could be offering advice for very serious conditions – often suggesting strange concoctions of dangerous doses and odd medical exercises. 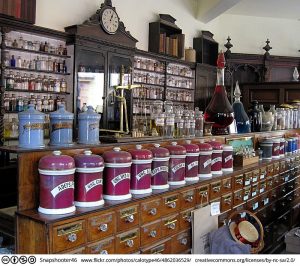 And this unprofessional advice was also paired with the very strong drugs that were simply sold over these counters. Laudanum was a very common drug used for pretty much everything – named the “aspirin of the 19th Century” it was a solution of 10% opium powder dissolved in alcohol. This morphine concentrate was even used for colicky infants! Safe to say you were more likely to develop an addiction or have an overdose than be cured of anything. And yet people, especially the poor, would have likely taken the risk as these pharmacies would have been free as opposed to seeing a real doctor. 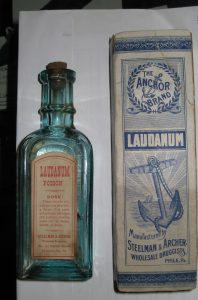 Poisons in the body

In the early part of the Victorian era it was still believed that imbalances in the body’s fluids caused you to become ill (blood, phlegm, yellow bile, and black bile), so the so-called “Four Humours” needed to be kept in harmony to prevent or cure illness.
Leeches were one of the unusual methods to help people rid their bodies of toxins by literally sucking the bad blood from you. It was even commonly believed that if there was too much blood in the body you would become ill! Bloodletting was so popular in fact that even specialist equipment was used to draw blood; either a physician would make incisions in the veins or use a fleam knife. 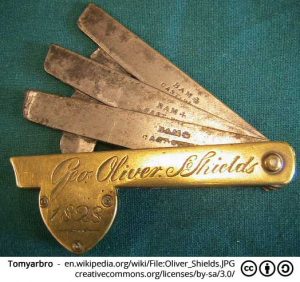 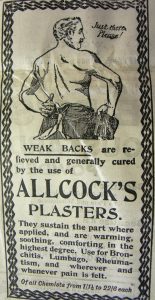 The use of plasters was also widely used but not like the ones we use today. These were often huge (depending on where they needed to be placed) and made from thin leather with a combination of wax, lead, opium, frankincense, etc. The idea of these plasters wasn’t to cover a wound but to ease pain by combating the excessive humors in the body – so if you suffered from a headache then the plaster would be stuck to your forehead, or back pain then likewise it would be applied to your back.

When we think of metals we don’t really think of medicines – at least not to the extent that the Victorians dangerously consumed them! Metal compounds were very commonly used in the Victorian era to help with illness: Lithium (to treat psychosis), Mercury (used to combat Syphilis), and even Arsenic (in asthmatic medication).

One particular drug that contained antimony was used to cleanse the body “The Everlasting Pill.” It got its name for a rather grotesque reason; it was ingested by a patient and would cause vomiting and diarrhoea which supposedly was the body getting rid of excess fluid or poisons, then after it passed through, the pill was fished out of the waste, washed and resold! Entire families would keep this pill and pass it down the generations. Nice.

If you want to consume your medicines, enjoy your poison, or even check yourself for the marks of death, then view the wondrous Alchemy pieces from my hand-picked suggestions! See below: 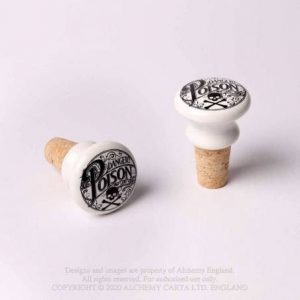 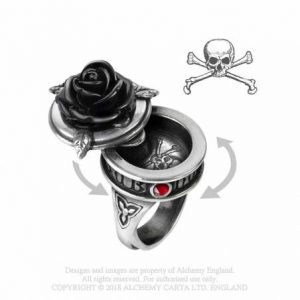 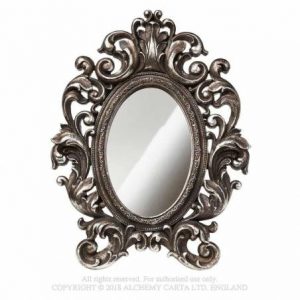 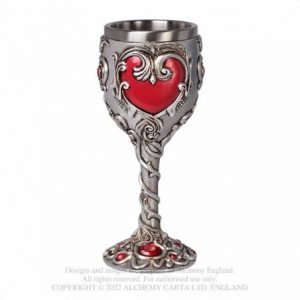