The Middle Ages conjures images of impoverished peasants, filthy prison cells, and torture chambers reserved for even the most minor crimes. And those contraptions designed to extract confessions and punish sinners were created with utmost barbarity – many devices were constructed in such a way that death didn’t come for hours even days. Such are the methods of an experienced torturer – to maim but not murder until what they needed was obtained!

The Brazen Bull was a truly horrendous invention that literally cooked the victim alive! This device was a hollowed bronze structure and designed to resemble a huge bull with a door on the side where the prisoner was forced in. The contraption was then heated from the outside with fires until the metal became unbearably hot causing the victim to scream out in pain – the sounds were muffled due to the construction which added to the facade that the noises were made by a real bull. This passed as entertainment in medieval times! 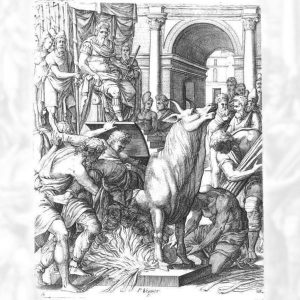 Another large device was the Dunking stool; used on women only and typically reserved for those accused of witchcraft and prostitution, but also used to punish a “scold,” a term used for a bad-tempered or even a gossipy woman! The victim would be put on display bound to a large metal or wooden chair which was attached to a long moveable beam then, as the name suggests, the chair would be dunked into a river or pond repeatedly. The duration of the submersion was decided by the torturer and the severity of the crime so, like most torture methods designed to get women to confess to witchcraft or blasphemy, death would likely come sooner than admittance of guilt. 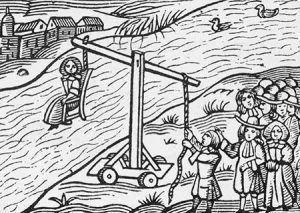 Thumbscrews were smaller devices but were particularly unpleasant and while they wouldn’t kill they were used to cause extreme pain. Therefore, they were exceedingly effective at getting people to confess to crimes or extract information – whether or not those confessions were actually true! This tool used pressure with a wooden bar attached to three metal prongs and, using the turn of a screw, the wood would slide down the metal and slowly crush the thumbs at the bottom. Pretty nasty stuff.

The Scolds Bridle also used pressure to torture a victim: the piece was basically an iron mask and a bridle-type tongue trap used to silence a person. This too was mostly used on women but it has also been known to be used for anyone (man or woman) who spoke blasphemy. It was a degrading form of torture designed to humiliate and cause utmost discomfort due to the restrictive design and the heavyweight of the metal. Sometimes the mouth bit would even have a spike on it that would pierce the tongue if the victim tried to speak, so this device ensured obedience. 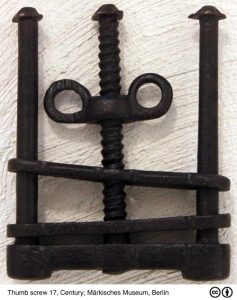 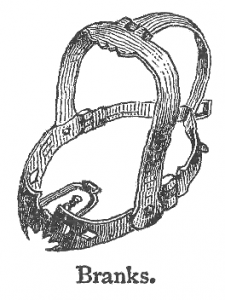 So if you managed to avoid or at the very least survive torture then, depending on the severity of the crime, you were likely to be executed! And the Middle-ages justice system didn’t do this kindly, it was not what one would call a mercy killing to end your suffering.
The most honourable way of execution was beheading – seemingly a quick death but if done incorrectly, with an inexperienced executioner or just bad luck, the process could take ages as you were hacked to pieces.
Crushing was also a brutal way of execution in which a contraption was used to crush the victim’s head. Other such methods were impaling, boiling and even crucifixion!

Hung, drawn and quartered was the worst and only used for those guilty of treason. Not only were victims dragged by a horse to the gallows they were then hung by the neck (possibly breaking it in the process) until unconscious and if they didn’t die then they were cut down and subjected to being carved up by disembowelment. 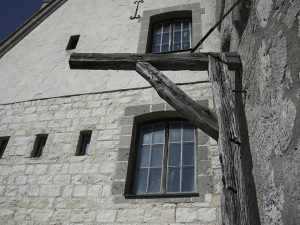 Evidently, the medieval era has a long and disturbing history of degradation, pain and bizarre “crimes” but it is undoubtedly fascinating!

If you want to show your appreciation for the gruesome side of history and love for the sinister then see the intricate pieces below displaying both anguish and beauty: 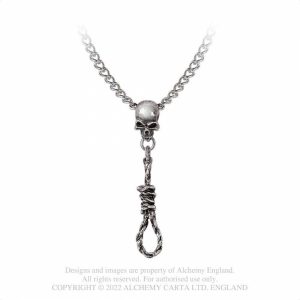 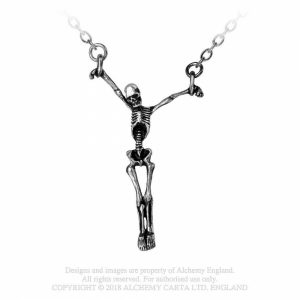 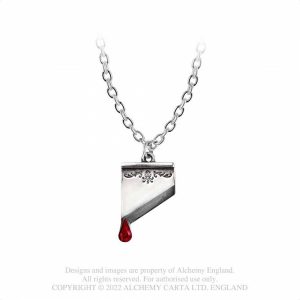