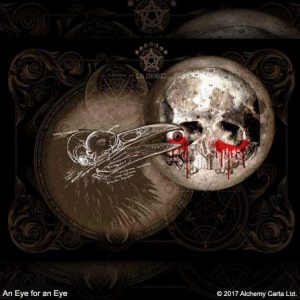 Imagine how easily crimes could be solved if you could smell, sense and track the murdered within a matter of minutes.

So many crimes are happening nowadays. Let’s face it, 19th century London has become rather a crime attraction. I blame that Ripper murderer. I think he might have set a new trend and inspired many twisted freaks. Everyone wants to create a shocking murder now. And for what? For attention, publicity and to test the police force intelligence.

So yes, if you could sense the murdered just by looking at him or merely analysing its victims, the streets would be much safer.

I could…but I don’t care much for that. I truly don’t care what humans do among themselves. They can just kill each other if they want. Then there will be less of them on the streets.

I didn’t appreciate their visit this morning. Four men from the police force were standing in my living room. They had disturbed me from training my pupil. Luckily the training did not take place in the living room but in the cellar. Imagine how the police would have reacted if they saw a child in a cage? How could I explain that the cage was for their safety, not for his and that he liked being in that cage whenever he was training because he felt comfortable in it?

Four policemen in my living room. I could smell everything. I knew what they ate and drank this morning, with whom they interacted, professionally or intimately, what their injuries were, what the relationship between them was. I sensed their nervousness, fears, irritations, frustrations…

‘We were told you are an expert in weaponry,’ said one of them, clearly their leader. ‘We have a weapon here.’

Another policeman, who seemed quite nervous this morning unveiled a knife and showed it to me.

‘Are you familiar with this weapon?’ continued the leader.

I smelled the blood, the victims…so many victims…I traced the pain inflicted by that knife on all those bodies. I smelled the criminal. I could already track him. I could do so many things.

‘Yes, it’s an Italian Main Gauche, from around 1650’s, most probably from Naples,’ I said without touching it.

‘How can someone in London own such a weapon?’

I smelled all the people that touched the cursed dagger. I smelled the hands of the blacksmith who created the dagger, the merchant who bought it, the woman who killed her husband with it, the child who sold it to an historian, the historian who gave it to his grandson, the grandson selling it to a business man who brought it to England and…finally the criminal who found it in a burned down house.

‘These weapons are very rare. Someone must have brought it to England and it finally ended up here, in London. Why don’t you ask the owner of the weapon?’ I asked pretending to be as innocent as a puppy.

The leader hesitated. He was angry. He did not show it but I felt the rage within him. It wasn’t just because of this case but there was also something regarding his private life.

‘We are still looking for the owner,’ he finally said.

‘Did the owner do something bad with this weapon?’ I asked.

‘Yes,’ answered another man. He seemed to be the leader’s best and most loyal friend. ‘He is doing most horrible things, madam.’

The man was perfectly right. The things that this criminal had done with that dagger were beyond my imaginations and I had had my share of gruesome tortures and deaths.

‘I hope you catch him!’ I said to the leader.

He nodded. ‘Thank you, madam.’

All four of them bade me farewell and left.

I went back to the cellar.

‘Why don’t you help them, auntie?’ said the boy grasping the cage bars with his dirty little fingers.

‘What did I tell you about controlling your hearing? You must concentrate and stop listening to everything around you!’

‘I know but I transformed and I couldn’t help it.’

‘How did the transformation go this time?’

‘I was able to control my wolf side better but I think, for a few moments, I lost it.’

‘That’s all right, sweetheart. You will get there.’

‘Are you not tired?’

‘No, not at all!’ he said smiling. The boy had a lot of potential. He was going to become the perfect werewolf. I was very proud of him.

‘Go ahead, sweetheart. I will assist you in your wolf form.’

‘But, auntie,’ he said with a sad face. ‘The bad man, I smelled him on the dagger, he killed children, children even younger than I am.’

‘I know, but we must not intervene.’

‘But the policeman was a good man. He needs our help!’ 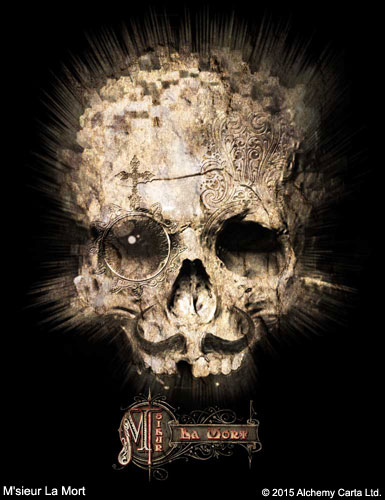 It was always a difficult matter even though I tried to think lightly of it. I had sworn many years ago that I would no longer interfere with the human affairs. They fight, they kill each other but when I intervene, somehow I become the monster. And then I have to run and hide until things settle.

I sighed. My pupil was passionate about everything. But, this…it seemed to affect him a bit more. I could sense it in his blood.

‘What do you suggest we do?’ I asked my ward.

‘Are you insane?’ I spat, understanding his intentions.

‘But, auntie, you said I need to start hunting.’

‘I could track him and you could…’

I sighed again. ‘If you weren’t this dear to me, I swear…’ How could I refuse such a puppy face? ‘All right, let’s go hunting!’