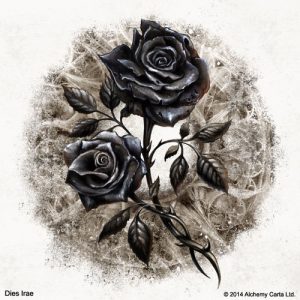 ‘Tell me again, how did you meet this girl?’

‘In the bar, just around the corner.’

I was sitting with my friend in a café during a short coffee break. We both worked in the same office building and met daily for a chat. He always had something new to share. This time he was excited about a new girl he had met. I had my doubts. But then again I have always been suspicious of people. He on the other hand could not stop talking about her.

‘I am telling you, she is different!’

‘You said that about the last one as well.’

‘Yes, but this one is the one. I feel it! You should see her, her eyes, her face. The way she stares at me as if I am the only one she sees. And we have this incredible chemistry…’

‘You still don’t have a picture of her to show me?’

‘No. I told you, she is not into social media.’

‘Not even one picture?’

‘No. Not everyone likes to put themselves out there, you know.’

‘I am telling you, this one is different,’ he chuckled. ‘She is classy, modest, well-mannered. She dresses in black and wears these extraordinary, bizarre jewellery sets. We talk for hours every day.’

‘And yet you don’t have a phone number, no address. It’s weird.’

‘A phone is not a standard. It’s normal.’

‘I don’t mind. I like her old fashioned style. I respect her and I truly see a future…’

‘And you’ve been dating for…2 weeks now?’ I said bluntly.

‘What about that thing you mentioned two days ago? The thing she did…’ I gestured to his neck.

‘Oh yes, it’s fine. I think she likes my perfume that’s why she likes to smell my neck all the time.’

‘Yes, she smells your neck.’ I remembered the first time he mentioned it and how strange I found it. And I can’t say I found it any less awkward now.

‘Tonight we’re in for a romantic walk.’

‘And why exactly can’t she see you on her weekends?’

‘I told you she has a lot of activities and prefers to see me in the evening.’

‘You just have to open your mind. How about this? The three of us tomorrow night, here?’

‘You have to give her a chance.’

He quickly stood up, his face filled with excitement. He lost his balance as if he were drunk. I caught his arm and was able to reach him in time and stop his fall.

I helped him sit on a chair, his face pale and sweaty.

‘Yeah, I just stood up too quickly.’

I looked as his arm.

‘What is this?’ I asked a bit startled.

He pulled his arm away.

‘Seriously, what is that?’ I was angry. I noticed two punctured marks on his arm and he pretended they weren’t there. ‘Are you doing drugs?’

‘Then what is that?’

‘Nothing!’ He stood up, rolled the sleeve down covering the marks and went to the bathroom. When he came back he told me he was in a hurry. He paid and left without looking me in the eyes. 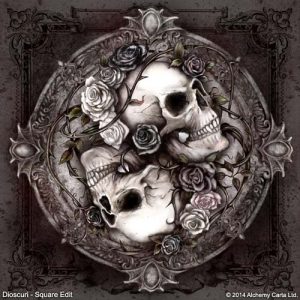 I don’t know what happened that day. I only know he didn’t show up for work the next day or the day after. I called him, stopped by his house, I called all his friends and family but no one knew where he was. The police was eventually involved and investigated the situation. All I knew was that he met a girl, a girl whose name I did not know, I did not know how she looked. I had no information about her whatsoever; a girl that could have just very well been invented. The police actually questioned her existence. After a while I questioned her existence as well, I questioned him, his stories…

Six months passed. One evening I was sitting in the café drinking a coffee and smoking a cigarette. I started smoking the day my friend disappeared.

Someone entered the café. It must have been a beggar. A dirty black cloak was covering the figure and the face.

The beggar approached me.

My eyes searched for the waitress but she was nowhere in sight. The beggar took a seat before me. A smell of sewers and rotten rats made me sick.

‘You were right,’ the stranger spoke.

It was a man’s voice yet it sounded hoarse and twisted. It gave me shivers.

‘You were right,’ the stranger repeated.

A hand rested on the table. It looked pale, it looked…decayed…

I pushed my back against the chair as if that could create some distance. I couldn’t feel my legs any more and knew I couldn’t just stand and run away.

‘You were right,’ the stranger repeated.

‘About what?’ I asked trying to calm myself.

‘The girl. You were right about the girl.’

I can’t explain the feeling that took over me when I heard those words. The voice, as horrid as it sounded, was familiar somehow… it was…No, it couldn’t be.

‘You were right about the girl.’ The voice grew tormented, the sound distorted as if the person before me had a crooked mouth.

He took down the cloak.

There are no words to describe what I saw. I froze. I couldn’t scream or move. I just…

I woke up surrounded by people. The ambulance came. It took them a while to calm me down. I was screaming and shouting. I was crying. I remember witnessing the scene as if it were not me. The stranger was nowhere in sight. 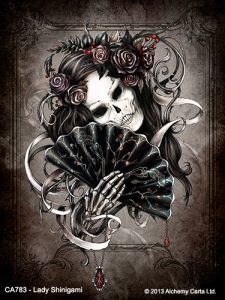 One month passed. I visited several doctors. I was taking medicines and was put under observation. I had just started working again, two hours a day. I couldn’t take more as I was tired and sick all the time.

On my way to work the police called. They had found my friend. He was dead. I needed to identify him because they couldn’t reach his family.

At the morgue. I stood there gazing at a corpse that was once my friend. His face was almost unrecognisable yet it was the very same face I saw a month ago in the café. His flesh was filled with marks. They said he was drained of blood and found in the sewers. They said he had been lying there dead for seven months. I wanted to tell them that was impossible because I had seen him a month ago. But who would believe that?

I know there is something out there. I believe darkness surrounds us. If before I had difficulty trusting people, now I avoid all people, all the time. I avoid café’s and all public places.

One night as I was walking home, I threw a glance at the café in which I used to sit so often with my friend. I spotted a woman sitting there. A beautiful dark haired woman, dressed in black with peculiar yet perfectly matching jewellery.

She looked at me and smiled… 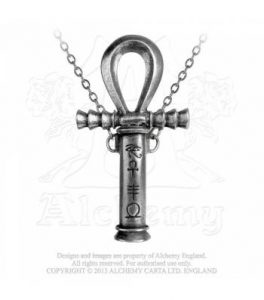 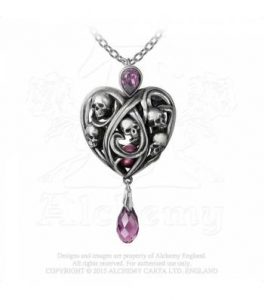 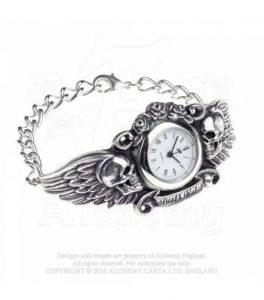