(a sequel to the Bloody teardrops article from last year) 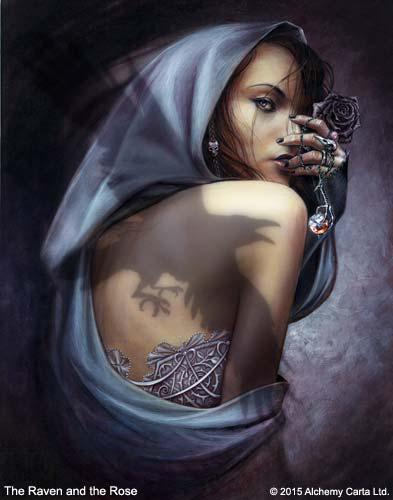 He was chasing me through the corridor. If I had a beating heart right now, it would have probably gone into a frenzy. Blood ran down my cheek from the deep stroke of his blade. He had caught me by surprise back there in the train cabin. I never saw it coming. I should have known better; I should have been less distracted by the beautiful colour of his eyes and paid more attention to their sharpness.

A woman blocked my way. I hissed at her and she ran off terrified. I didn’t even have to show her my fangs. I quickly looked behind to check if this incident had slowed me down. He wasn’t following me anymore. He was nowhere in site. Playing games, was he?

I stopped running and started walking slowly, listening to the surroundings. The woman I had scared off was now crying in the bathroom. I could hear her tears falling in the sink. In fact I could hear everything I wanted to, a child crying in another wagon, the scratching of a quill touching paper, a fork digging in a medium done steak, the heaving of a man…a very sensual heaving but I knew better than to be fooled by it. It was his heaving as he was standing…I stopped and looked above me. He was standing on the train. On the train? Was he human or something else? He wasn’t moving as if he knew I was just under him. He couldn’t be that good. I started running. I heard his heart pounding as he started running as well, almost at the same speed. 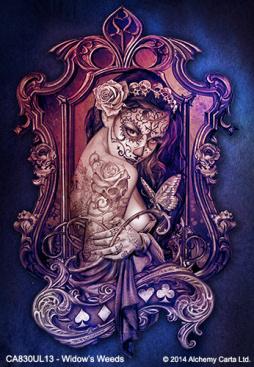 I quickly switched wagons before he could come down and strike me in the open air. I then realized I had entered the train restaurant. People stared at me, a few gasped. My bleeding cheek seemed to startle everyone.

A man stood up. ‘Are you all right madam?’

I saw an opportunity.

‘My husband is following me, he has gone mad. Please, you must stop him!’

The man looked at me astounded yet filled with that eagerness that all men have when they think they see a damsel in distress.

‘You must be careful, he is armed!’ I yelled almost amused of my lazy acting. The man drew a revolver. A few more men came to his aid. I didn’t even have to compel them.

I was surrounded by people when he entered. He held a sword in one hand and a flask of holy water in the other. His gaze was fixed on mine. I was grinning knowing I was safe.

‘We will not have you harm this lady!’ shouted the man that first came to my rescue.

‘As you wish,’ my hunter said too calm for my taste. He lowered his sword and put away the flask. He then sat at an empty table on his right.

The men looked at each other, then at me, then back at my hunter. Everyone was confused. So was I, though I did not want to show it.

An uncomfortable silence followed. No one knowing what to do.

‘What now?’ asked one of the men confused.

‘Now we wait,’ said my hunter.

‘For what?’ asked another man.

The hunter opened his mouth to say something but then his sensual lips turned into a smirk…I had a very bad feeling about this.

Keep yourself protected from the advances of deathly vampires adorned with Alchemy England jewellery. You can keep a supply of Holy Water in your pocket at all times with the Alchemy Potion Bottle [AAF53] with it’s red enamelled coffin and cross bones to give warning to any prowling creatures. The Balkan Revenant’s Cross[P482] can intensify your protection. It is inlayed with ancient protective amuletic sigils in two tone pewter on an antique chain. This with Dudley’s Jewel [P657], a beautiful sword pendant in two-tone pewter and a hilt decorated with a Swarovski crystal will show you really mean business. For day-to-day protection our Obsbourne’s Cross Pendant [P618] with the In Memoriam Ring [R145] and Impalare Cross [E280] all inlayed with black enamel will create a perfect set. 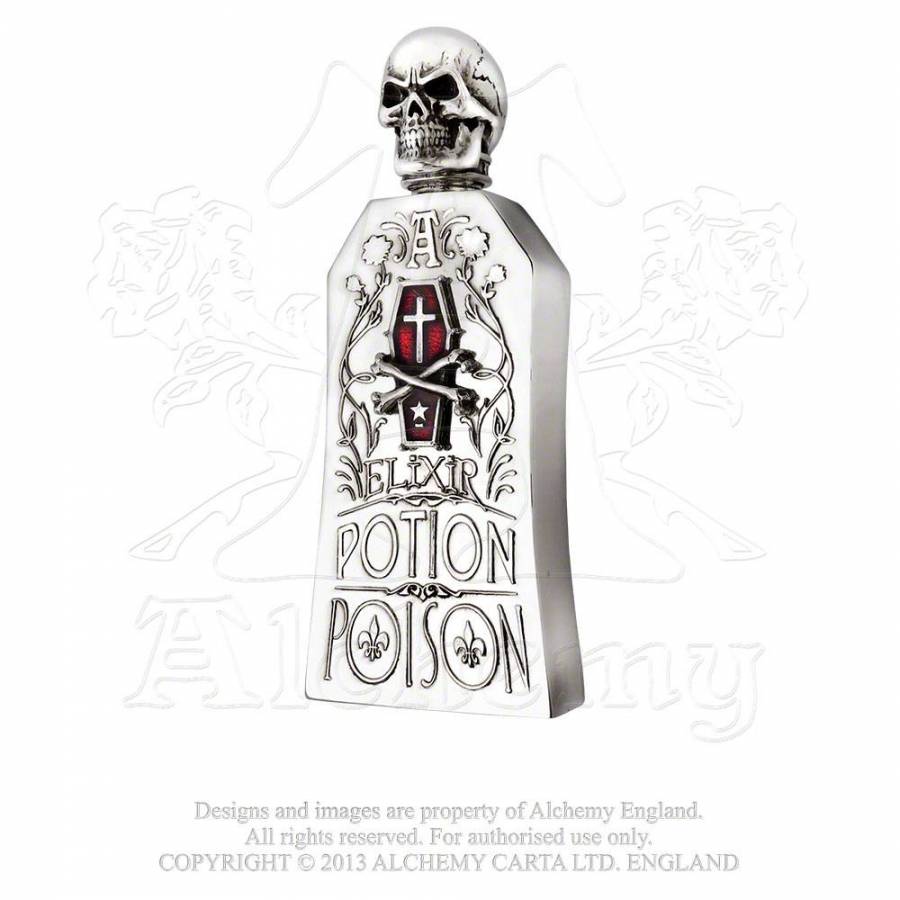 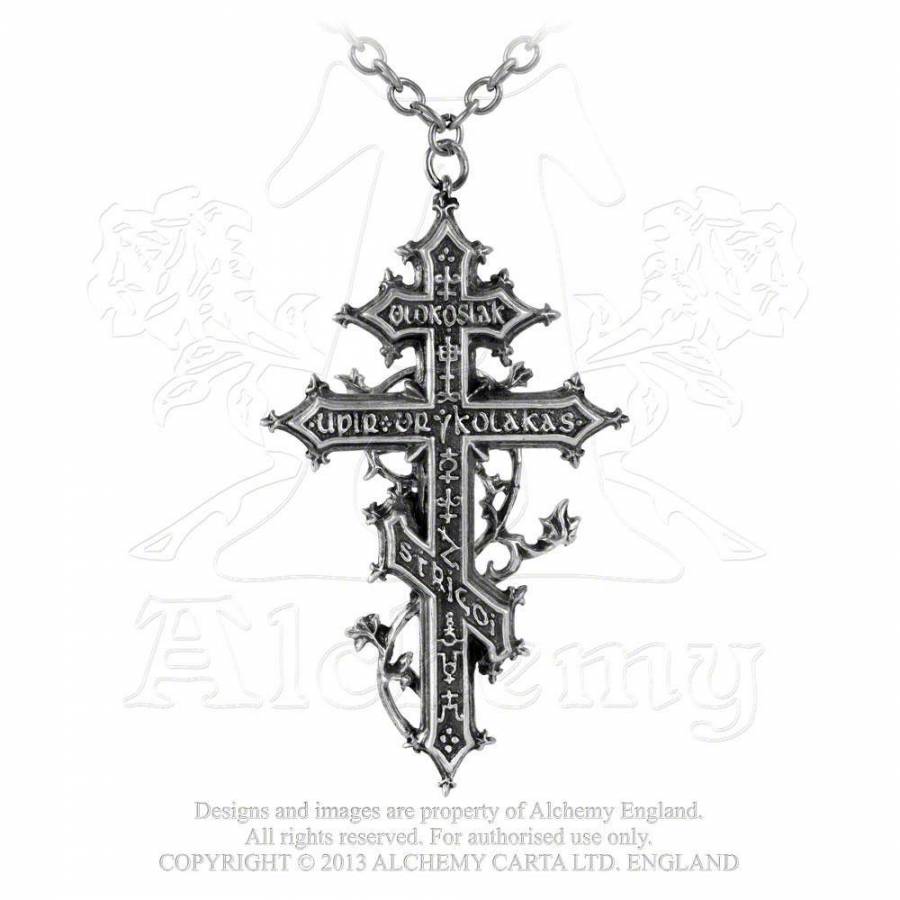 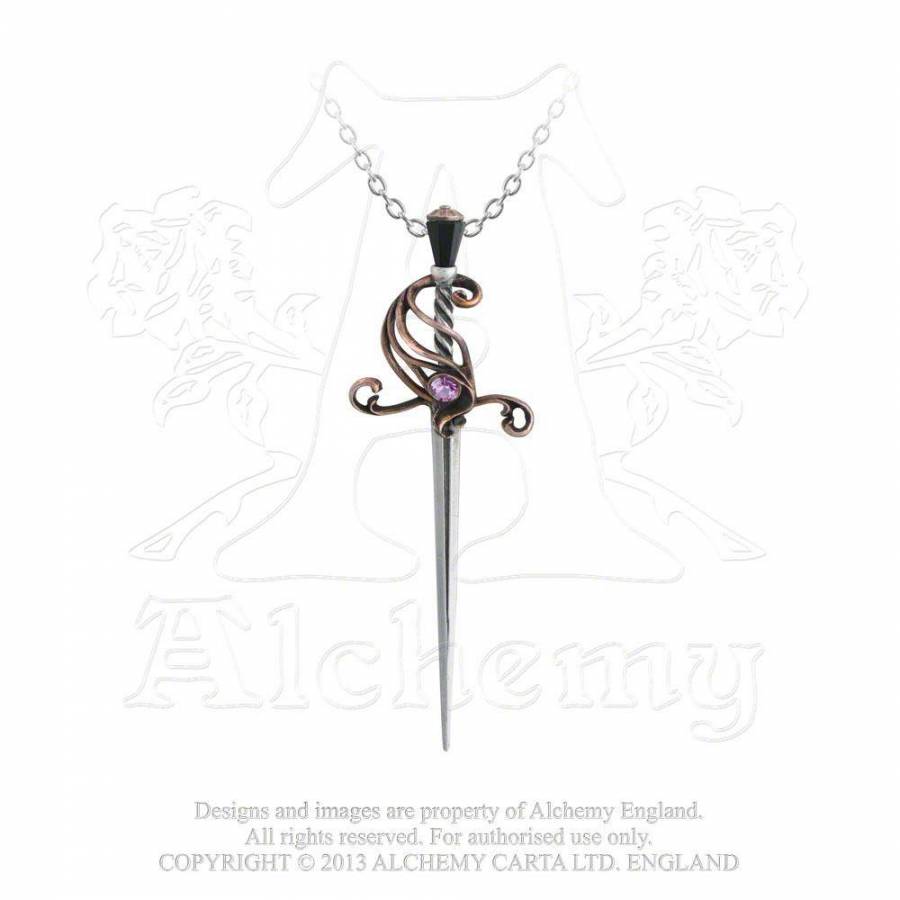 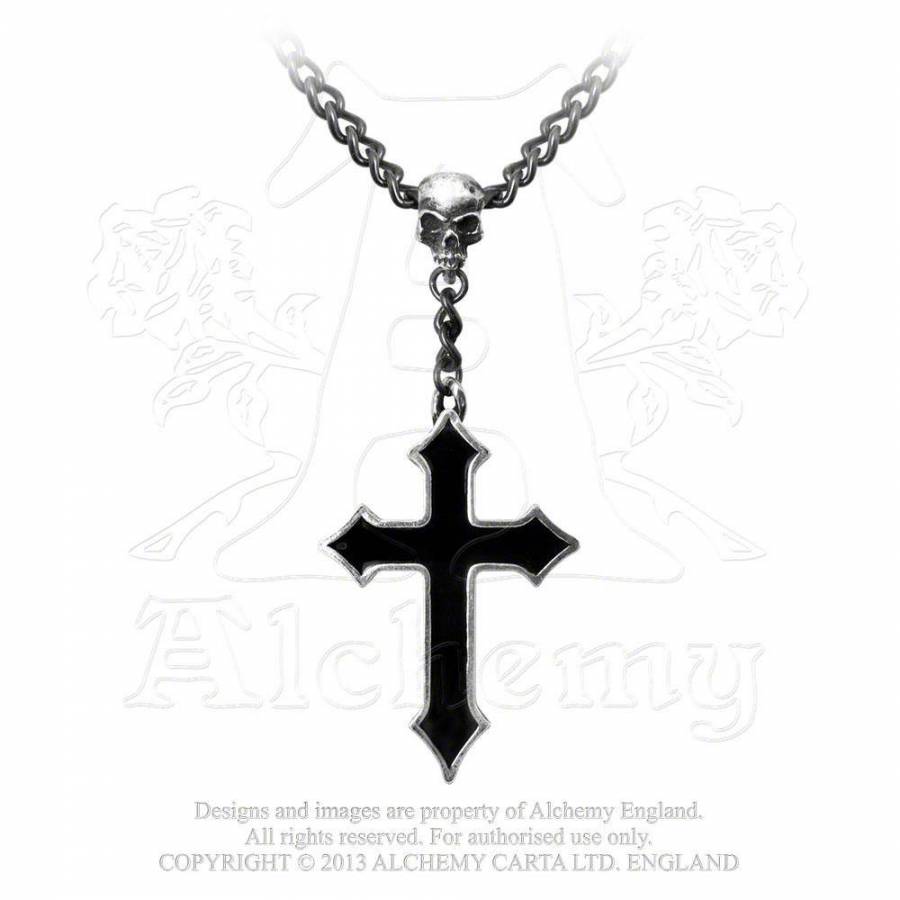 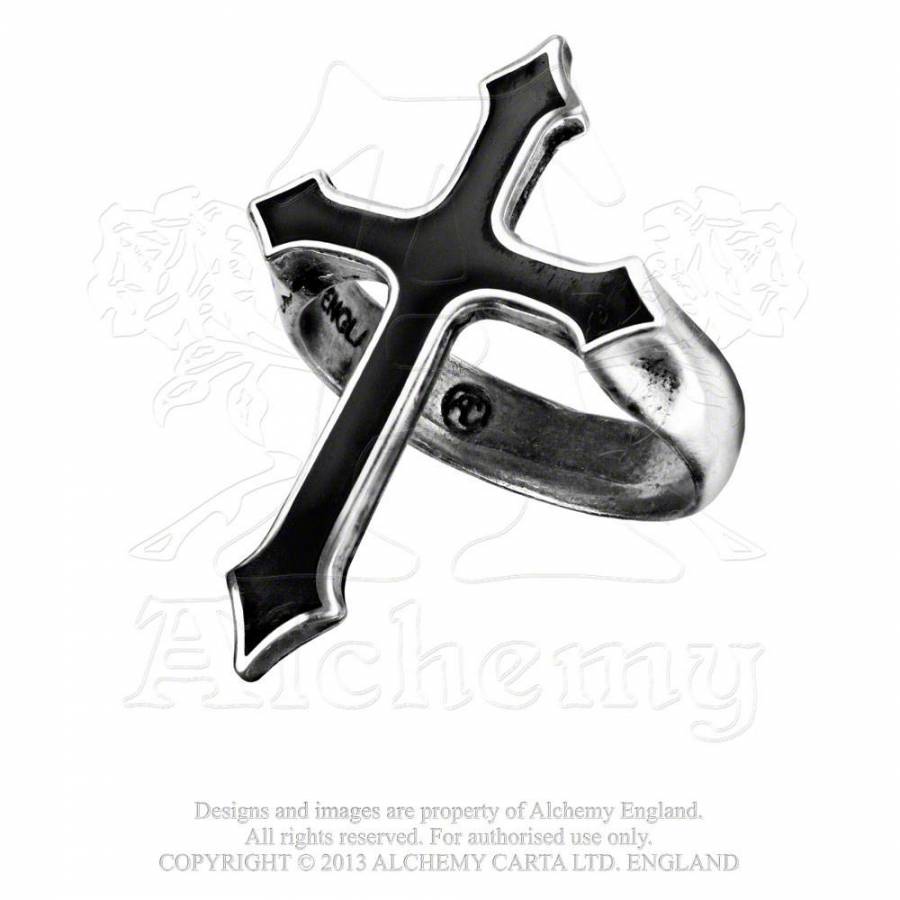 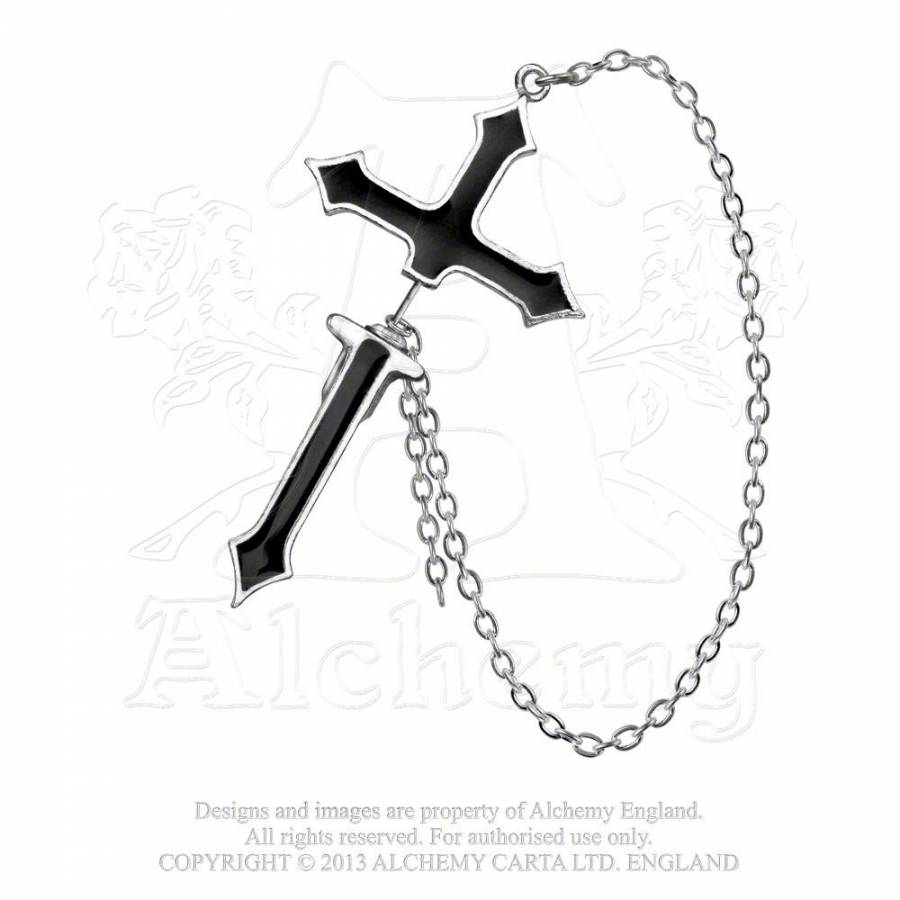