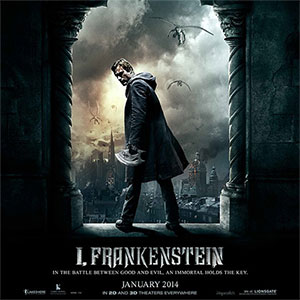 One of this year’s big fantasy-adventure movies has been inspired by well-known gothic novel. ‘I, Frankenstein’ is written by actor and comic book writer Kevin Grevioux – it’s based on his graphic novel, which was inspired by Mary Shelley’s ‘Frankenstein’. Fans of the vampire movie Underworld might remember Grevioux playing the werewolf Raze – he also came up with the concept behind the film and co-wrote the original screenplay.

‘I, Frankenstein’ places the scientist’s famous monster in the modern world where he gets caught up in a battle against demons who want to discover the secrets behind his creation. The film is released in cinemas in the UK on 29 January and stars Aaron Eckhart, Bill Nighy and Miranda Otto.

Get into the spirit of the original Frankenstein story with some of Alchemy’s key Victoriana pieces. Our Hi-Voltage Toric Generator Ring [R.149] is a replica of one of the parts to Ezekiel Empire Rosenstein’s incredible Galvanic Matter Transposition System. And Dr Von Rosenstein’s 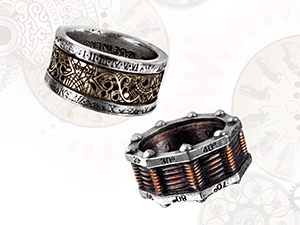 Induction Principle Ring [R.44] dates back to a device used by the 18th century scientist, which pre-dates Victor Frankenstein. Both rings are made from English pewter and are available in five sizes for a great fit.