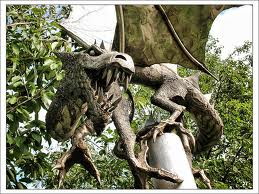 Following on from Yesterday’s Dragon pic on our Facebook page. Here’s another one you may like. Only a few miles down the road from Alchemy, this sculpture at the corner of Manvers Street and Sneinton Hermitage, is the work of a local craftsman, Robert Stubley.

According to the Edwardian historian of the Nottingham suburbs Robert Mellors, a monster lived in certain parts of the city, “who has devoured in the first year of their lives a large number of infants, and, what is worse, probably an equal number who have survived have dragged out a pitiable existence in weakness, 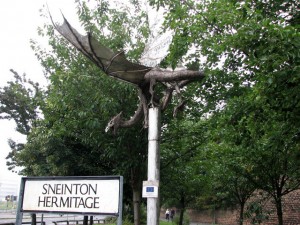 small in stature, deformed, or anaemic, with diseases, lack of energy, unable to maintain themselves, and therefore dependent on others or the public charge; and, worse still, some have had a natural tendency to vice or crime. Who is this monster, and what is his name? His name is SLUM.