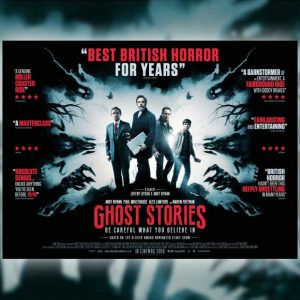 The hit Brit horror film GHOST STORIES has just become available to buy on DVD and Blu-ray. Andy Nyman, the film’s writer, director and star, originally hails from Alchemy’s hometown of Leicester. So we despatched our resident horror fiend, Gavin Baddeley, to talk to Andy, and get the inside story on this homegrown chiller. Andy co-created GHOST STORIES with Jeremy Dyson, who together initially wrote it as a stage play. In that form GHOST STORIES attracted rave reviews, running for over 1,000 terrifying performances between 2010 and 2015, concluding with an Australian tour the following year. END_OF_DOCUMENT_TOKEN_TO_BE_REPLACED