You could be forgiven for thinking that 2012 was a pretty poor year for heavy metal, particularly here in its British birthplace. London hosted the Olympics, with the filmmaker Danny Boyle directing the opening and closing ceremonies, designed to highlight the best of British culture and tradition. Of course the soundtrack was crucial, and Boyle carefully picked a selection of timeless British music and song, from hymns, to TV themes tunes and pop songs, and even some classic punk. The only obvious style conspicuous by its absence was heavy metal. But metal’s used to being regarded as beneath contempt by the media’s accepted arbiters of taste. For many metal fans, being perennially out-of-fashion has become a mark of pride. END_OF_DOCUMENT_TOKEN_TO_BE_REPLACED

Lacuna Coil have been entertaining and inspiring crowds for 18 years now, since their formation in the city of Milan in 1994. The band were previously known as ‘Sleep of Right’ and then ‘Ethereal’ before settling on the name we all know so well Today, translated in English as Empty Spiral. 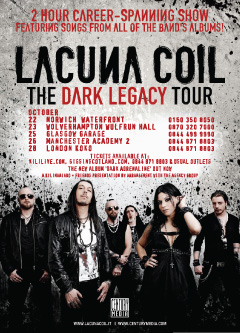 From such humble beginnings, they’ve grown to become one of the best-known European metal acts around today. Their sixth studio album ‘Dark Adrenaline’ was released earlier this year with rave reviews, and they are now currently performing around Europe in celebration of it.

Lacuna Coil have returned to the UK with their Dark Legacy tour, and are set to perform in Manchester tonight, before the final gig in London this Sunday. We at Alchemy are huge fans of the band and the feeling is mutual as they can often be found sporting items from the Alchemy England Apparel and Alchemy jewellery ranges both on and off stage.

Front woman Cristina Scabbia has an impressive range of Alchemy pieces – one of her favourites is The ‘Temptation of Havva’ necklace [P571]. She was also recently photographed wearing one of our statement pieces; the ‘Star of Ishtar’ ring [R162], which is enhanced by a star-cut Swarovski topaz crystal. The symbol represents the Babylonian goddess of love, war and sex and while we wouldn’t go so far as to suggest that Cristina ticks those boxes, there’s no denying she looks stunning in her Alchemy gear! 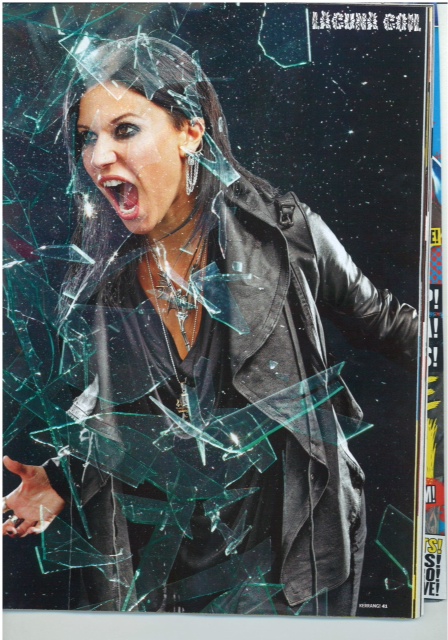 Cristina was recently featured in the Kerrang Magazine, wearing the latest additions to her ever expanding impressive collection of Alchemy treasures! She wears the ‘Upir’ Pendant [P584] accompanied by the ‘Hornets Nest’ Ear-Wrap [E303] [Both pictured below]. 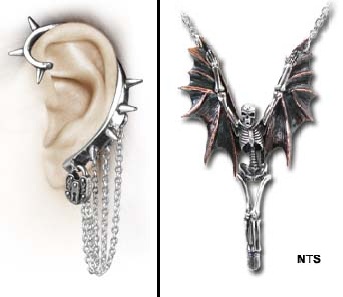